RICHMOND, Va. -- The parents of seven-year-old Maddie Hays said they hoped their daughter's story would spread far and wide. They hoped someone, a doctor perhaps, would recognize Maddie's symptoms and offer a cure to the mystery illness that has plagued the child.

"Maddie is miserable," mother Erin Hays said. "She has seen specialists in rhuemetology, immunology, dermatology and infectious disease. We are currently waiting on an appointment with hematology/oncology. "

Maddie first broke out in what her mother called a "mystery rash" when she was just two years old. That rash went away.

The rash came back last Fall, with a vengeance. It is so large, it has caused painful swelling on Maddie's face. When the swelling gets very bad, her mother said, Maddie's eyes are forced to close.

Erin Hays said she was terrified that if Maddie did not get to the right doctor soon, her condition will continue to worsen.

"All the doctors and specialist we have seen think whatever is plaguing my daughter is extremely rare and yet no one can figure out what is going on," Hays said. "It is attacking her body, scaring her face and causing lymph nodes to swell. It is making her afraid to be seen in public. She currently cannot attend school."

Maddie's three younger siblings have never shown signs of the illness. For years, Maddie saw doctors in Alabama. Since her family moved to New Kent County three weeks ago, Maddie has started to see doctors at VCU Medical Center.

Her family has set-up a GoFundMe page to raise money to help offset their medical bills.

"My family will be more then appreciative for any financial help donated, but more importantly please help us find her the doctors she needs so we can get Maddie better!," the frustrated mother wrote. 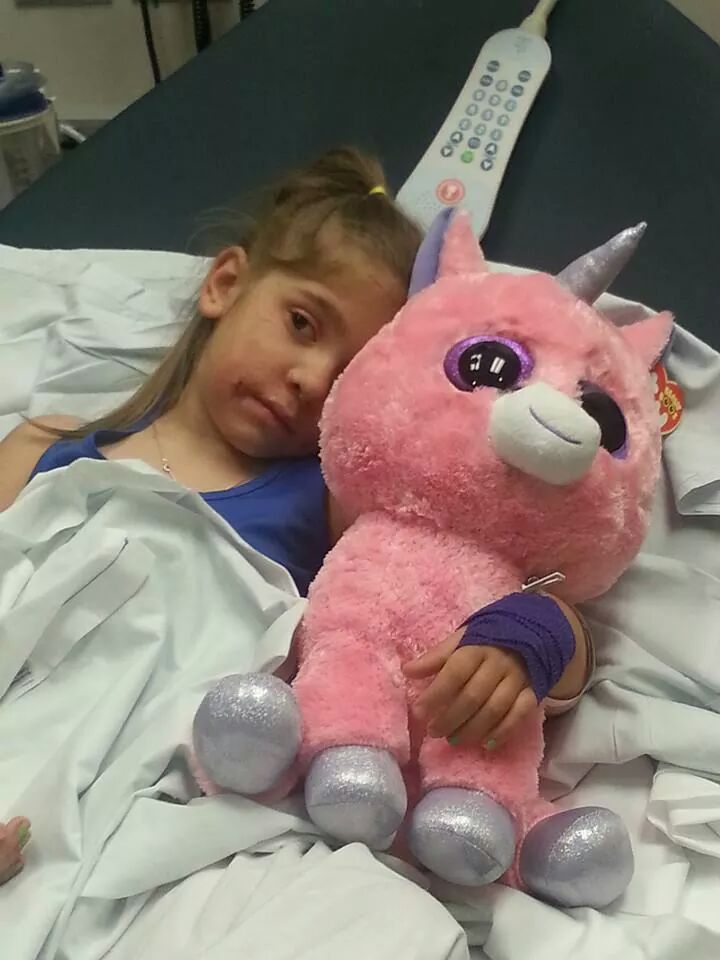