After restoring more than 50 grave markers, cutting brush and removing limbs removed from the four-acre site that is the final resting place for more than 700 people, including veterans from the War of 1812, the Civil War, World War I, World War II, Korea and Vietnam.

But over the past 12 months, some people have started using the road that leads to the cemetery -- and the cemetery grounds -- as their own personal dumping site.

"I think it's horrible.  I think it's a desecration to the people buried here," Ettrick Cemetery Foundation President David Wright said.

Wright, along with Lucky Burruss, have spent countless hours combing the cemetery and repairing decades of disrepair and decay.

The pair do not mind the hard work, but said they do mind having to pick up after others.

"Well, it's pretty disheartening when you spend time repairing stones and trying to get the cemetery to look real presentable and you come out and find a freezer full of rotting meat sitting on the side of the road," Burruss said while walking through the cemetery.

Then three mattresses appeared on the road last week.

"I stopped my car and got out and cried. Literally in tears because how can somebody dump their garbage where my fathers lying and resting," said Linda Via, who visits the cemetery weekly.

In the past few months, about two dozen tires have had to be hauled away and an entire tree cut into sections, was pushed off onto the sacred ground.

Chesterfield County Police said they are aware of the problem and routinely patrol the area.

If you have any information about the illegal dumping you are asked to call Crime Solvers at 804-748-0660. 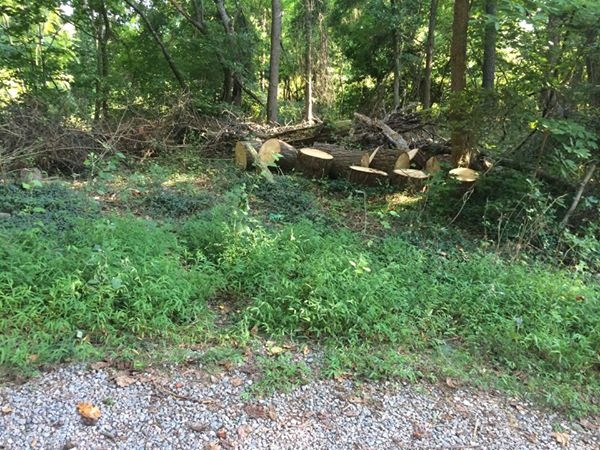