The student's mother, Mary Martin, admitted her son hit another student first. But, she said, she was convinced he did it because he was being bullied and called disparaging names . After her son lashed out, she said other students jumped in and severely beat her son.

“If he hit someone, it's because he was being bullied. I’m not saying it's OK to hit anyone, but he was pushed to the max," Martin explained.

Martin said the incident happened during the school day and, to her knowledge, her son’s art teacher was inside the classroom at the time. She said the teacher was unable to break-up the fight.

"He has a broken arm, he has a bruised body. His head was hit on the cement floor and now he has brain swelling,” Martin said. Martin said she and her husband wanted answers from Henrico County Public Schools. 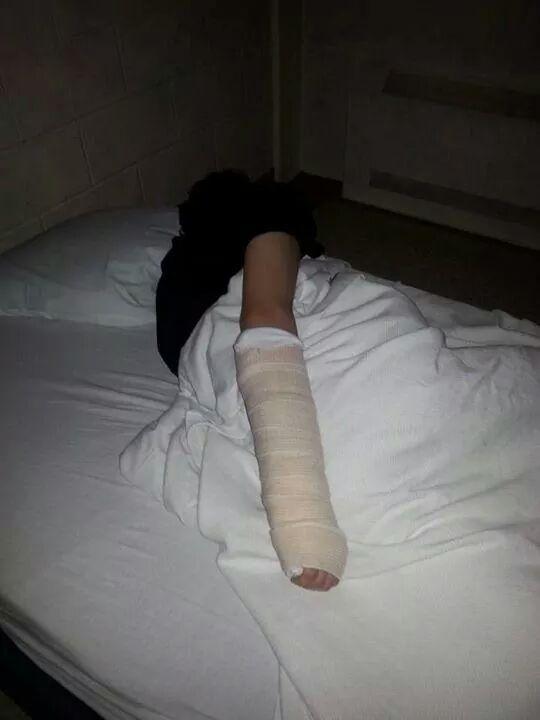 Police have not released information about the incident. A police spokesperson said officers were working with the school in an ongoing investigation.

Henrico County Schools spokesperson Andy Jenks did release a statement on the issue:

“We take very seriously the safety and security of our students, and we are investigating this incident. As always, school divisions are very limited in what information can be made publicly available. Any of our students who are determined to be responsible will be dealt with according to our established disciplinary policies and procedures.”

Jenks also said there were three students involved in the alleged beating, not four as Martin stated.

“We are trying to get charges against whoever needs to be charged and get my sons out of that school," Martin said. "If it’s the last thing I do, I’m going to hold the school accountable."

Martin also explained that her family is struggling financially to get legal representation and she believed the matter should be settled in court. Most of all, she wanted  her son to get better and said she is praying his injuries won’t affect his future.

“We are our child's only advocate. We’ll advocate for him every step of the way," Martin vowed.