CHESTERFIELD COUNTY, Va. — A Chesterfield woman has started a GoFundMe campaign to raise money for an ultimate surprise party for her dying mother.

Coral Hilborn, 24, said that her mother, Delaine Hilborn, was first diagnosed with stage four brain and lung cancer back in April. At that point, doctors told the family that the 54-year-old had anywhere from six months to a year to live.

Accordingly,  Hilborn decided to throw her mother a big birthday party in January to celebrate everything that her mother has done for others and their family over the years.

But then the family received some heartbreaking news.

“The chemo has stopped working and the cancer has spread to her liver. They also said the cancer was growing. I took the doctor outside and told him I was trying to raise money for her party in January. The doctor said that most likely she won’t be with us anymore by then,” Hilborn wrote.

As a result, Hilborn decided to host a “Celebration Of Life Party” in October in hopes that all of her mother’s friends could attend.

“I want to rent a place, have a DJ all kinds of stuff with EVERYONE she knows! I want to show her all the people who love and pray for her, and I want to celebrate all the years she has graced us,” she wrote.

That’s when she created the GoFundMe account on Aug. 15 hoping to raise $600 for the party.

Coral Hilborn and her mother Delaine

“So now I am begging! Anyone who can afford to help, please help me. My mom is not going to be here much longer! If you can’t, PLEASE PRAY FOR HER! AND SHARE THIS IN HOPES THAT SOMEONE CAN HELP!”

For the latest GoFundMe update posted Saturday, Hilborn said things were looking up. As of Sept. 9, the account had raised $120.

“Alright everyone things are looking good! We have an event place, a cake, food, and drinks, im going to go look at a dress today. Now I just need to get the ABC licence, a DJ, decorations and a photographer! Good job everyone! Thank you for making this happen! I couldn’t have done it with out all of you!”

Hilborn said the celebration will be held at Elegant Events at Wrexham Hall in Chesterfield after a generous donation from Donna and her son, Mike.

“People shared it and they found my GoFundMe link and emailed me. It is so amazing!” she wrote. 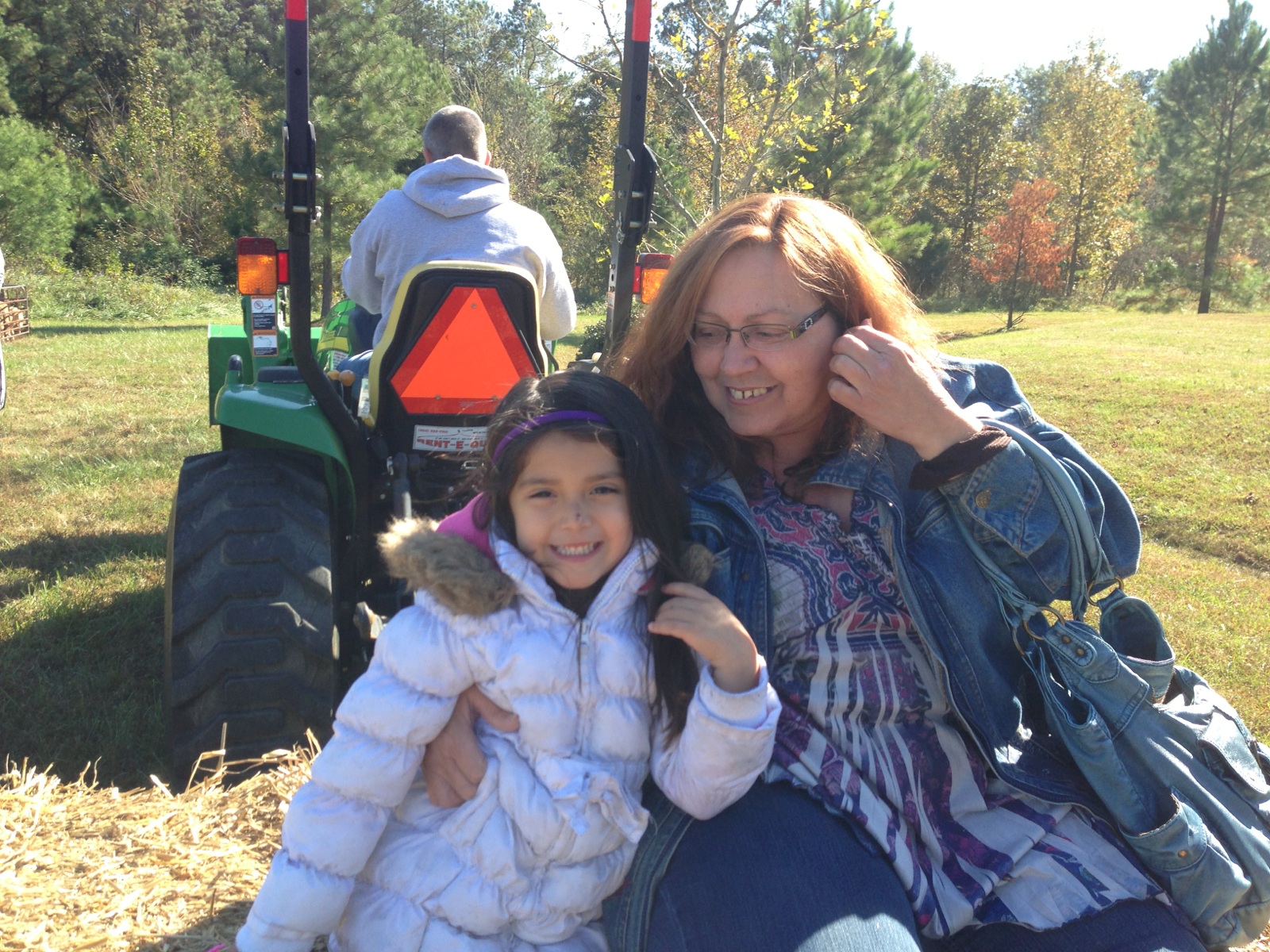 Hilborn shared this cherished memory of her mother with WTVR.com:

Of course I spend time with her, but really she has worked so much since my dad left. She was working Monday through Saturday almost every week. Then Sundays were our days to do stuff together. The funniest thing I can remember right now was last winter. My daughter was 4 and it snowed and she wanted to go sledding so bad! So my mom and I took her and she begged and begged for mom to go down the hill too. So finally mom did and she sled all the way down and up the other side. Haha I don’t know why that memory is what I’m thinking about but it was just so much fun!

Hilborn said that since her mother has been diagnosed, she has bascially been resigned going back and forth to the hospital for treatment.

“It is very important to me that she gets this one day to realize how much she means to me, and how much of an impact she has had on others too,” Hilborn said.

Coral Hilborn and her mother Delaine