Chef who brought down McDonnells dishes on Bob and Maureen 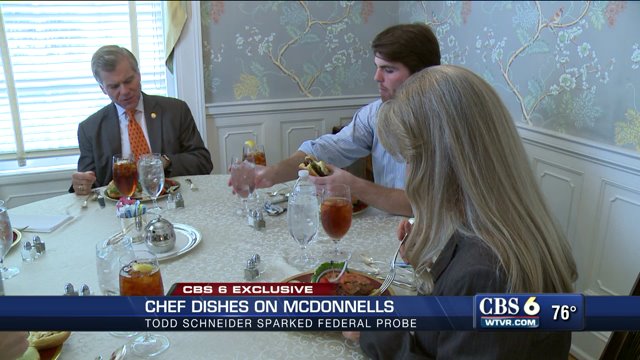 His initial testimony ultimately brought down the McDonnells. 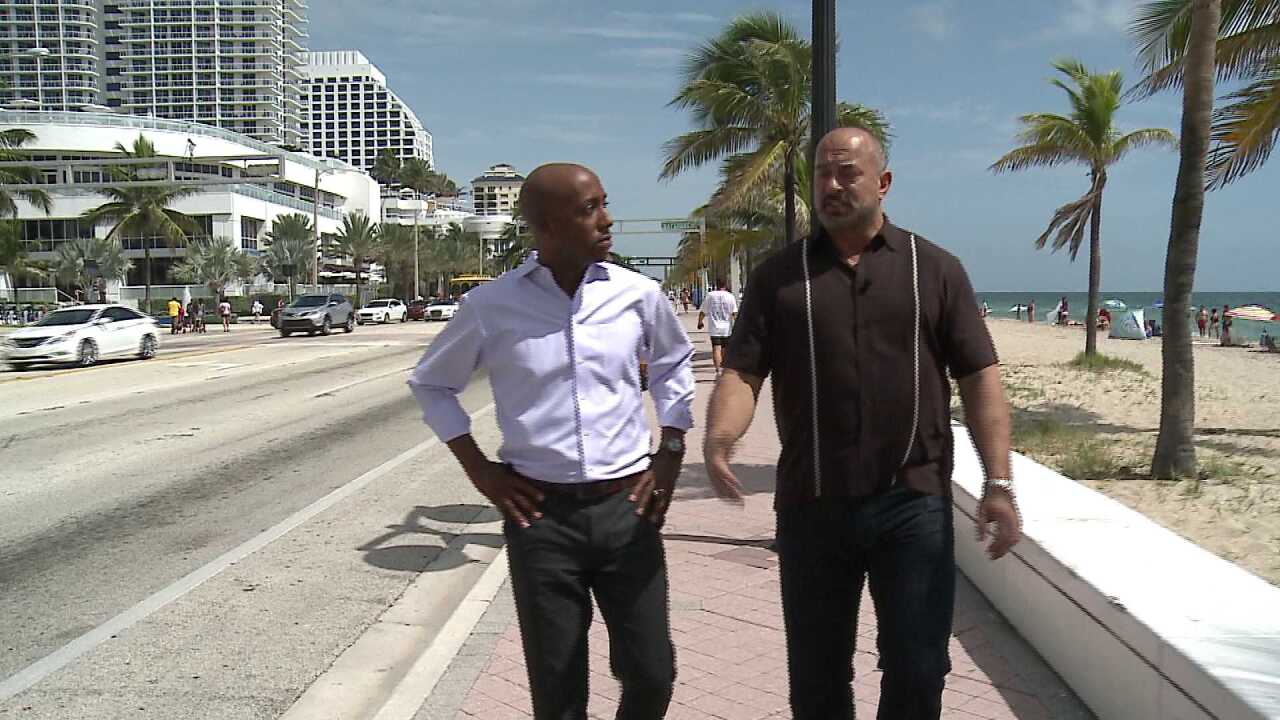 FORT LAUDERDALE, Fla. -- A key figure in the corruption trial of former Virginia Governor Bob McDonnell and his wife Maureen, sat back and watched the legal and political drama play out on television.

Former Virginia Executive Mansion Chef, Todd Schneider said Thursday, justice was being served on the menu after the conviction of the former first couple.

It was Schneider, you may recall, who went to the FBI with the key evidence used to indict the McDonnells on charges they accepted gifts and money from political donor and Virginia businessman Jonnie Williams in exchange for promoting Williams’ company, Star Scientific, and its dietary supplement supplement Anatabloc.

Todd Schneider was the Virginia’s executive mansion chef from 2010 - 2012.

Schneider only alerted authorities to the McDonnells' relationship with Williams after the chef was charged with embezzlement when someone accused him of taking food and other items from the Virginia Executive Mansion.

In this first sit down television interview since the McDonnell scandal broke,  Schneider told CBS 6 reporter Lorenzo Hall he was upset the McDonnells did not come to his defense and acknowledge the barter system they had in place. He said he would order food for his private catering business through the mansion in lieu of payment for work his company did for official state business.

"I'm not mad at the McDonnells. I'm not a disgruntled employee. I'm a hurt family friend," Schneider told Hall in an exclusive interview scheduled to air Thursday on CBS 6 News at 11. "I felt like I went up to my parents and they just shut the door in my face and said get out."

"I'm not mad at the McDonnells. I'm not a disgruntled employee. I'm a hurt family friend," Schneider said in 2014.

Soon after he was removed from his job at the Executive Mansion in early 2012, Schneider moved to South Florida to escape his sudden notoriety.

He returned to Virginia from time to time to go before a judge on those embezzlement charges. Last September he pleaded no contest to two misdemeanor counts of embezzlement.

Under an agreement, Schneider avoided jail time and was ordered to pay $2,300 in restitution to the state.

"It was the best thing to do economically for me," Schneider said about his plea deal. "I'm not guilty. I would not say I was guilty."

During his time in South Florida, Hall asked Schneider about life in the Executive Mansion with the McDonnells, specifically his reaction to Bob McDonnells’ portrayal of his struggling marriage.

Schneider told Hall, that was one of the saddest aspects of this trial. He admits to having a soft-spot for the McDonnells. The chef told Hall, he’s disappointed the couple used their marriage as defense.

While on trial, the former governor said his 38-year marriage to Maureen was on the rocks and the two rarely talked, but Schneider said behind the scenes, he saw a different couple.

"I saw nothing but a loving couple who were really into each other and you can, how can I say it? Feel it. You could feel the love," said Schneider.

However, the chef said what saddened him the most was the character beating Maureen took in court. She was described by former staffers as, “a nutbag,” “a diva,” and “a screamer.”

Schneider said Maureen was like his sister to him and they hung out in the kitchen frequently, catching up over a glass of wine until the former governor joined them for a beer.

“She was awesome. She was great to be around. Fun and smart. She’s not a stupid woman. She’s a very smart, bright woman. I liked her,” said Schneider.

The chef said he preferred to remember the McDonnells in happier times. As he tries to rebuild his life in Fort Lauderdale working for a smaller catering company, the McDonnells prepare to find out just how much time they’ll spend behind bars.

"I feel their getting their just deserts. It’s the truth," Schneider said.

The former Virginia Executive Mansion chef said he had no plans on returning to Virginia, but admitted he is writing a book about his time working at the mansion.