Inspirational woman from Ashland, named Virginia, passes away at 108 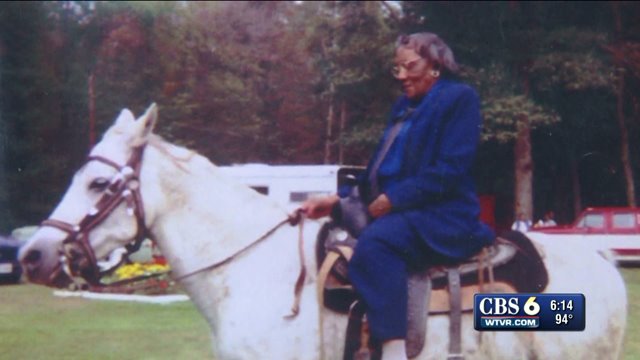 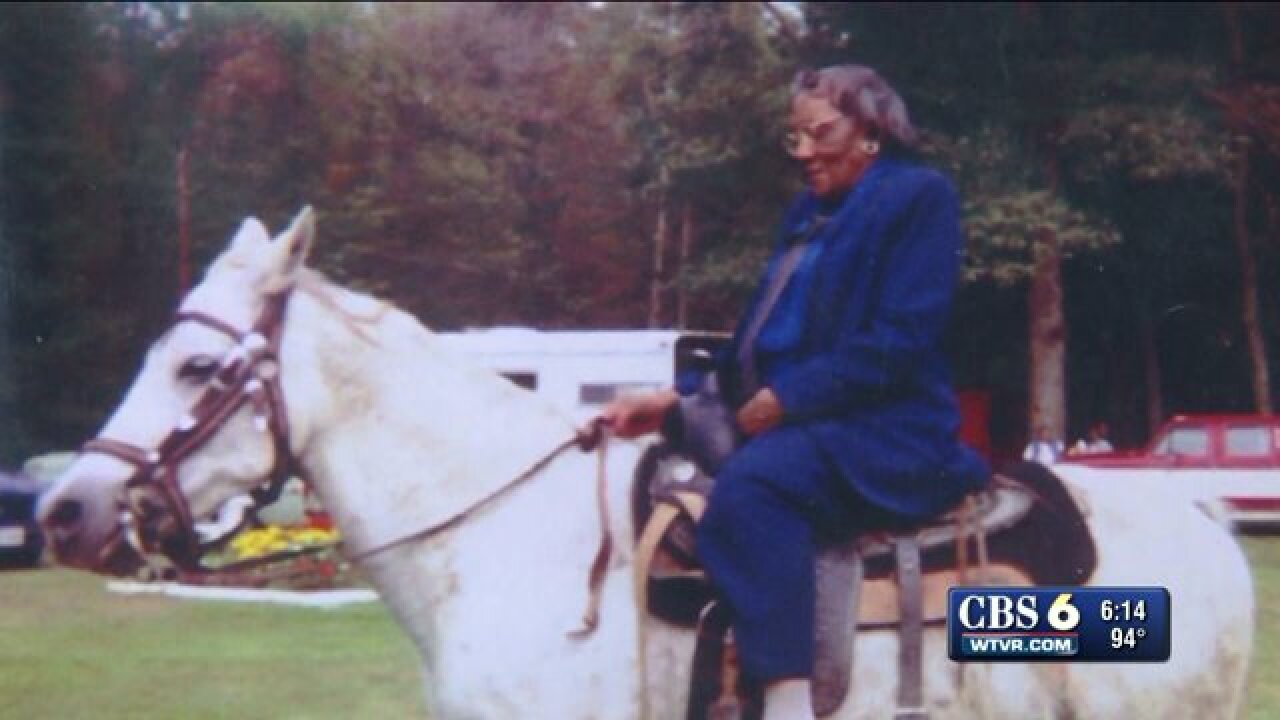 ASHLAND, Va. -- Antoinette Smith describes her grandmother Virginia Shelton as a lady who was always poised and full of grace.

Shelton was known throughout Ashland and the Hanover community and was one of the area’s few centenarians.

Smith says they called Shelton “She She” and celebrated with her every year. Shelton was 108 years old Sunday when she passed away at an area nursing home.

Smith and other family members say Shelton was known for her unwavering faith and her love of God.

She was riding horses at 100 years young and even competed with younger family members to catch the bridal bouquet at a family wedding last year at the tender age of 107. Grandson Rick Anthony says he remembers her as being full of life.

“She climbed up on that horse at 100 years old; he did it by herself,” Smith explained. “People couldn't help but be captivated and amazed by her because at her age she was full of life," Anthony said.

Family members tell us Virginia Shelton was once honored and given the keys to the town of Ashland. She was even recognized by Hanover officials for her dedicated volunteerism.

“She She” or Aunt Sis as she was called was eight days away from her 109 birthday. Those who knew and loved her say she left an indelible mark on the hearts of many in her beloved church, Providence Baptist Church.

We spoke with Rev. Lawrence Samuel who was a pastor the church the past 11 years and got to know Shelton quite well.

“This lady was unique in so many ways," he said. "She was active in church, a deaconess and a missionary."

"She had a great life and she shared it with others, " Samuel explained.

He also lovingly remembered how Shelton and her husband of more than fifty years would captivate crowds with their fancy foot moves in years past. Smith says her grandmother, who outlived her husband Charles Pillsbury Shelton loved to dance.

When asked how she managed to live such a long, full life, Smith repeated what her grandmother had been telling people for years.

“She would tell you to take the JC pill; that means Jesus Christ," Smith. "I think that allowed her to have 108 years of life."

Virginia Shelton’s life was highlighted in parts of a PBS documentary called “Witness to a Century”. Her family says many people openly marveled at the life “She She” lived.  She was raised on a plantation in Hanover, endured years of segregation but her family says she always had a positive attitude about life and her country.

They say it was a thrill for them to see her excitement back in 2010 when she got to meet President Barack Obama.

“That was a highlight of her life. We have pictures of him hugging her. He even commented on how strong her grip was, " Anthony explained.

What was even tighter? The grip this lovely woman 108 years young had on so many hearts. She will never be forgotten.