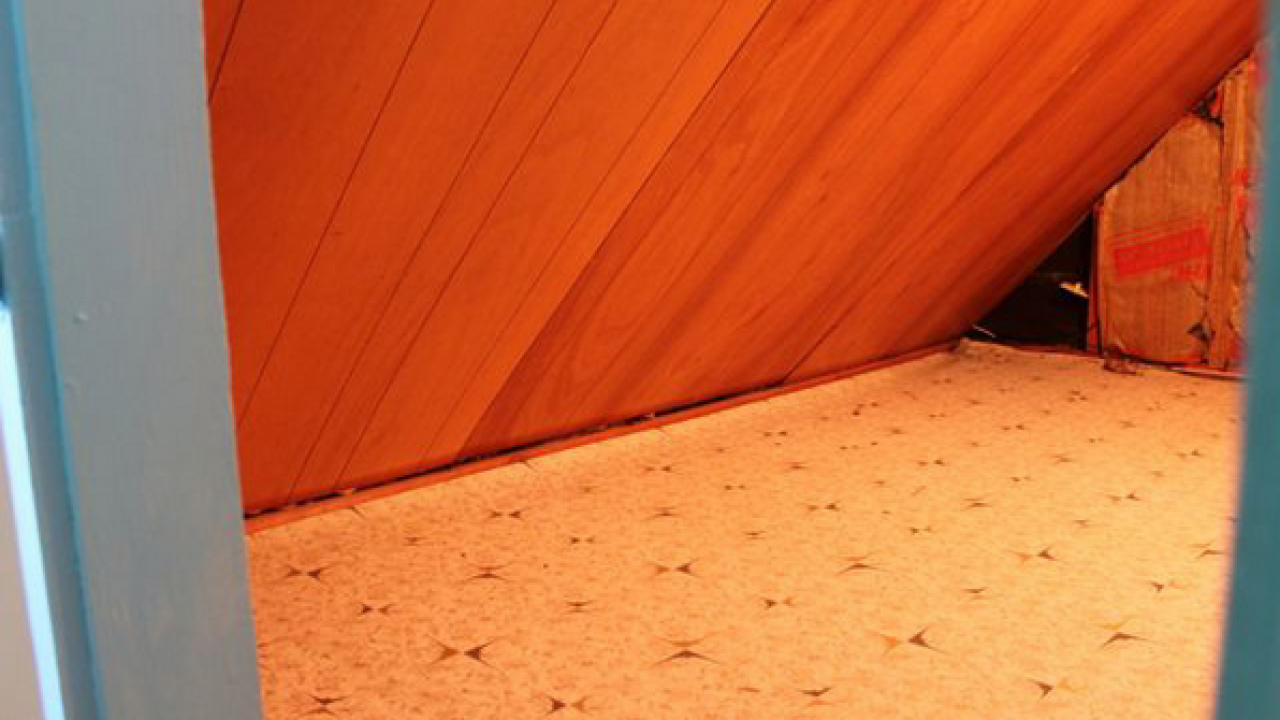 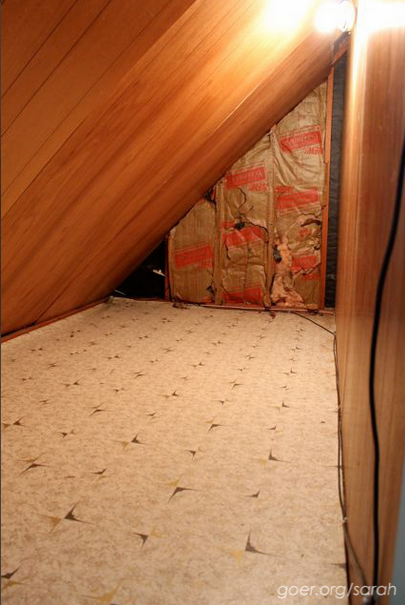 Sarah Goer posted on her blog earlier this month the tale of how she and her husband came up with an awesome use for a storage room in their new home.

When we bought our house two years ago The Boy was not quite 2 years old. The room that was to be his had a storage room attached to it. Our roof pitch is really steep next to his room, so it forms a triangular room 7 feet by 12 feet. The door is about 2 feet by 4 feet.

Goer said she decided sometime after the child’s third birthday that “The Secret Room,” the doorway of which was hidden from sight by a conveniently placed dresser,  would serve as the ultimate  birthday present.

As a result, the family’s contractor started working on the space, but only while the Goer’s son was at school.

Once the construction was completed, Goer got to work decorating the space. She said she found a lot of goodies from Ikea.

I didn’t have a great place for where to store dress-up clothes, so I knew I wanted to put them in The Secret Room as well. We have friends who use this Ikea box for dress-up and it was just the size to fit by the door. I added a rug from Ikea to the middle of the room and relocated a floor pillow and quilt from elsewhere in the house to provide a comfy reading area.

Finally, the child’s birthday arrived. His parents came up with a treasure hunt with clues stashed around the house. The last clue was to try to slide over the dresser in his room.

He needed some help to move the heavy piece of furniture, which had kept the space that had been hidden away for so long.

Once the dresser was pushed aside, the child spotted a small door. When asked what he wanted to do, he said “I think we should peek inside it.”

Once he walked inside the bright, beautifully decorated space, his mother explained that the room was his birthday present.

“A secret treasure room! I like this room so much,” the boy said. “Thank you father and mother.”

Have you done something awesome for your child’s birthday? Leave a comment below and we might feature your story on WTVR.com.