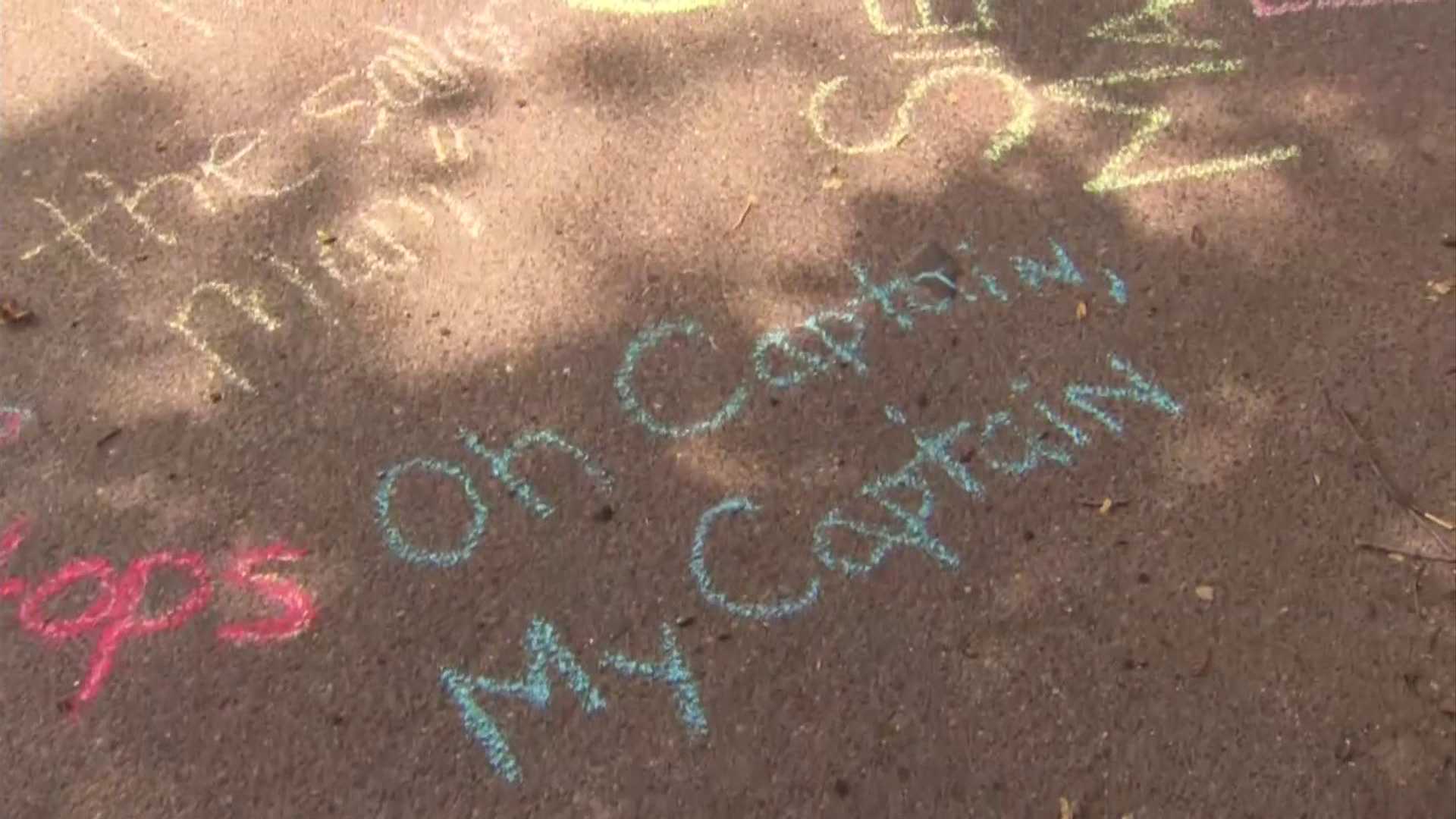 As the world continues to mourn the death of celebrated actor and comedian Robin Williams, fans are seeking out landmark locations from his movies and turning them into makeshift memorials.

An Imgur user posted this picture of the San Francisco home of “Mrs. Doubtfire” where the steps were covered in bouquets of flowers.

An area of the Boston Public Gardens where the movie ‘Good Will Hunting’  was filmed has turned into a spot for people to pay tribute. Fan are writing messages, and some famous lines from his vast catalog of movies in chalk on the pavement. Flowers adorn the bench and people stand silently together in reflection.

One particularly poignant message was inscribed, taken from ‘Patch Adams’: “You treat a disease, you win, you lose. You treat a person, I guarantee you, you’ll win, no matter what the outcome.”

A petition has already been started in effort to have a Robin Williams statue created for the infamous bench where Williams and Matt Damon sat in the gardens. One person commented that they work for a statue manufacturer and want to help.

Memorial for Robin Williams continues to grow at the Good Will Hunting bench in the Boston Garden. (pic @shdonovan19) pic.twitter.com/3oRxwIN5Bs

Over on the West Coast, in Los Angeles, a wreath marks Williams’ Walk of Fame star, along with bouquets of flowers, and lit candles.

At the Walk of Fame

The home where Williams first-landed as alien Mork is located in Boulder, Colorado. Fans and even a politician flocked to the house that was the set of the 1970s Boulder-set sitcom.

Home in Boulder , CO where Mork & Mindy was based and where Robin Williams began his career. pic.twitter.com/th5Ba4cypp

“This our town’s most fictitious residents, so, just paying my respects.  I’m sure Robin would have appreciated that,” said Rep. Jared Polis.

At the Mork house in Boulder