Woman takes to Facebook for help identifying this creepy creature

UNIVERSITY PLACE, Wash. (WTVR/Q13Fox) – Crowdsourcing information can sometimes be the most direct way to rule out whether a mysterious eight-legged creature is actually an alien life form, or just a nightmare — or a harmless folding-door spider.

A Tacoma, Washington woman posted pictures of the creature that resembles a spider onto the Facebook page of our affiliate Q13 FOX.

Hailee Graff described it as a “creepy unknown species,” in her Facebook post. “No clue what it is, alien!? Can you tell us?” she asked.

That’s where Rob Crawford of Seattle’s Burke Museum of Natural History and Culture stepped in with his expertise and assured Graff that the mysterious creature is not a “new life form.”

He believes it is a folding-door spider. 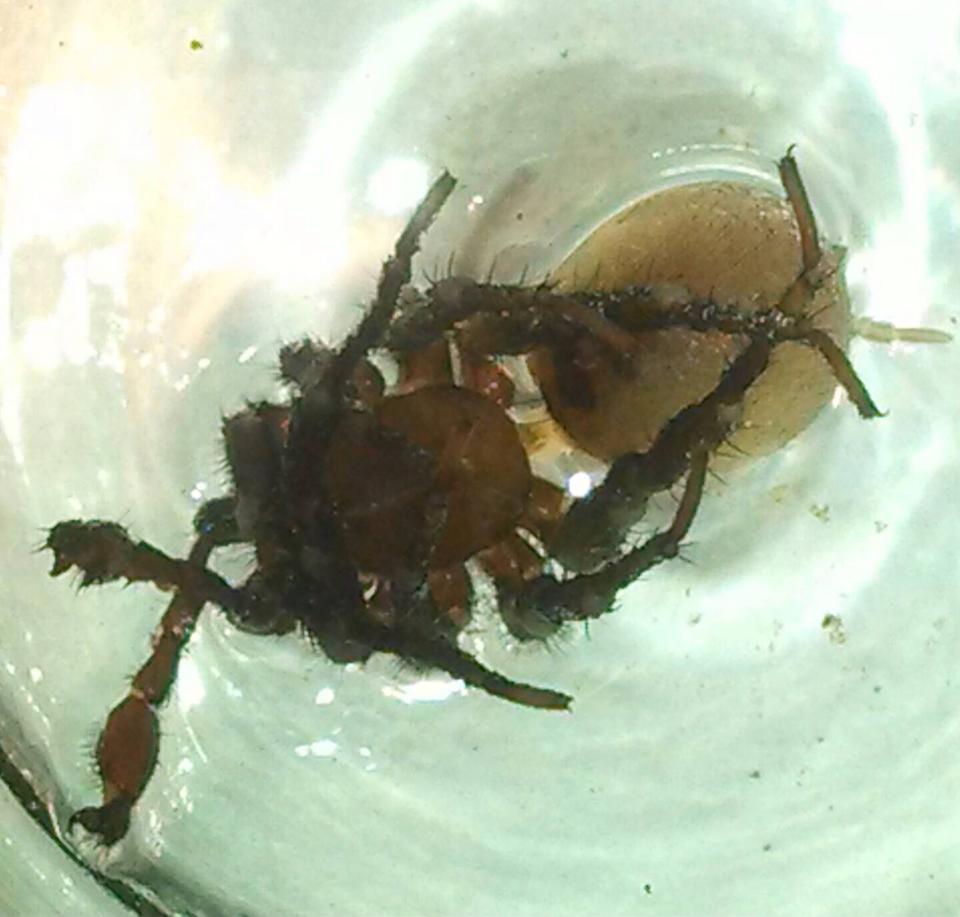 “Their behavior is similar to the more-famous trapdoor spiders. They stay underground most of their lives which is why they are unfamiliar to most folks,” Crawford told Q13 FOX.

A closer look at the pictures shows a large thorax, seemingly pliant body and gangling, long legs that almost appear to have pincers.

That is a non-scientific certainty.

Mostly though, these spiders are not aggressive and few will ever see one.