SAVANNAH, Ga. -- Jonie and Chachi, the lab-pit bull mix and Chihuahua who gained recent internet fame, have found a forever home in Florida.

Jonie was discovered earlier this month wandering the streets of Savannah carrying Chachi in her mouth because the long-haired Chihuahua was injured.

"Jonie, a white lab-pit bull mix many times larger than Chachi, was walking around with Chachi in her mouth, carrying him from place to place, stopping occasionally to lick his swollen eye. Clearly, Chachi appreciated the attention," read a post on the Savannah-Chatham Metropolitan Police Department's Facebook page.

Veterinary staffers performed surgery to patch up the pup, but they were unable to save the dog's ruptured eye.

Then the pair were reunited after Chachi's surgery. Shelter staff said that the canines licked, whined and caressed before cuddling up together.

Christina Sutherin with Metro Animal Control noted that it would be best if the pair were adopted together because of the special bond they share.

“They both just light up whenever they are around each other," Sutherin said. "We would really like to have them placed in a home together to be able to continue that bond. Sometimes separating them they do go through an emotional stage where they do feel separation.”

People from Florida, Rhode Island and California expressed interest in adopting the animals after their story went viral, but one lucky person from Florida was chosen.

Sutherin, who found the pair roaming a Savannah neighborhood, shared the news with dogs Wednesday afternoon.

"She has researched a new owner in Florida and plans are being made to transport them. The transfer will take place in August after the period required by state law to transport animals across state lines after inoculations have been given," read a post on the Savannah-Chatham Metropolitan Police Department's Facebook page. 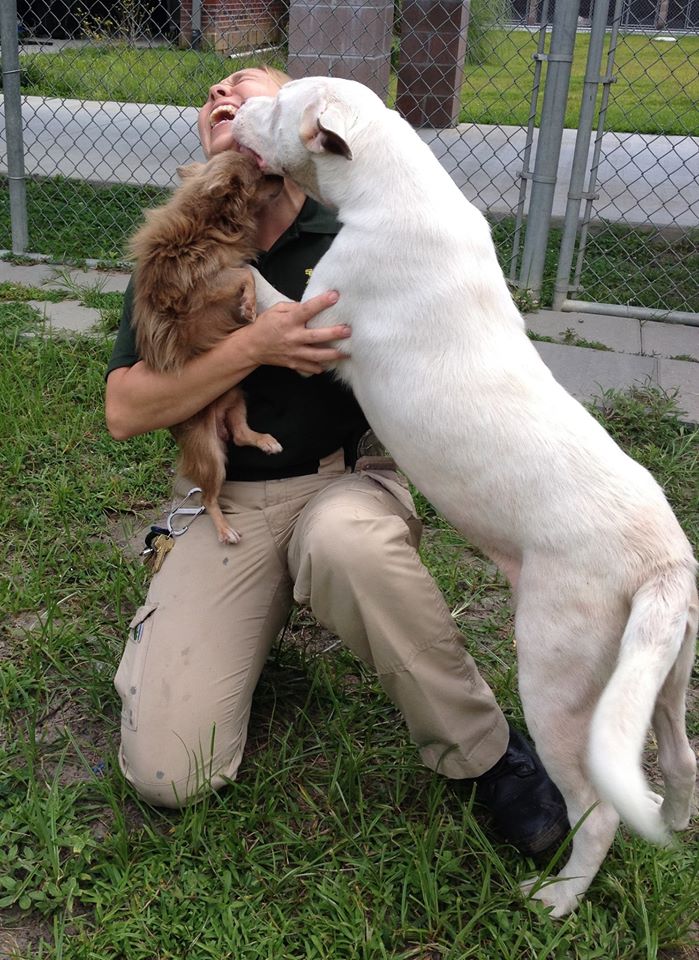