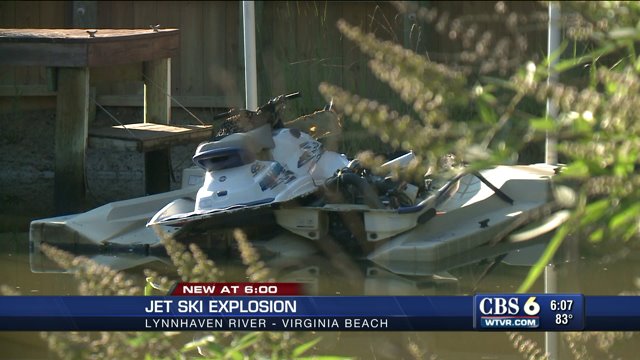 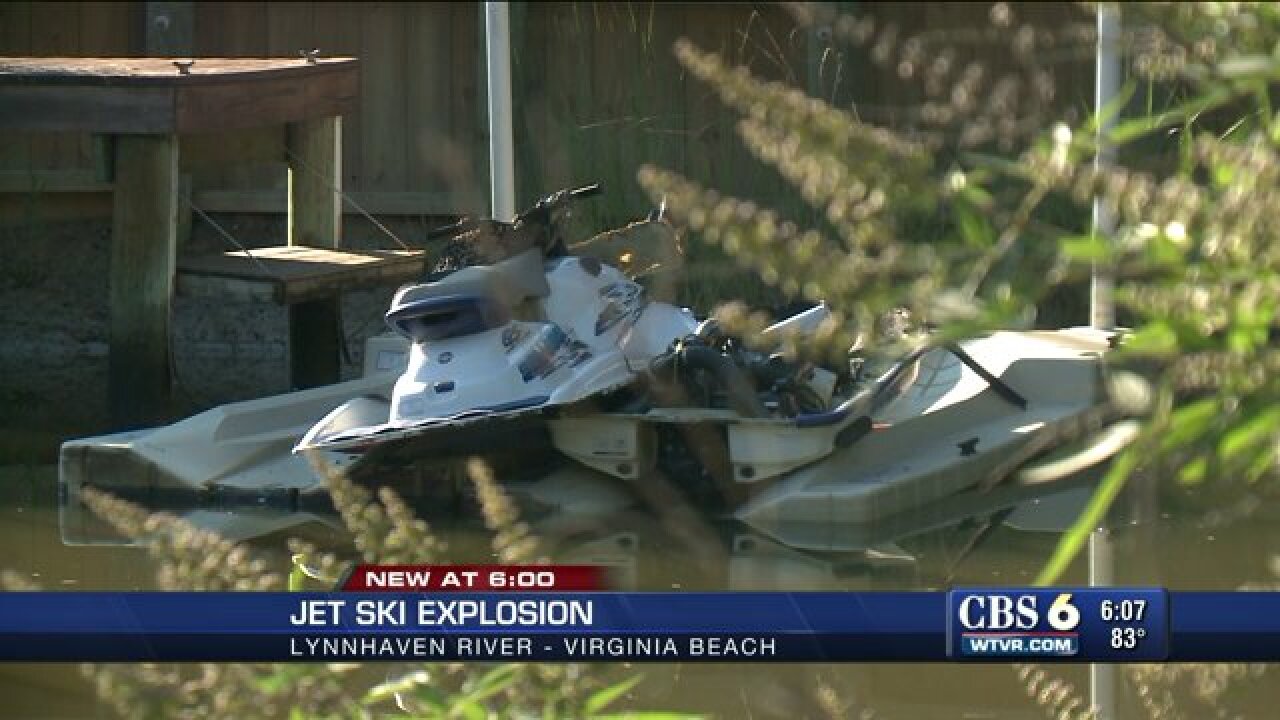 VIRGINIA BEACH, Va. -- A Virginia Beach man took action to save a woman after her jet ski exploded Friday afternoon.

"She had said she was shot in the air 15 feet and when she landed she landed on the jet ski in the dock and fell in the water," said Lance Shores.

Her jet ski was blown into two pieces after the explosion.

"I heard faint help. So when I saw the smoke I automatically knew it was the neighbor to the left of me and once I got there she, there was another lady with her pulling her out of the water," Shores said. "The jet ski, the flames were 20 feet high in the air."

A second woman pulled her friend from the water and onto a nearby floating dock.

"The lady that was helping her, her skin was actually, I could see her skin melting on her."

Shores did not hesitate to get both women away from the flames.  He dragged the women onto the lawn.

"I pulled her off the dock, drug her across the floating dock and she kept telling me to leave her there. The wind was blowing in our direction and I could feel the flames on my arms."

The woman's husband was still on his jet ski in the river.

Shores called 911 and tried to calm the women. He said she was in shock and kept screaming about back pain.

When crews  arrived the jet ski started floating away. Shores said he witnessed the fiery jet ski floating in the middle of the canal as the wind pushed it towards a marsh. Firefighters couldn't reach the flaming jet ski from the shore, so they had to go about extinguishing it a different way.

"He took my canoe and he canoed to the scene."

Minutes later the fire was out.

The victim's current condition is unknown at this time. Her sister said off camera that while she is worried, she is optimistic she will be okay.