Fire crews were called to the church about 6 a.m. Saturday. Hours after the church went up in flames, smoke could be seen billowing into the air.

"I was in the back of my cabstand cleaning my cab out and I saw the smoke coming from the building," said James Robinson.

That's when James Robinson jumped in his cab and alerted police. His company is a block away.

"I went inside and told the dispatcher that the building -- he church was on fire," said Robinson.

The church is located on Main Street, across the street from the Emporia Police Department and near a fire house, so emergency response to the fire was quick.

Robinson shot cell phone video of the flames as it consumed the back of the church.

"It was sad you know to see a church on fire," said Robinson.

Fire officials said the blaze started on the third floor, and it appears to be some type of electrical malfunction.

"It's just been a long ordeal. They've been battling it all day long. They had units here from Lawrenceville and Jarratt," said Ken Royals, Emporia Emergency Services Coordinator.

After the fire was brought under control, work crews tore down the fire-damaged back portion of the 108-year old church

"The back part of the church is totaled. The walls will be there. They're going to have to tear it down to the ground level and start rebuilding," said Royals.

Longtime church member Don Mountjoy who has been a member of the congregation for 20 years.

"It's just heartbreaking to see this... It's hard to comprehend something like this happen. A close knit community like this," said Mountjoy.

And while church members gather waiting on word from authorities, Robinson is thankful he spotted the flames before it was too late.

"I hope things work out for them…especially the church... We need all of our churches…you know…operating…you know… because now a days without the Lord you're lost," said Robinson.

Church leaders cannot yet say how much it will cost to rebuild, but told CBS 6 News that they plan to hold Sunday service at a nearby park until fire officials wrap up their investigation. 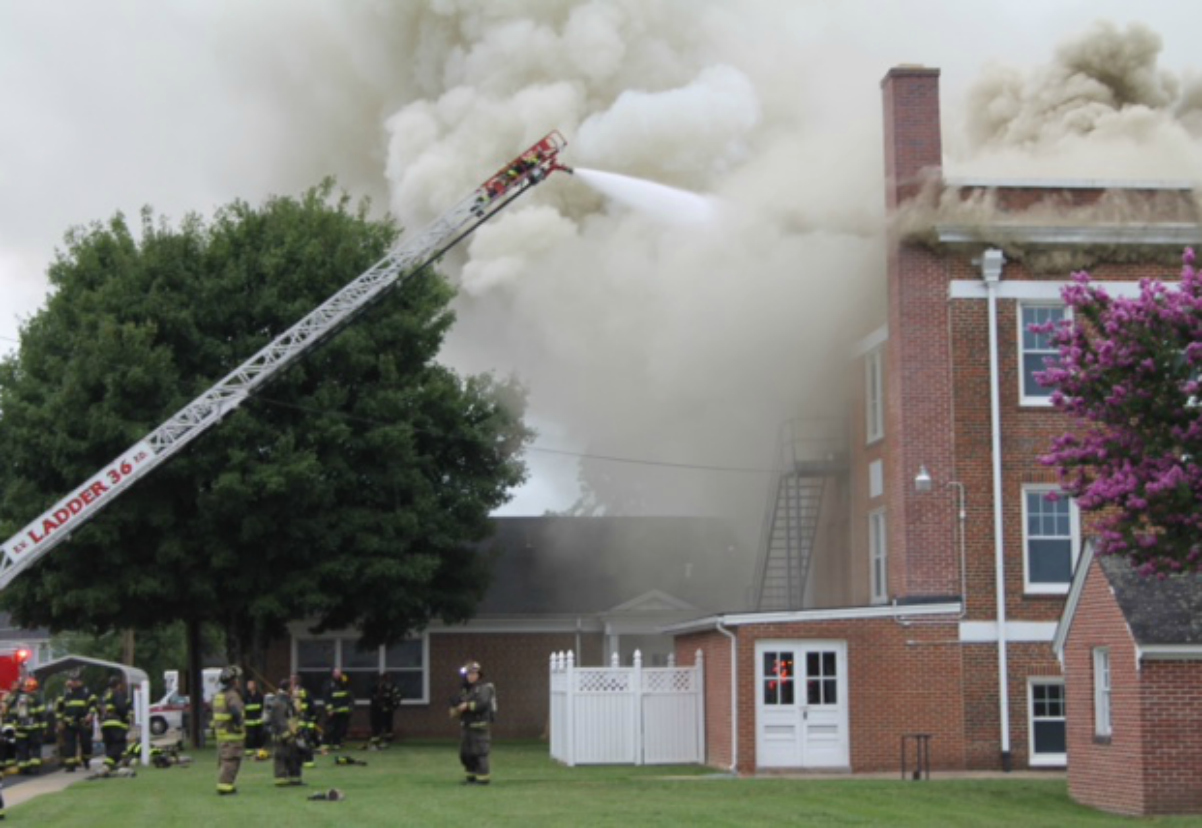