A grieving father posted a photo of his daughter to Reddit asking for someone to digitally alter the photo. (Nathen Steffel via Reddit.com)

After losing his infant daughter, a mourning father took to Reddit with a heartbreaking request — he wanted to see a digitally altered picture of his daughter without medical tubes.

“My daughter recently passed away after a long battle in the children’s hospital,” Nathen Steffel posted to the Reddit picture section. “Since she was in the hospital her whole life we were never able to get a photo without all her tubes.”

The Ohio father wrote on Reddit that Sophia was born on May 30 and lived just six weeks.

She died from complications from a hepatic hemanglioma, a liver tumor.

After posting the request for the  Reddit, the family saw a huge response. 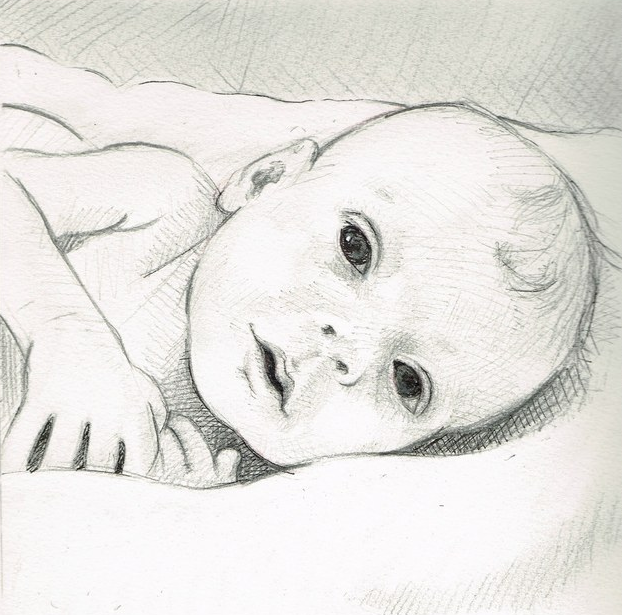 For those who didn’t post pictures, they offered condolences and resources for the Steffels.

“There is an amazing charity called Now I Lay Me Down To Sleep,” one person wrote. “They are an organization of photographers that will travel to the hospital you’re in so you can capture the memories of your son or daughter.”

In two days, the post gathered  more than 2,700 comments, something Steffel never expected.

“This is really amazing. Everyone you made my day,” the thankful father posted. “All I wanted was a nice picture. What I received was a lot of love and support from a bunch of strangers.”