Elephant wept when rescued after 50 years of abuse

MATHURA, India  — When Raju the elephant was rescued after being shackled and abused for five decades, the story and picture of him “crying” went viral.

His rescuers say he apparently cried first while he was still in his captor’s custody. His rescuers describe the tears as “gushes of liquid” coming out of his eyes, pouring down both cheeks. They say he looked like he was in a lot of pain.

“It was a very emotional moment for us, because we’ve never seen an elephant cry like that,” says Kartick Satyanarayan, co-founder of Wildlife SOS. “He was weeping.”

The rescue occured in Allahabad, Uttar Pradesh state, on July 4. Video and images were published three days later and have since registered well over a million views on YouTube.

Even though a team of 10 wildlife experts and 30 enforcement officers were involved in Raju’s rescue, it took eight hours to free the malnourished elephant.

Satyanarayan says the shackles, laden with spikes, were tied so tightly around Raju’s wounded legs that after they unchained him, he cried again.

This time, they appeared to be tears of joy.

“I don’t know how scientific this is, but it seemed like he understood that we were there to help him,” Satyanarayan said.

It is not known whether elephants can cry, but experts say they’re known to be emotional animals.

But Raju’s story goes far beyond the tears he shed, whether of pain or joy; it puts the spotlight on a much larger animal-rights issue in India.

Raju’s rescuers believe he was poached soon after he was born, and that he was sold again and again. He may have had up to 27 owners.

They believe Raju was beaten severely, and say the weapons used against him look like they belong in a torture chamber. He was even speared.

The idea was to “show the elephant who is boss,” says Geeta Seshamani, another Wildlife SOS co-founder.

Raju was forced to work as a “begging prop” — on the side of the road, at temples — and sometimes was rented out for weddings and other celebrations. All the while, his rescuers allege, he was kept in line with beatings and starvation. 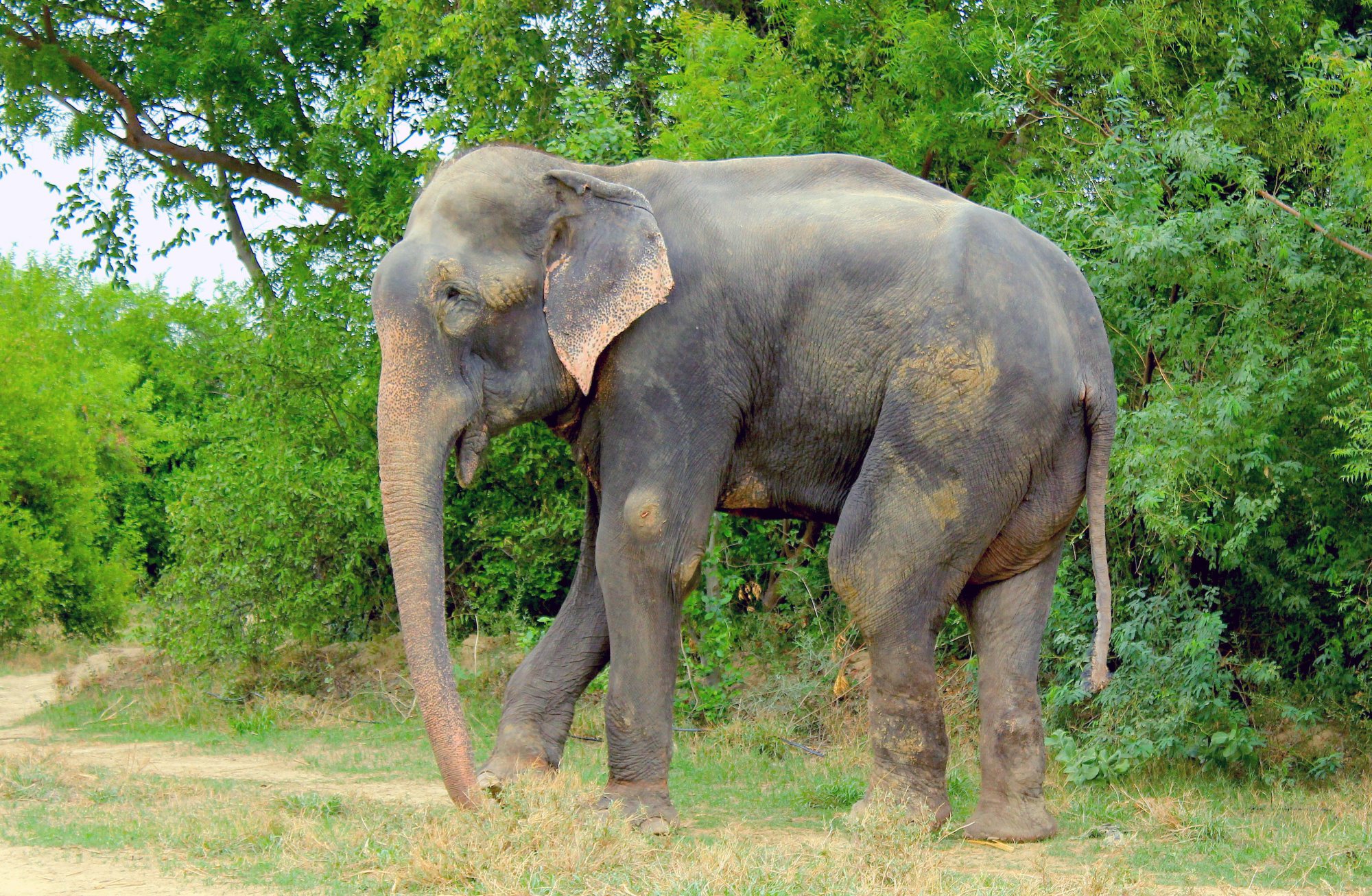 Tradition is a huge obstacle

It is illegal to trade or commercially exploit elephants in India, but the practice is common.

Since 2011, India-based Wildlife SOS has rescued 11 elephants subjected to torture. They’ve also rescued thousands of captive bears, leopards and monkeys. Still, there are more than 3,000 elephants still living in captivity in India.

Seshamani says the biggest challenge is changing the people’s mindset; tradition is a grounds for justifying every kind of cruelty against captive elephants. The animals have been used in Indian weddings as a vehicle for the groom. They also are kept in temples as representations of the Hindu elephant god Ganesh.

“It is ironic that Indians worship the elephant god, the monkey god … but when it comes to protecting animals, the majority don’t understand,” Satyanarayan says.

And, in a country of 1.2 billion people, many of whom live in poverty, animal rights have yet to become a priority.

Raju is now healing from his wounds and getting care among the other rescued elephants. A veterinarian said an elephant Raju’s age and size should weigh between 4,500 and 4,800 kilos (around 5 tons), but Raju is only half that weight.

While many of the elephants can move around freely, experts say it will take years for Raju to learn to accept the kindness of human beings.

To learn more about wildlife rescue in India, or to help Raju, visit http://www.wildlifesos.org.

Sugam Pokharel contributed to this report.