STOCKTON, Calif. - A mugshot posted by police on Facebook has gone viral. Police in  Stockton, California arrested four men during a gun sweep Wednesday. Police posted pictures of the suspects and weapons on Facebook later that evening. 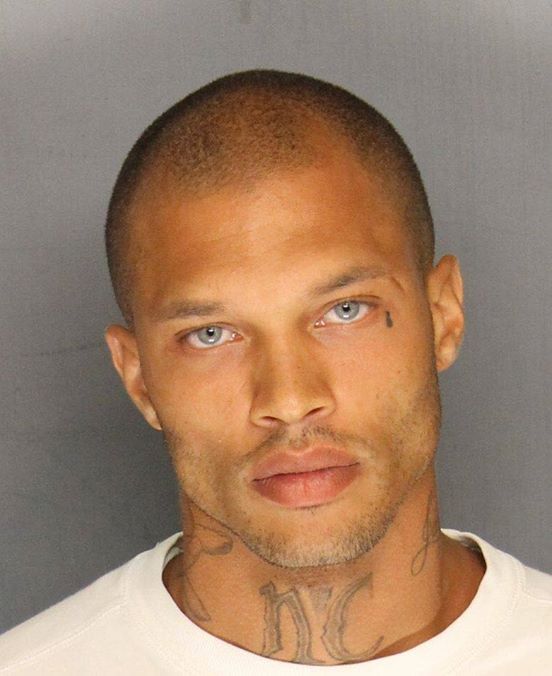 But it's one particular mugshot that grabbed the attention of Facebook nation.

Jeremy Meeks, 30, is a convicted felon who now faces felony weapons charges. He also has a legion of new fans on social media enamored by his mugshot.

"Omg he's waaaaay to sexy to go in a cell," Wiha M. posted on the Stockton Police Department Facebook page. "Bring him to me I'll lock him up."

Others are not so quick to fall for the felon.

"Seriously, he got arrested for a weapons charge," Rebecca P. said. "Sure he may be cute, but some of the cutest guys are probably psycho killers or illegal gun salesman or something. Get your head on straight."

"Take away his baby blues and he is just another guy," Tracie B. added. "Besides looks are not everything the guys needs help he obviously has no self worth if he is in jail possibly looking at prison time. You all need to stop drooling and start praying for him."