“Who did that to you?” a bicyclist in Waukesha, Wisconsin, asked the 12-year-old girl he found bloodied and lying near a wooded area.

His words were captured on a recording of the 911 call he made, which has now been released.

The cyclist explained to the 911 operator that the girl told him she’d been stabbed multiple times.

“Is she awake?” the operator asked, “Is she breathing?”

Was there anyone around, a possible assailant? the operator asked.

“I don’t see anybody,” the cyclist answered.

Police say they have the suspects who attacked the girl, stabbing her 19 times. They were her friends, authorities say, two other 12-year-olds: Morgan Geyser and Anissa Weier.

Geyser and Weier had concocted a plan to kill their friend so that they could impress a ghoulish character called Slenderman, according to authorities.

Weier explained to police that Slenderman was the leader of a web site called creepypasta and in order to please him, a follower had to kill a person, according to a criminal complaint in the case.

In reality, Slenderman is a fictional character and Internet meme that appears in horror stories, videos and images.

“Both suspects had a fascination with a fictitious character that often posted” to websites dealing with stories about death and horror, Waukesha’s police chief Russell Jack has said.

Geyser and Weier were arrested hours after the victim was discovered, according to the complaint. They have been charged with first-degree intentional homicide, according to court documents filed Monday.

The two are being charged as adults and appeared in court Monday where bail was set at $500,000 for each, Waukesha County District Attorney Brad Schimel said.

Anthony Cotton, Geyser’s attorney, told CNN Tuesday that he’s spoken briefly with his client. She is housed at a juvenile facility for females, he said.

Her family is in “shock,” the lawyer said, adding that he expected Geyser to undergo a mental evaluation.

Attempts to contact an attorney for Weier have not been successful.

The condition of the victim has been updated to fair at Waukesha Memorial Hospital, the Milwaukee Journal Sentinal reported Wednesday. 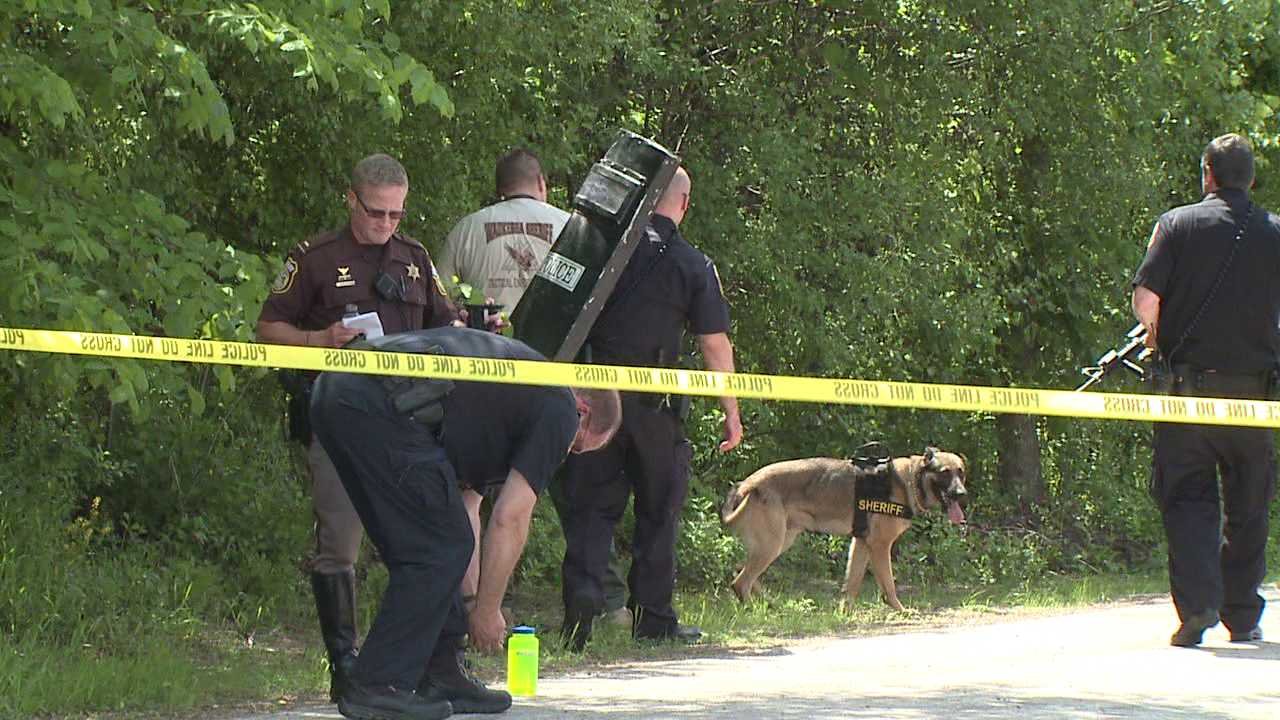 Weier’s older brother, William, told the Daily Mail Wednesday that he knew about his sister’s interest in the character Slenderman.

She liked to watch online videos about the spooky character with long tentacle-like arms and a blank face, said William Weier, a makeup artist who works for a local variety show.

“If you looked at my younger sister you’d see a normal, happy 12-year-old,” he told the Mail. “She’s just got a couple of weird interests. Personally, I think she found Slenderman on YouTube, took an interest and then read up on it.”

Creepypasta is a play on the term “copypasta,” which is derived from the keyboard action “copy-paste.” Creepypasta is horror fiction written with the Web in mind and, often, comes in a style that makes it look like a news or true crime story.

On Tuesday morning, a lengthy statement about the Wisconsin case appeared on http://www.creepypasta.com.

The statement expressed condolences for everyone involved and stressed that the site does not condone or encourage violence in any way. But it also noted that “it’s hard to justify pinning blame on an entire genre of writing.”

“She loved Creepypasta, she loved the Slenderman stories, just anything a bit creepy,” William Weier reportedly said. “But I don’t see why it changed from dream to reality.”

Weier and Geyser attended the same middle school as the victim and had a sleepover at the home of one of the suspects Friday night, according to the police chief.

According to the criminal complaint, the suspects had been planning the attack since February.

They first thought to kill the victim by placing duct tape over her mouth while she was sleeping and stabbing her in the neck, the complaint says.

They also considered killing her in a park bathroom where there was a floor drain that could make cleanup easier, the complaint says.

The girls ultimately decided to carry out the attack in the park while playing a game of hide-and-seek.

“As they left for the park … (the victim) was walking in front of them and Geyser lifted up the left side of her white jacket and displayed the knife tucked in her waistband,” the complaint says. “Weier stated she gave Geyser a look with wide eyes and, when asked what that meant, Weier stated, ‘I thought, dear god, this was really happening.’ ”

‘One millimeter away’ from death

The victim was stabbed near her heart, and she was “one millimeter away from certain death,” the complaint says.

When the bicyclist found her, the girl pleaded, “Please help me. I’ve been stabbed.”

She was in extreme pain and could only answer yes or no questions, the complaint says.

Authorities searched for the two other girls, and a sheriff’s officer found them walking near Interstate 94, Jack said.

He declined to say whether the suspects had blood on their clothes, but added: “There was evidence that was readily apparent when the two were taken into custody.”

That evidence included a large kitchen knife inside a purse, according to the complaint, which Geyser identified as one of her mother’s old purses.