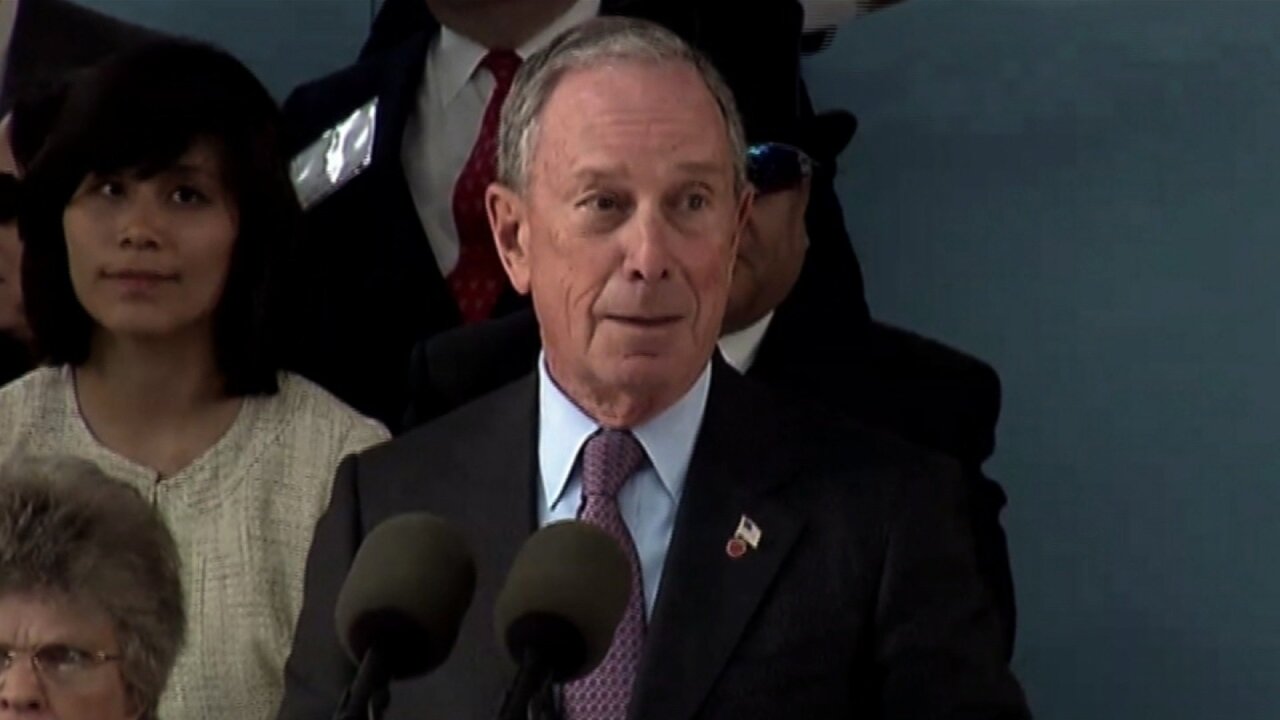 Former New York Mayor Michael Bloomberg, speaking at a commencement speech at Harvard University on Thursday, May 29, 2014, criticized what he described as a disturbing trend of liberals silencing voices they “deemed politically objectionable.”

“This spring, it has been disturbing to see a number of college commencement speakers withdraw — or have their invitations rescinded — after protests from students and — to me, shockingly — from senior faculty and administrators who should know better,” Bloomberg said.

The billionaire former mayor cited an October speech during which his ex-police commissioner, Ray Kelly, was shouted down by students at Brown University. The university canceled Kelly’s speech when protesters opposed to the police department’s stop-and-frisk policy shouted down and interrupted Kelly.

Bloomberg noted other universities have had speakers back out. He pointed to Rutgers, where former U.S. Secretary of State Condoleezza Rice withdrew amid protests, and Smith College, where International Monetary Fund chief Christine Lagarde withdrew after a student petition.

“In each case, liberals silenced a voice — and denied an honorary degree — to individuals they deemed politically objectionable. This is an outrage,” Bloomberg said to applause.

An even more glaring example of failing to listen to the opposing side, Bloomberg said, was the longstanding impasse between Republicans and Democrats in Washington, where every major question facing the nation is decided “not by engaging with one another but by trying to shout each other down.”

Bloomberg, who in April pledged $50 million to gun control groups he helped organize, spoke about Washington politicians’ handling of gun issues, noting Congress has barred the national Centers for Disease Control and Prevention from conducting studies of gun violence, a prohibition that was recently extended to the National Institute of Health.

“What are they afraid of?” he asked.

The Senate this year delayed a vote on President Obama’s nominee for surgeon general, Dr. Vivek Murthy, because the Harvard physician “had the audacity to say gun violence is a public health crisis that should be tackled,” Bloomberg said to applause.

“Let’s get serious: When 85 Americans are killed with guns every single day, and shootings regularly occur at our schools and universities, including last week’s tragedy at Santa Barbara, it would be almost medical malpractice to say anything else,” Bloomberg said.

The former mayor, who received honorary degrees from Harvard along with seven others — including former President George H.W. Bush and music icon Aretha Franklin — spoke of the role of universities as places where people of all backgrounds and beliefs can freely debate ideas without that “sacred trust” being threatened by the “tyrannical tendencies of monarchs, mobs and majorities.”

He recalled when protesters came out several years ago against the development of a mosque a few blocks from ground zero in lower Manhattan.

“We protected their right to protest,” Bloomberg said. “But they could not have been more wrong. And we refused to cave in to their demands. The idea that government would single out a particular religion, and block its believers — and only its believers — from building a house of worship in a particular area is diametrically opposed to the moral principles that gave rise to our great nation, and the constitutional protections that have sustained it.”

He added, “If you want the freedom to worship as you wish, to speak as you wish, and to marry whom you wish, you must tolerate my freedom to do so — or not do so — too. What I do may offend you. You may find my actions immoral or unjust. But attempting to restrict my freedoms in ways that you would not restrict your own leads only to injustice.”

Bloomberg compared the intolerance of ideas prevalent in the country today to “McCarthy’s Red Scare” in the 1950s and its destruction of thousands of lives. In the 2012 presidential race, he said, the overwhelming majority of campaign contributions from Ivy League faculty went to Barack Obama.

“Today, on many college campuses, it is liberals trying to repress conservative ideas, even as conservative faculty members are at risk of becoming an endangered species,” he said.

After the speech, Sarah Surrain, who completed her master’s degree in education, said Bloomberg was bold to criticize universities as too liberal.

“I thought it was really thoughtful,” she said of the speech. “It was nice that it wasn’t just platitudes.”

Harvard Law School graduate Jared Nicholson said the speech was “a great message … about tolerance of different ideas and diversity of opinions.”