The piece that was recovered in the Mattaponi River was pretty big, constituting about 90 percent of the balloon, Lippa said. He told CBS 6 that the Caroline County residents who first spotted the balloon wish to remain anonymous. 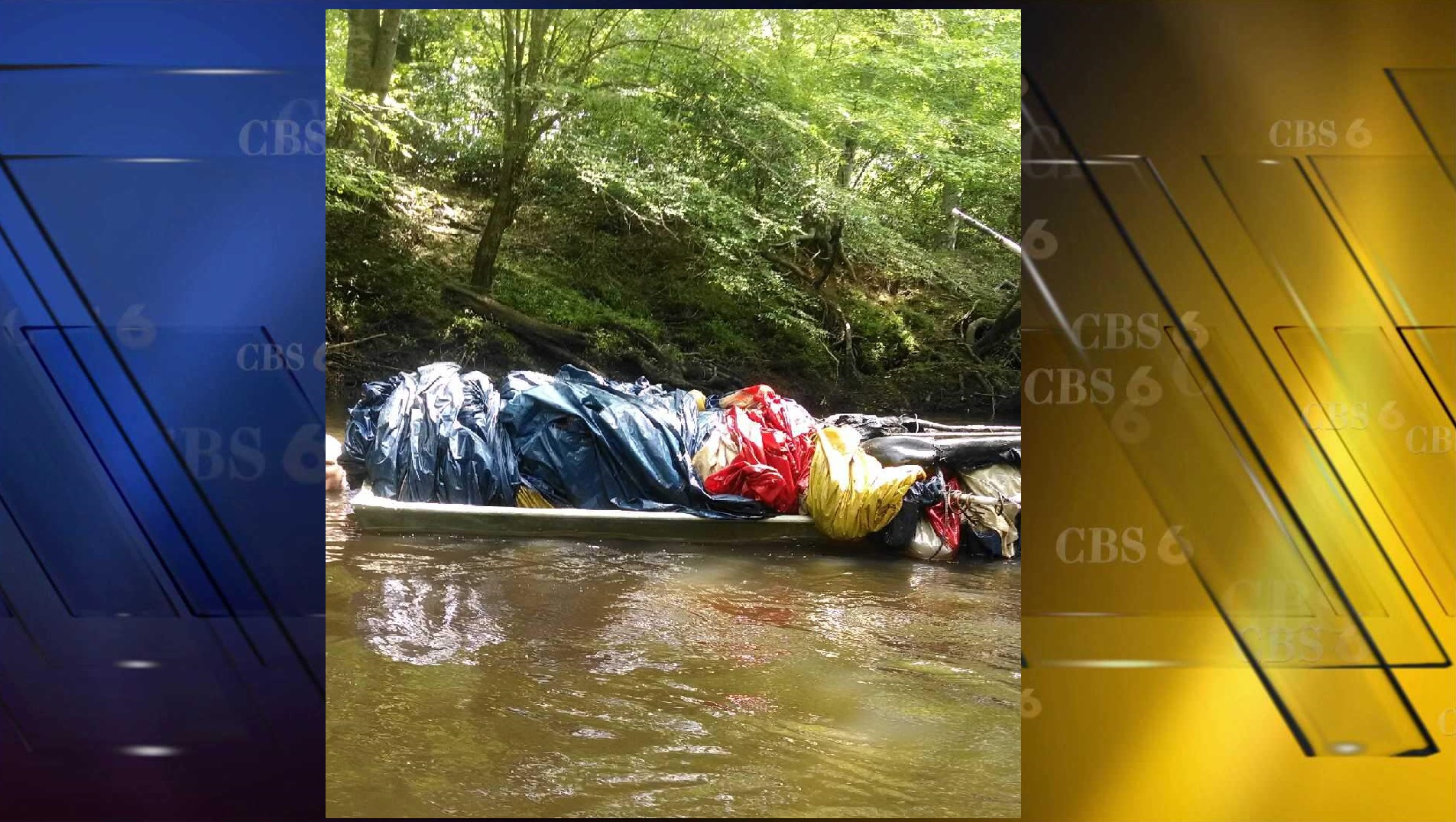 The residents were canoeing and kayaking down the Mattaponi when they traveled over the balloon.

They initially believed they were gliding over a swimming pool liner, because it was so big. Then they noticed the distinct colors and knew what they had spotted, Lippa said. It was about four feet under the water.

The burner was still attached to the balloon.

On Tuesday morning Sheriff Lippa, along with Major Scott Moser and Captain Angel Lambert, used a jon boat to retrieve the balloon and haul it back to shore, where multiple people were needed to help remove it from the river.

The balloon was discovered 17 days after the crash, near Milford and Route 301. Lippa said this was not far from Luckstone. The balloon wreckage was found roughly six miles from where the balloon hit the power lines.

The inaugural Mid-Atlantic Balloon Festival was to be held May 9, 10 and 11. The night of the fatal crash, three hot-air balloons took off from Meadow Event Park and headed northeast to a pre-approved landing zone about two miles away from the park.

Two of the balloons landed safely at the designated spot. However, as the third balloon approached for a landing, police said it struck a power line and burst into flames.

In a seeming twist of fate, the last tweets from Ginny Doyle indicate that she and Natalie Lewis were originally supposed to go up in a hot-air balloon early Friday morning, but foggy weather kept them grounded.

Doyle and Lewis were honored during the University of Richmond graduation ceremonies. Doyle served as associate coach on the women’s basketball team and Lewis was Director of Basketball operations for the program.

All of the passengers were found within 48 hours of the wreck. Over the next week two stainless steel propane fuel tanks, a hand-held fire extinguisher, the instrument panel and various pieces of burned balloon were found along the 1.75 mile debris path.

The power lines that caused the fatal crash did not appear on maps given to balloon pilots prior to the event.