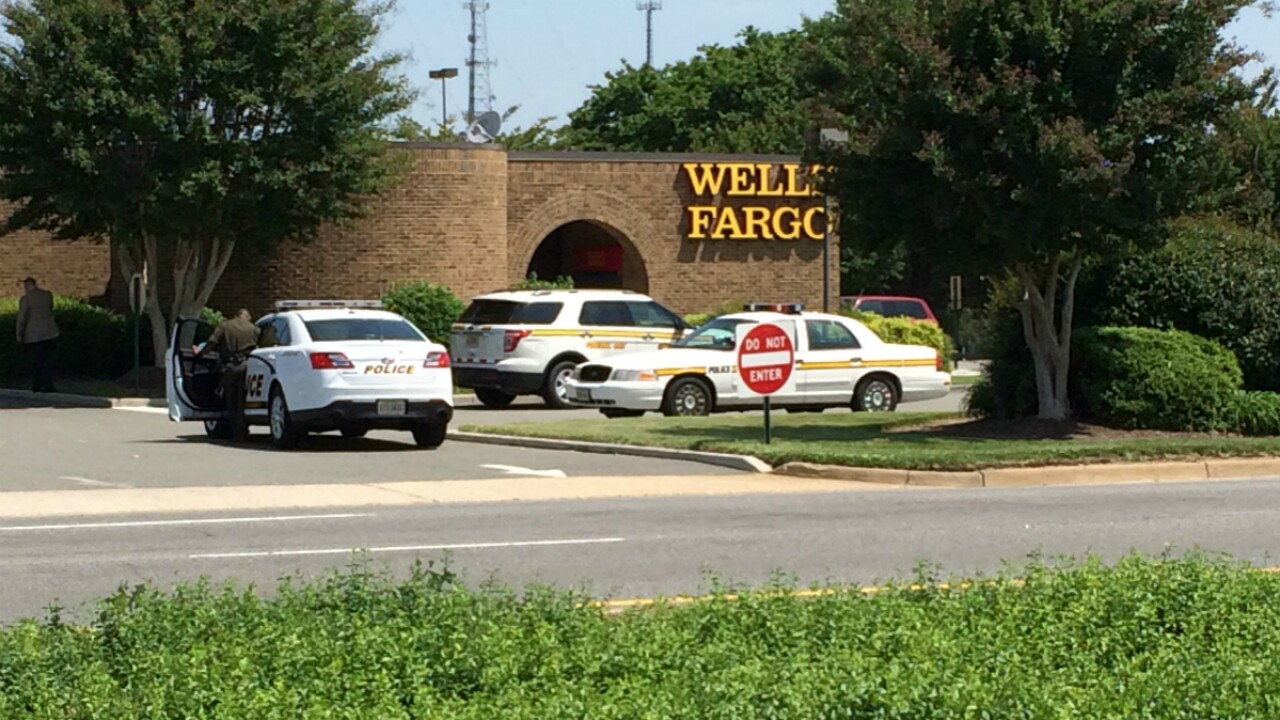 CHESTERFIELD COUNTY, Va. (WTVR) – A bank robbery suspect and Chesterfield Police officer were taken to the hospital following a struggle after a Thursday morning bank robbery.

Police arrested James E. Smith, Jr., 34, of Bolton Road, for the robbery of the Wells Fargo bank located on 11124 Midlothian Turnpike. The crime happened about 10 a.m.

“The suspect approached a teller and passed a note demanding money,” Chesterfield Police wrote in an email. “The suspect told the teller he was armed, but no weapon was displayed. The suspect fled the bank with an undisclosed amount of cash.”

Police caught up with the suspect in the parking lot of the nearby Target.

“During his arrest, Smith struggled with an officer,” police said. “Smith and the officer were transported to Chippenham Hospital with non-life threatening injuries.”

Anyone with information about the crime is asked to call Crime Solvers at 804-748-0660.