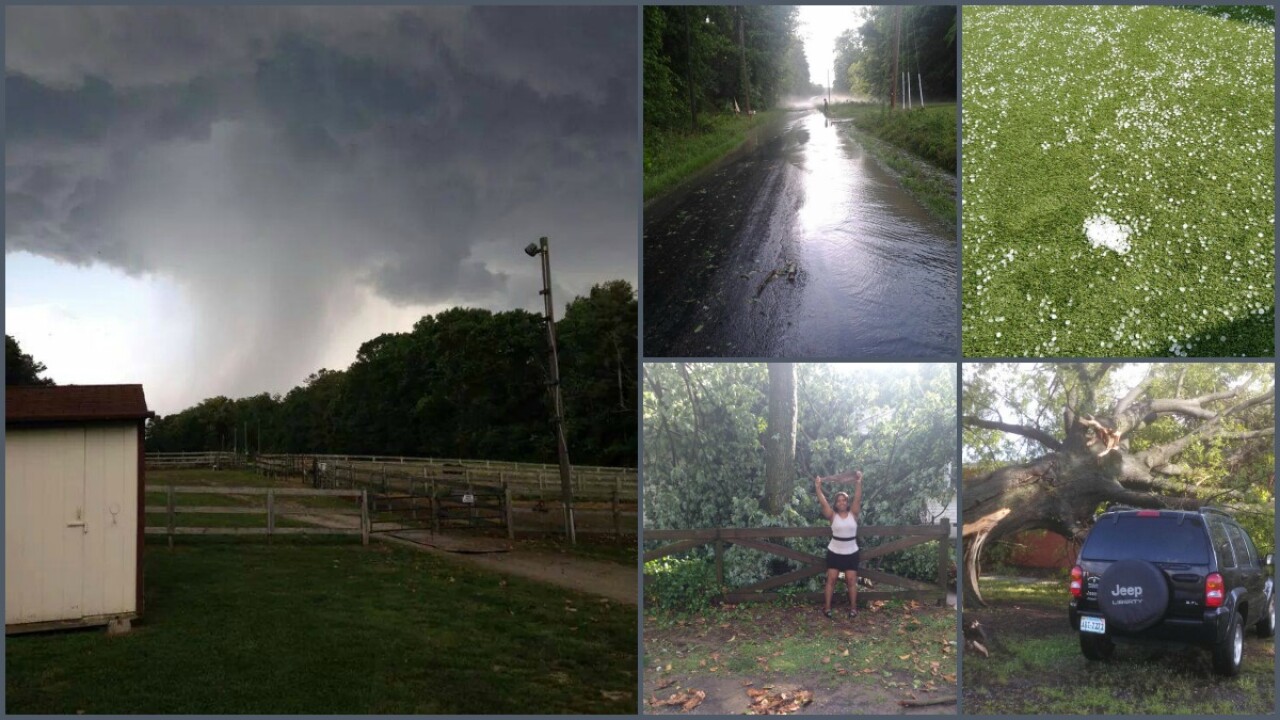 The storm storms popped up as a cold front moved southeast through the Commonwealth.

Damaging winds and large hail, as well as heavy rain and frequent lightning pounded parts of the state. [RELATED: Photos of May 22 storms]

The heavy rains brought the afternoon rush to standstill as parts of I-95 flooded. Another video taken by a CBS 6 viewer showed flooding off Grace Street.

According to the National Weather Service, a trained spotter saw a funnel cloud around 4:56 p.m. and reported nickel-sized hail near Boulevard and Broad.

One woman also recounted a harrowing tale to CBS 6 reporter Melissa Hipolit. She pulled into a gas station when she received a tornado warning. As the winds and rain picked up, she then said she heard a loud boom. That’s when she said part of the gas station’s canopy fell on the back of her car.

SCROLL DOWN for updates from the CBS 6 newsroom.