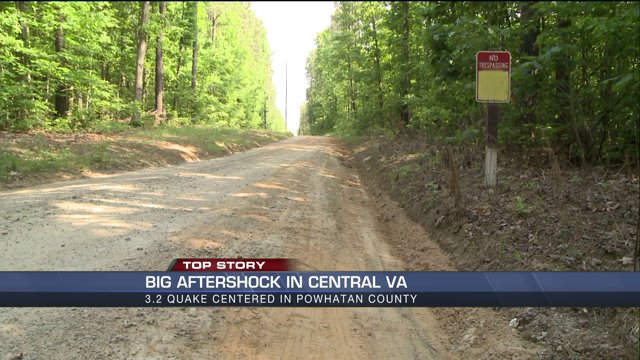 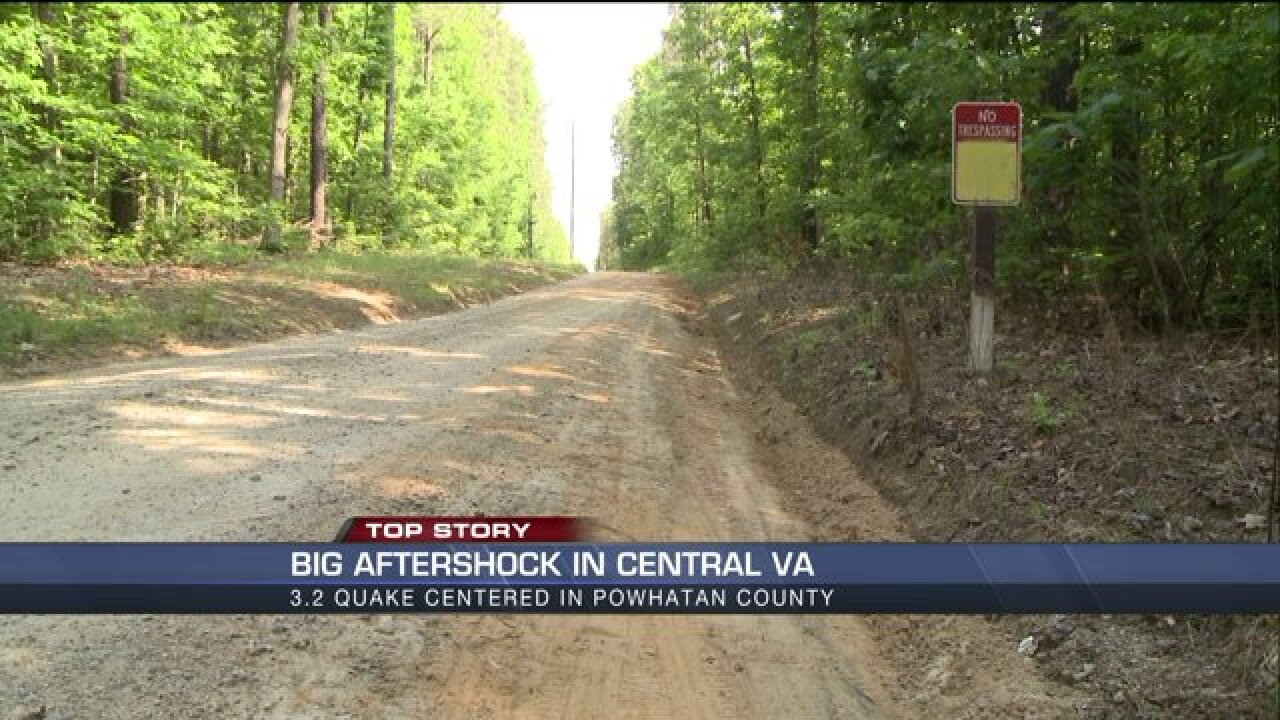 The quake originated off Dolittle Lane in Amelia, according to coordinates provided by the U.S. Geological Survey.

Raymond Murray, who lives a few miles from the epicenter, said he felt an initial tremor, heard a loud boom and then felt his home shake.

But surveying the area Thursday morning, Murray said there are few signs of damage.

In fact, the owners of Countryside Shoppe, only a mile and a half from the epicenter, said the only thing that fell off their shelves was one pack of beef jerky.

CBS 6 has received at least one report of structural damage to a home in Powhatan.

Wednesday's tremor was technically both an earthquake and an aftershock from the 2011 earthquake in Mineral, according to the CBS 6 Storm Team. This latest aftershock is one of the largest since the Mineral quake.

Moments after the 9:47 p.m. earthquake, social media explodes with questions and comments.

“Felt and heard it out here in King William. Thought it was thunder. Scared me straight,” Tamara Johnson wrote on the CBS 6 Facebook page.

“Felt it in BRANDERMILL. Shook my bed and room,” Terri Woodfin posted.

Earthquake-related posts on the WTVR CBS 6 Facebook page were seens by hundreds of thousands of people and generated thousands of likes, shares and comments.

Both "earthquake" and "USGS" were listed as trending Twitter topics for the Richmond region on Thursday afternoon.

That is an indication people were still talking about the earthquake hours after it struck.

Anyone with a particularly interesting earthquake story or photo should click here to email the CBS 6 newsroom.