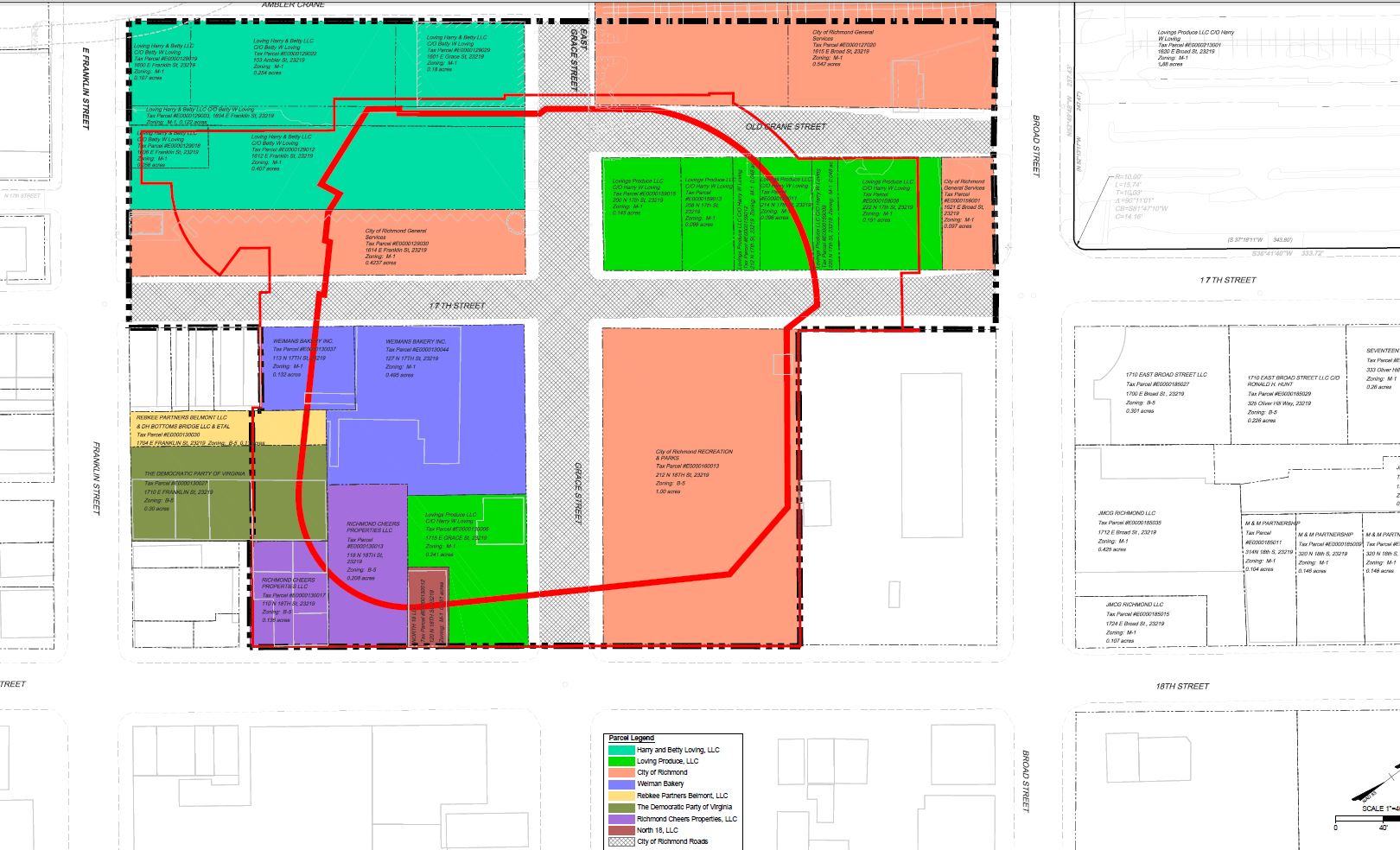 Under the new plan, the stadium would sit on more land not yet acquired by the city, reported the Richmond Times-Dispatch.

“The shift seems to have been motivated in part by a desire to avoid triggering a federal review of historic resources,” Times-Dispatch reporter Graham Moomaw wrote. “A half block off Ambler Street that had been mapped for apartments will now be used as a parking lot that could serve both the Richmond Flying Squirrels stadium and the proposed slave heritage site at Lumpkin’s Jail.”