Causes of death released for victims in hot-air balloon accident 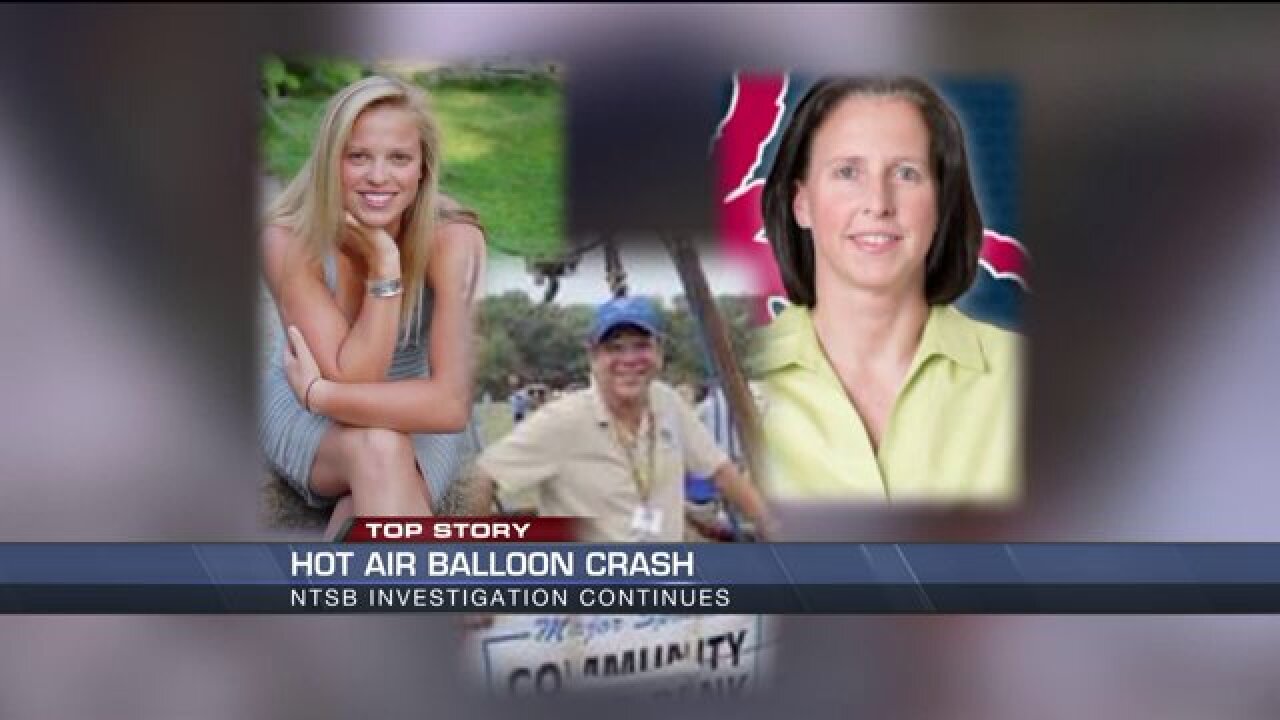 The report states the deaths were accidental.

The University of Richmond will hold a public memorial for Doyle and Lewis, at the Cannon Memorial Chapel at 10 a.m. Wednesday.

Both the Lewis and Doyle families released statements that you can read in-depth here.

Corrine Geller, with Virginia State Police, said that three hot-air balloons took off from Meadow Event Park and headed northeast to a pre-approved landing zone about two miles away from the park.

Two of the balloons landed safely at the designated spot. However, as the third balloon approached to land, police said it struck a power line and burst into flames.

The pilot immediately started trying to get the fire under control, and began procedures to open the top of the balloon – since the added heat of the fire would cause the balloon to rise rapidly, police said.

At one point, the balloon and gondola separated and the balloon took off at a high rate of speed, state police said.

It may never be known if the occupants jumped or tumbled out as the gondola separated from the balloon, Geller said.

Witnesses reported harrowing accounts, and many saw the balloon crash somewhere off Ruther Glen Road near Signboard Road, which is northeast of Meadow Event Park.

The remains of two people were discovered Saturday, both were recovered in wooded areas; one body was found around midnight and the second victim’s remains were discovered around 11 a.m. behind the Caroline Pines subdivision, said spokeswoman Geller.

The subdivision is close to where Carrie Bradley lives, who snapped a picture of the balloon on fire above the trees.

Bradley was coming back from the grocery store with her two children and she pulled over as the fiery balloon was spotted above the trees.

“It was the most horrific thing I have ever witnessed,” Bradley said, and added that she will be forever haunted by what she saw and heard.

The balloon was registered to pilot Dan Kirk, who was in the balloon with Doyle and Lewis.

Mark Nelson, a friend of pilot, confirmed Kirk was an accomplished balloon pilot and ambassador to the sport. Kirk was from Delaware.

“He had to act very rapidly before the gondola and the balloon actually separated,” Virginia State Police spokeswoman Corrine Geller said.

“Based on the witness accounts, he made every effort to do everything he could in his power to save his passengers’ lives and his own.”

On Sunday, the third day of the search, Virginia State Police said the remains of the third victim were discovered around 11 a.m., around 100 yards north of where the second body was found the day before.

As a result, the large-scale search effort was called off and state police and National Transportation Safety Board (NTSB) investigators are now concentrating on locating evidence and balloon wreckage.

Investigators are still searching for wreckage.