VIDEO: Two girls’ crazy fight ends with a shovel to the head 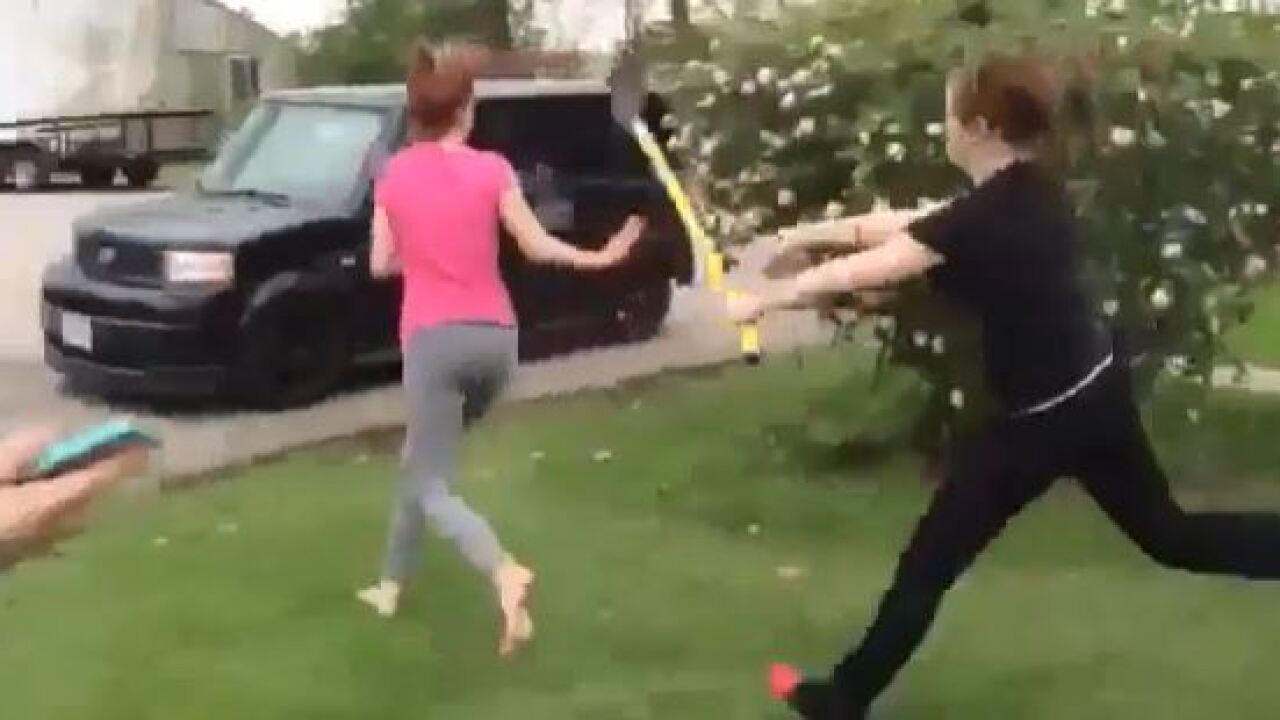 (WTVR) – A teen girl fight ended with one of the girls taking a hard hit in the head from a shovel.

The grand finale of the video was when the young girl was slammed in the head with a flying shovel, but there are about three other rounds of fighting before that. But first is awkward conversation and group inspection of a chicken coop.

The whole things is pretty strange and seems to stem from a boy, a weird desire to be filmed fighting, nothing else to do in town — or maybe all three.

CBS 6 spoke with 15-year-old Josh Officer, who shot the film. He said that everyone was okay after the fight.

He said that the kids live in Dayton, Ohio, and that the girls Emily and Miranda were fighting over a boy. They asked if he wanted to come watch the fight, and he started filming.

We asked why film a fight like this and he said that’s what he does, he films things and he wasn’t going to stop the fight.

His other videos are here (I encouraged him to keep following his artistic fancy, and maybe shoot for more meaningful content).

Watch the fight below.