PRETORIA, South Africa (CNN) — Oscar Pistorius was “praying, crying, torn apart” after shooting his girlfriend Reeva Steenkamp, pleading with her not to die, the first person on the scene testified Monday at the South African athlete’s murder trial.

Pistorius neighbor Johan Stander made an impassioned defense of Pistorius on the stand as he described what he saw that night.

“His commitment to save the young lady’s life — when he put his finger in the young lady’s mouth … how he begged her to stay alive. … I saw the truth that morning. I saw it. And I feel it,” said Stander, who was the first person Pistorius called after killing his girlfriend Steenkamp, a model and law school graduate.

He came to Pistorius’ house in response to an urgent phone call from the double amputee sprinter at 3:18 a.m. February 14, 2013, he explained.

Stander was the manager of the Silver Woods Estate where Pistorius lived and the first witness the defense called when Pistorius’ murder trial resumed Monday.

Pistorius’s defense team appears to be trying to use Stander and his daughter to buttress the athlete’s account of the circumstances of the killing, after the prosecution savaged Pistorius on the witness stand.

Prosecutor Gerrie Nel tore into Pistorius over five days in court in April, saying the Paralympic medalist had argued with Steenkamp and killed her on purpose. He tried to force Pistorius to look at a picture of Steenkamp’s head after the shooting, accused Pistorius of being selfish and possessive, and said he refused to take responsibility for his actions.

The defense team is now trying to reinforce Pistorius’ version and lay a foundation for the sincerity and consistency of his emotional response, CNN legal analyst Kelly Phelps said after Monday’s testimony.

Pistorius, 27, admits that he shot and killed Steenkamp, 29, but denies murder, claiming he mistakenly thought he was defending himself.

The gripping trial has seen Pistorius break down repeatedly, crying, wailing and sometimes throwing up as the court sees and hears about Steenkamp’s death.

Evidence has included graphic photos of the wounds, testimony from neighbors, friends, police and pathologists, and the actual door through which Pistorius fired four hollow-tipped bullets on the fateful night. 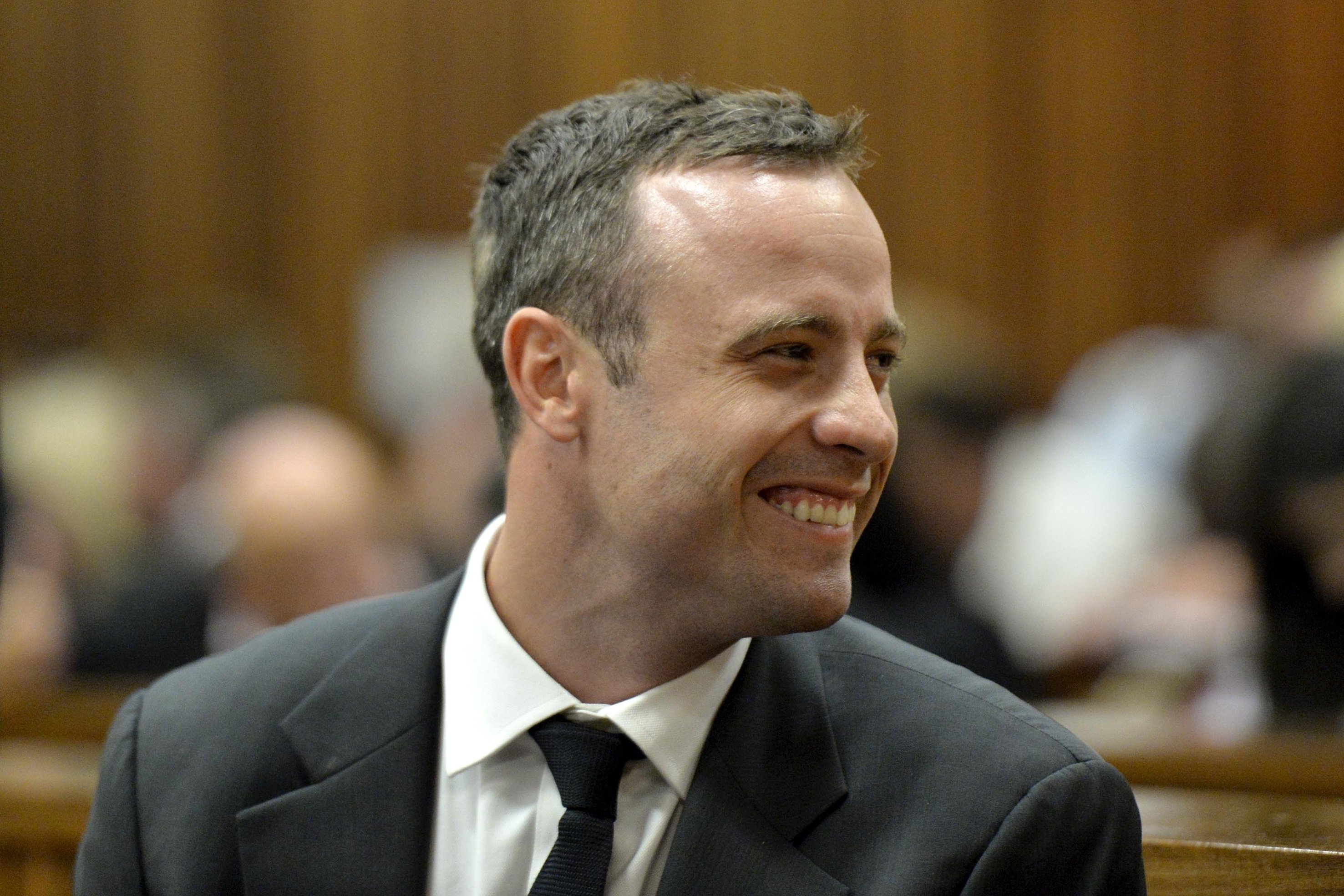 Stander’s daughter Carice Stander Viljoen testified after her father, describing how she tried to help Pistorius save Steenkamp.

The athlete’s head sank down into his hands, his face covering his eyes, as Viljoen described seeing “blood everywhere” when she arrived with her father.

Viljoen herself then broke down in tears on the stand, prompting Judge Thokozile Masipa to offer her a break. She declined, apologizing and saying she just needed a minute.

“He was begging me to put her in the car and take her to the hospital,” she said when she recovered, her voice faltering.

But Steenkamp was pronounced dead at the scene after an ambulance arrived, Viljoen said.

Viljoen was afraid Pistorius would kill himself after Steenkamp was declared dead, she said, adding that she ran upstairs, shouting after him when he went to get Steenkamp’s handbag for ID.

Her voice cracked as she described her fear, but the athlete came back with the bag a moment later.

Viljoen began her time on the stand by testifying to hearing a man shouting “help, help, help!” the night of the killing.

“My heart was pounding so fast. I was very afraid,” she said, adding that she pulled her covers over her head.

Viljoen and her father were the only witnesses called Monday. The trial adjourned after their testimony, when defense lawyer Barry Roux said he had expected them to take all day and had no more witnesses ready.

Roux has said he will call 14 to 17 witnesses. Stander and his daughter were the fourth and fifth, after two experts and Pistorius himself.

Prosecutor Gerrie Nel aims to prove that Pistorius intentionally shot and killed Steenkamp after a heated argument in the early hours of Valentine’s Day last year.

During his cross-examination of Stander, Nel challenged the estate manager’s description of the shooting as a “mistake.”

The prosecutor, known as a bulldog in questioning witnesses, made Stander concede that Pistorius had not said the shooting was a mistake. The description was Stander’s own, the witness said.

The defense team is seeking to cast doubt on the state’s case and needs only to show there is a reasonable doubt that Pistorius meant to kill Steenkamp.

The defense case is scheduled to continue until the middle of May and then be followed by closing arguments. Masipa will decide the verdict in collaboration with two experts called assessors. South Africa does not have jury trials.

If Pistorius is found guilty of premeditated murder, he faces 25 years to life in prison. He could be convicted of the lesser charge of culpable homicide, which would leave his sentence at the discretion of the judge.

The trial has gripped South Africa and sports fans worldwide who considered Pistorius a symbol of triumph over physical adversity.

His disabled lower legs were amputated when he was a baby, but he went on to achieve global fame as the “Blade Runner,” winning numerous Paralympic gold medals on the carbon-fiber blades that gave him his nickname. He also competed against able-bodied runners at the Olympics.

Only those in the courtroom saw Pistorius on the stand, because he chose not to testify on camera. His testimony could be heard in an audio feed.