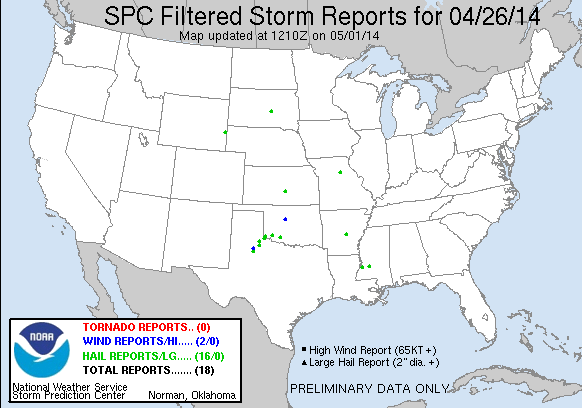 A huge storm that moved across the United States during the final days of April caused severe weather affecting many states over a five-day period.

The storm started on Saturday, causing the first round of severe weather in the Plains.  As the storm progressed eastward, the ingredients for stronger storms increased, and the severe weather outbreaks were more violent and widespread.

The amount of severe weather waned by the time the storm arrived here on Wednesday, but was still strong enough to prompt some tornado and severe thunderstorm warnings.

Here is the final tally of all of the severe weather reports, ending at the end of Wednesday, April 30: