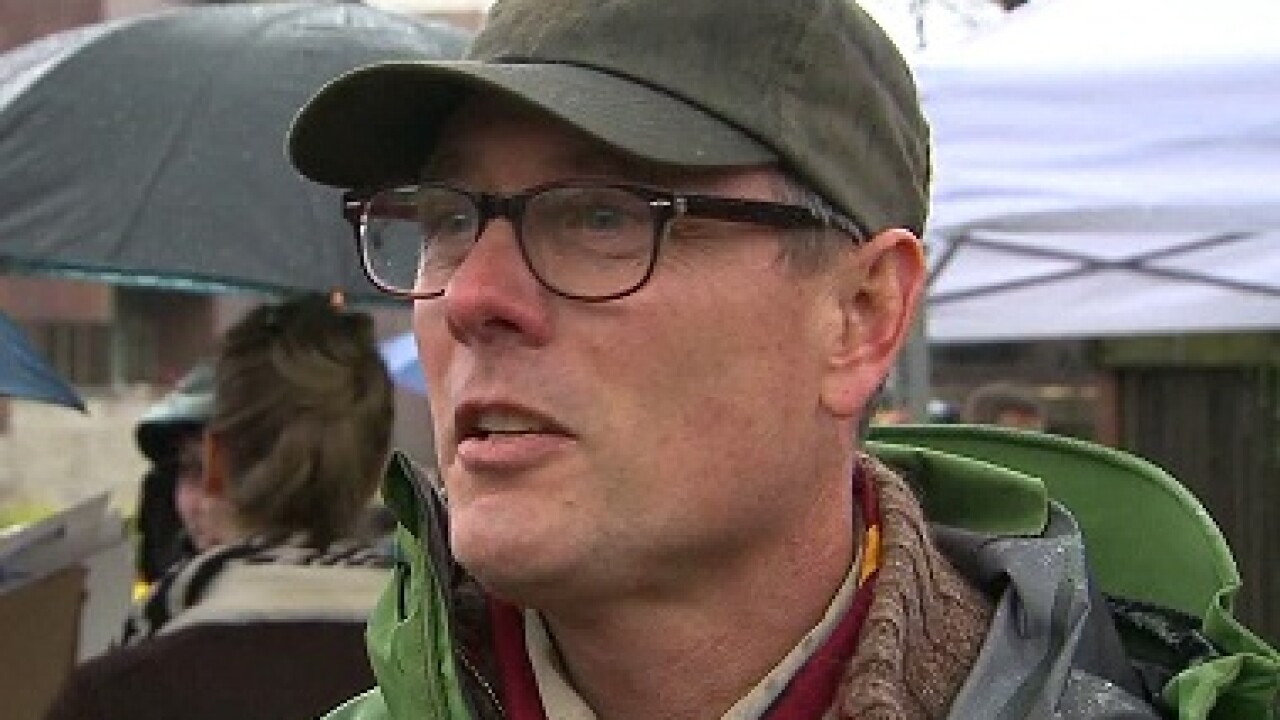 Embargo: Seattle The Boy Scouts of America has revoked the charter of a Seattle church that refused to fire its pack’s gay scoutmaster, Geoff McGrath (pictured), according to a letter written by the organization’s general counsel and provided to CNN by the church.

(CNN) — The Boy Scouts of America has revoked the charter of a Seattle church that refused to fire its pack’s gay scoutmaster, according to a letter written by the organization’s general counsel and provided to CNN by the church.

Pack and Troop 98 is composed of about 15 boys, and according to attorney Steven McGowan’s letter, they will have an opportunity to transfer to another troop.

“As you are aware the policy of the Boy Scouts of America does not allow open or avowed homosexuals to serve as volunteer adult leaders,” read McGowan’s letter to an attorney representing Rainier Beach United Methodist Church.

The church received its charter in November and hired Geoff McGrath, a 49-year-old Eagle Scout, to lead the troop. The Rev. Monica Corsaro said she knew McGrath was gay, and she wasn’t trying to make any political statement by hiring him.

“We were not hiding,” she said. “We are talking about real people that are being effected by a policy of discrimination … by a policy that BSA teaches, so we are just calling it out.”

She further said all the boys in the troop were aware of McGrath’s sexuality and that his hiring was in line with the church’s philosophy of being “open to all people.” Corsaro has even performed same-sex marriages at the church, she said.

McGrath could not be reached for comment because he is out of the country, celebrating an anniversary with his partner of 20 years, Corsaro said. But he provided a statement to Scouts for Equality, a group that aims to end the BSA ban on gay scout leaders.

“I’m stunned and disappointed to hear the news,” he told Scouts for Equality. “Pastor Corsaro specifically sought out someone with my Scouting background to help get these units off the ground, and her church is now being told to violate their religious convictions. It’s unconscionable and irreverent.”

According to Scouts for Equality, BSA questioned McGrath’s sexuality after an NBC News report last month.

“McGrath, abiding by the Scout’s commitment to trustworthiness, acknowledged his sexual orientation to the BSA, which in turn, responded by revoking McGrath’s status as Scoutmaster,” the group said on its website.

Corsaro refused to remove McGrath from his post, resulting in last week’s letter from McGowan stating, “As a result of this refusal to comply with the policies, guidelines, rules and regulations of the Boy Scouts of America, Rainier Beach United Methodist Church is hereby advised that it is no longer an authorized chartered organization and may no longer use the Scouting program or any of its registered marks or brands.”

BSA spokesman Deron Smith added in a statement to CNN, “We are saddened by this development, but remain committed to providing all youth with the best possible Scouting experience where the Scouting program is the main focus.”

In May, the group’s 1,400-member national council voted to allow gay scouts into its troops, saying no youth would be denied membership “based on sexual orientation or preference alone.” The group maintained its ban on gay scout leaders, however.

Because of that ban, Disney announced last month it would end a program allowing its employees to steer corporate donations to the Boy Scouts. Lockheed Martin, Caterpillar, Major League Soccer, Merck, Intel, UPS, Alcoa and AT&T have also ended partnerships with the Scouts because of its policy, according to Scouts for Equality and the Human Rights Campaign.

In a Monday statement to CNN, the BSA said it doesn’t believe “the topic of sexual orientation has a role in Scouting and it is not discussed unless it is deliberately injected into Scouting.”

The organization also said it “does not have an agenda on the matter of sexual orientation; we remain focused on working together to deliver the nation’s foremost youth program of character development and values-based leadership training.”

The United Methodist Church is the BSA’s second-largest chartered organization, accounting for more than 10,000 packs and 363,000 members, Scouts for Equality says.