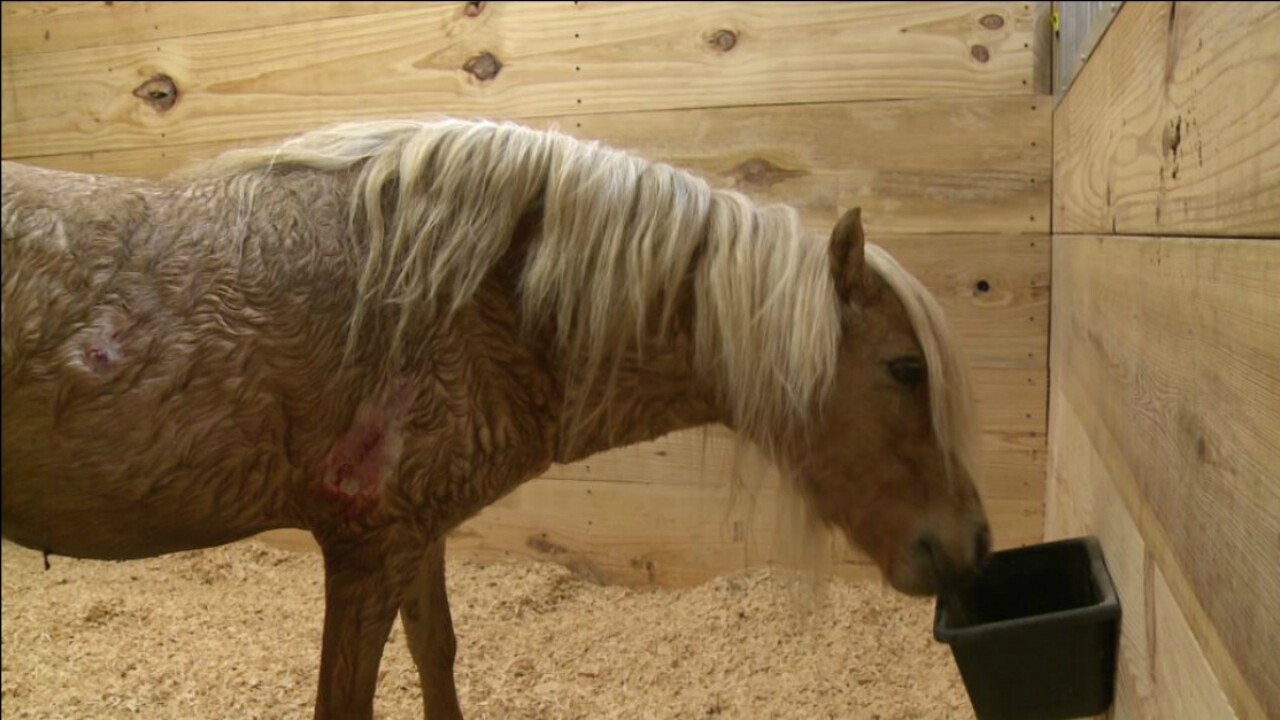 CHESTERFIELD COUNTY, Va. (WTVR) - Chesterfield Police and Animal Control are setting up traps near the Chesterfield County-Colonial Heights line. They hope to catch the animal that attacked a miniature horse early Tuesday morning.

"I heard a big loud woof, woof. He was in my pasture with my mini horse. My mini horse was screaming," horse owner Marianne Yakelewicz said.

Yakelewicz said she went outside and saw the attacking animal run off into the night. The attack left the horse in need of more than two dozen internal and external stitches.

"If I had not heard that, he [the horse] might have been ripped up out here laying down with no guts or anything," she said.

Animal control believes the animal that attacked the horse is a dog.

"It had to have been a big dog," Yakelewicz said. "According to the prints we found, he's huge!"

Police asked neighbors to call-in if they spot a black lab running free or two dogs running together. While the property where the dog attacked took place may be considered rural to some, the property along the 18000 block of Brander's Bridge Road sits less than 250 yards from an apartment complex filled with children and families.

Welch, a father of six, lives on the property where the attack occurred. He said he planned to keep his children inside until the dog is caught.

"A horse is fast. It's running. A small child like my boy? He wouldn't have a chance," Welch said. "He could not fight him off. The dog would kill him."

Other neighbors believe the dog is no stranger to the area. On March 12, another person reported seeing large paw prints similar to ones left during the Tuesday morning attack.

"I was scared it was a big cat, like a cougar," Nancy McCook, who boards horses nearby said. "I told my neighbors to be careful when they're walking out and to make sure they knew when their kids were out."

None of McCook's animals were injured.

The miniature horse attacked early Tuesday is expected to make a full recovery. Its owner said the horse recently received its vaccinations.