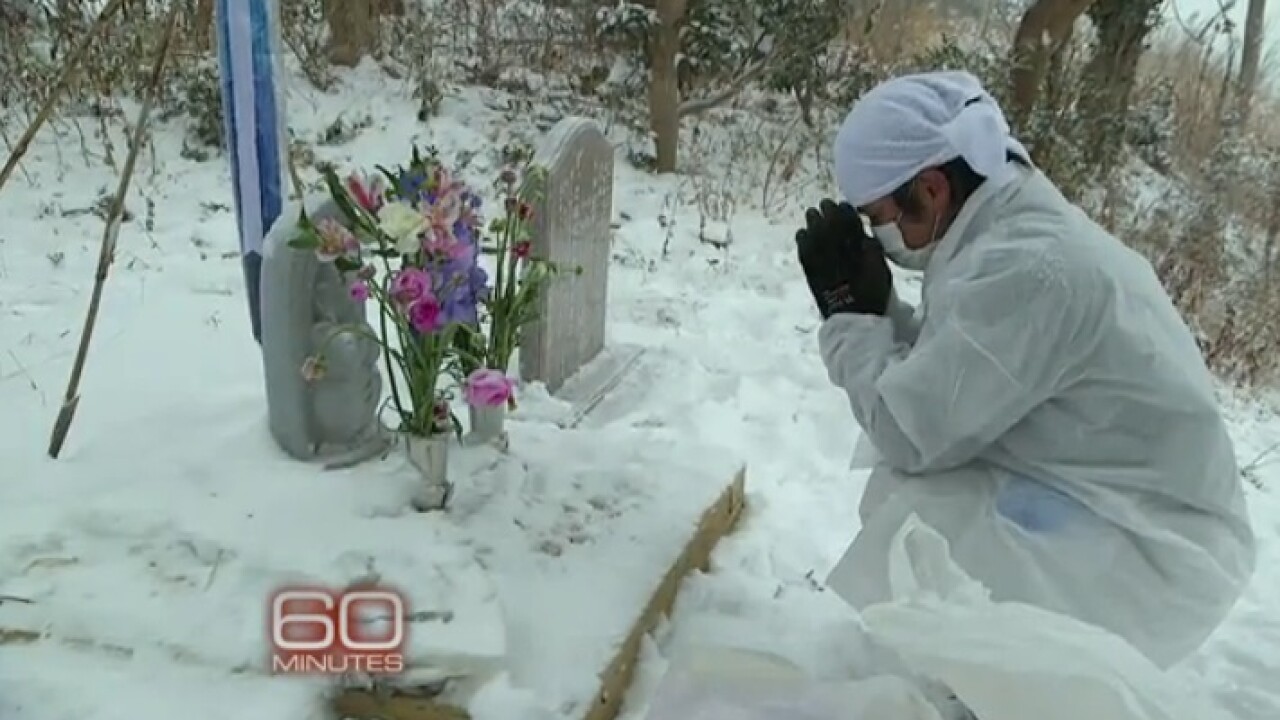 A Fukushima survivor’s quixotic search for his daughter’s body tells the sad story of the radioactive disaster zone three years later on “60 Minutes” Sunday at 7 p.m. on CBS 6.

(CBS News) — Norio Kimura knows he may never find his daughter’s body amid the radioactive rubble of Okuma, Japan, his deserted hometown near the Fukushima power plant. Still, he returns as often as authorities will allow, looking for Yuna, his dead daughter. It’s what keeps him sane.

Bob Simon meets up with Kimura in a story about the aftermath of the disaster that captured the world’s attention three years ago, when the triple tragedy of an earthquake, tsunami and nuclear accident turned the area into a toxic ghost town frozen in time. Simon’s story will be broadcast on “60 Minutes.”

The survivors of Okuma, about 11,000, left the town after the earthquake on March 11, 2011, most never to return. Yuna was one of 111 – including Kimura’s wife and father — who perished in the earthquake; her body is the only one not recovered there. Kimura has so far found just one of her shoes.

“If I stopped searching or gathering her things, I will lose the connection with her,” he tells Simon. “The reason why I can live my life every day is because I have to find her and her things…to keep my sanity.”

The Japanese have an intense connection with their dead and need to return to the towns hardest hit, but still dangerously radioactive.

To limit radiation exposure, Kimura and others who volunteer to search or return to visit the town cemetery are permitted 10 visits lasting five hours each per year. They must dress in protective clothing.

Other towns further from the nuclear plant have less radiation and residents can return more often, but still deserted, they seem frozen in time. Simon finds newspapers in the town of Tomioka dated March 12, 2011 and clocks stopped at 2:46, the precise time the earthquake, Japan’s largest ever, struck.

It will be many years, perhaps decades, before the areas closest to the plant can be re-inhabited. Untold tons of radioactive debris from towns like Okuma, must be carted away and stored in special containment facilities for generations.

At the nuclear plant itself, the cleanup will take decades. Each day alone, 100,000 gallons of ground water contaminated because it’s leaking into the reactors, must be pumped out and stored in tanks, which also leak.

TEPCO, the company that owns the nuclear plant, hired an American engineer to consult on the cleanup. Lake Barrett has experience, he directed the cleanup 35 years ago at Three Mile Island in Pennsylvania.