Police officer stops to save life of distraught dog 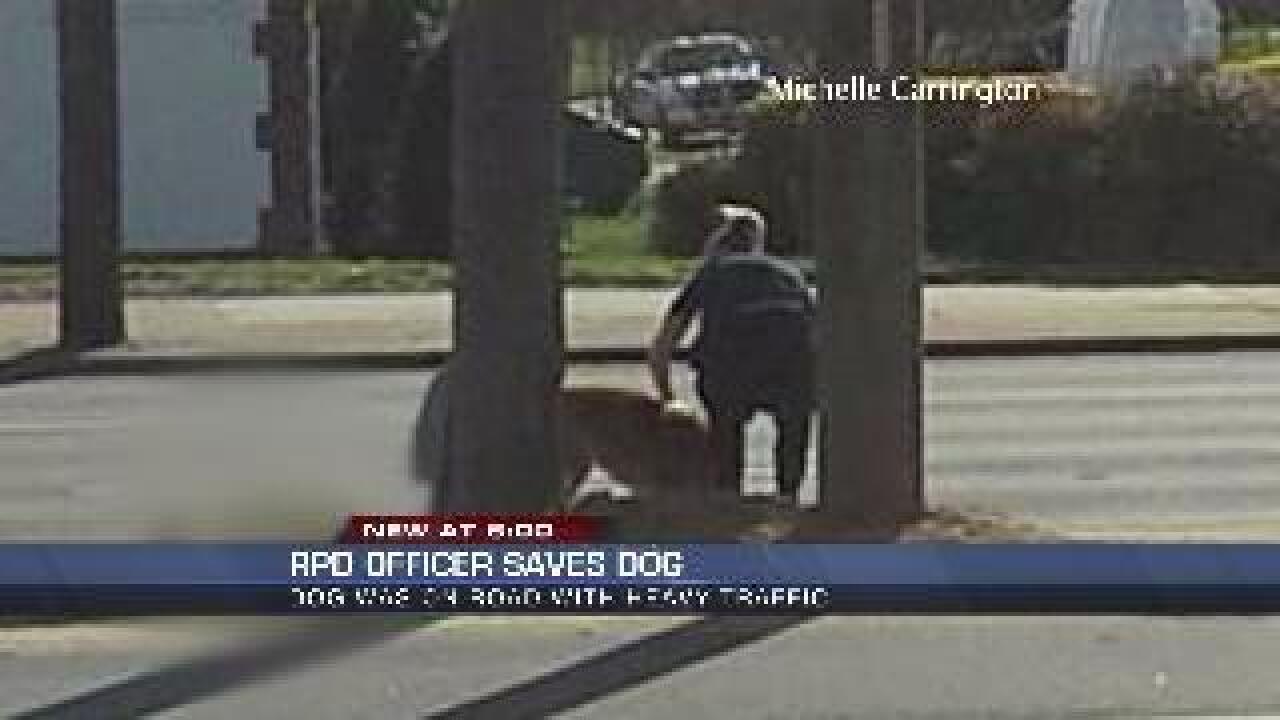 Richmond Police officer Karen Spencer-Boyles is a dog lover, so when she spotted two dogs in the middle of Jeff Davis Highway Tuesday morning, she simply could not drive off.

One of the dogs was dead. It was hit by a car.

The other dog was scared and whimpering, refusing to leave its friend's side.

A women who works nearby spotted Officer Spencer-Boyles and stopped to take a photo of what she called the officer's act of kindness.

"A Richmond city police woman stopped because a dog was hit and his friend was beside him barking," Michelle C. said. "She stopped and got him out of the road and soothed him." 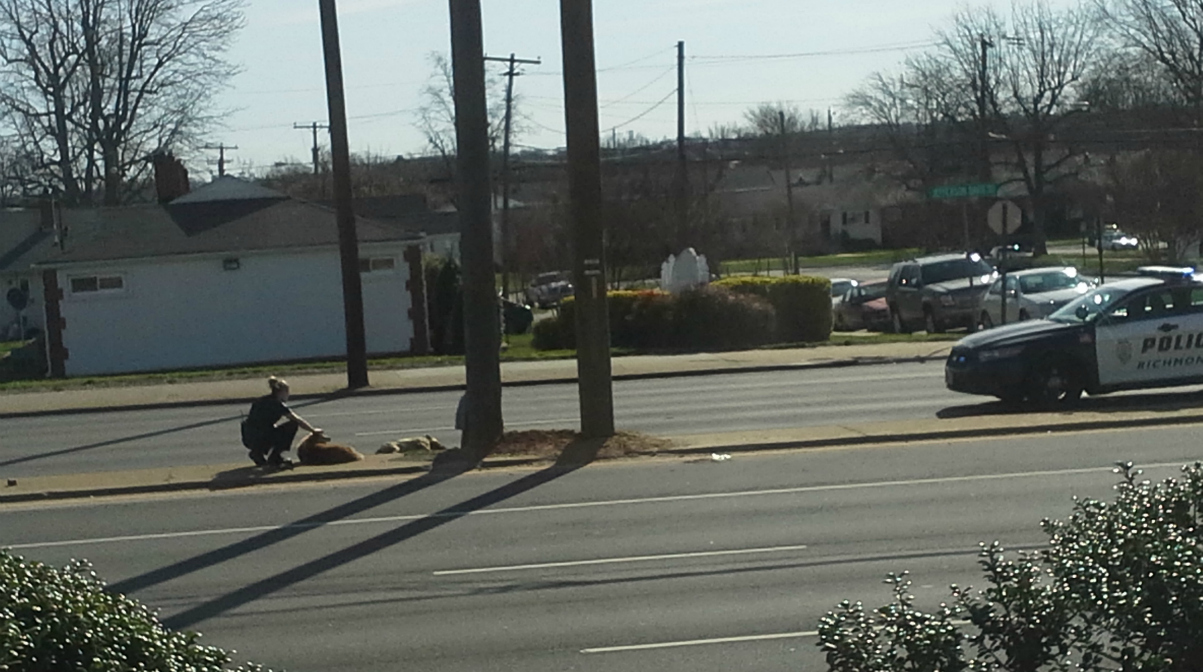 "For her to stop and take a moment of her time to show just a little compassion to an animal that obviously just lost his best friend goes to show us - there are some people out there that really do care," Michelle said.

Officer Spencer-Boyles said she too could tell the dog was scared and she also feared it would get hit by a car if she did not act fast.

"You could just tell he was scared," Spencer-Boyles said. "He just looked helpless. It's kind of like if you had a friend and your friend had been hurt. He just stood by his friend."

Thirteen years ago, while in the police academy, Spencer-Boyles got an English Cocker Spaniel named Tex. In 2009 her dog ran out into the road and was hit by a car.

A stranger saw what happened, stopped and helped to save the Spencer-Boyles' pet.

The surviving dog, who is being called Giusseppe, was collected by Richmond Animal Control and is at their office on Chamberlayne Ave. Animal Control believes Giusseppe has an owner because he is neutered and had a flea collar on.

Officer Spencer-Boyles urged pet owners to get their pets spayed or neutered.

"We see so many animals that are just roaming the streets, don't have any families and don't have anybody to take care of them," she said.