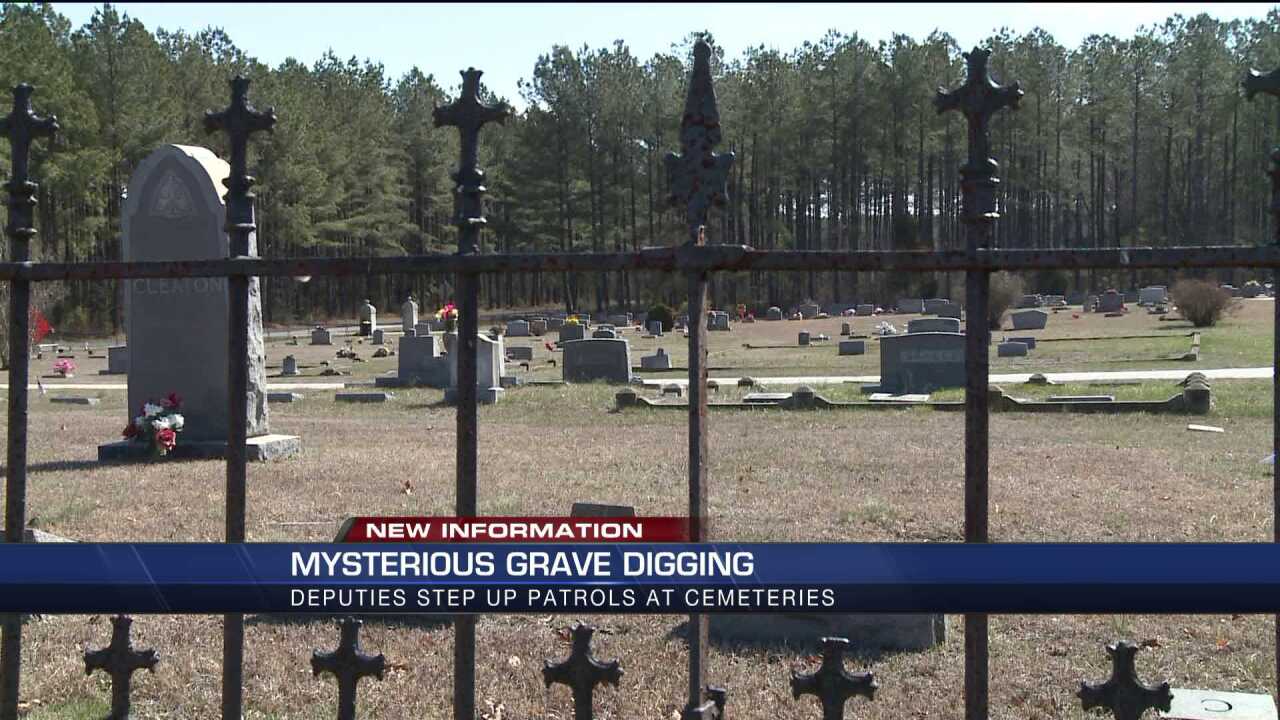 MECKLENBURG COUNTY, Va. (WTVR) – One week after two graves were found dug up at two different cemeteries in Mecklenburg County, the mystery continues to hang over that rural community.

Sheriff's investigators are not the only ones working to solve the case.

"The people in the community are really concerned about this going on," said Chris Pierce, who lives near the Canaan Cemetery.

Pierce told CBS 6 senior reporter Wayne Covil that many folks are so worried they are keeping a watchful eye on the graveyard to cemetery see if anything has been disturbed.

It has been one week since Mecklenburg County sheriff's deputies learned a 44-year-old woman’s grave had been dug up. Then the next day, deputies discovered the grave of a 7-month-old at a cemetery 3 miles away had been unearthed.

At the Blue Heron in La Crosse the dug up graves remain a hot topic of conversation.

"I'm not certain what they would expect to find, and you know, you hear people say maybe it's a cult,” said Wendell Terry with the Blue Heron Beer, Wine and Deli. “I don't know if that kinda thing is just here, but I just think it's out of the ordinary."

Bill Lightfoot, who spent 36 years in law enforcement, including investigating crimes related to the occult, weighed in on the mystery.

"This is usually kids that are misguided, misinformed and they've put together their own little form… of rituals," Lightfoot said.

RELATED: Some wonder if ‘bizarre’ graveyard mystery is work of cult

As the sheriff's investigation continues, a timeline is beginning to emerge.

"We're looking at around March 12 that the first grave was dug into,” said Mecklenburg County Sheriff Bobby Hawkins.

Investigators are also following up on all leads.

Tammy Stith believed one of her family’s graves had been disturbed when she spotted missing dirt and the grave appeared to have been “dug in.”

"My investigator and another deputy went down to the cemetery,” Hawkins said. “They checked it out, it looked like it had sunk down, but it had not been tampered with."

Sheriff Hawkins said he reached out to the sheriffs of the three North Carolina counties that border Mecklenburg to have them check their cemeteries.

Additionally, every time a deputy checks a cemetery, the search is being logged in a computer to establish a timeline in case another disturbed grave is located.

RELATYED: Graveyard Mystery: Sheriff has dire warning for whoever dug up caskets