(CNN) — Several hundred demonstrators clashed with officers in riot gear in Albuquerque, New Mexico, Sunday in a protest that raged for more than 12 hours, ending around midnight, CNN affiliate KOAT reported. The protesters were enraged by what they called police brutality in the March 16 shooting of James M. Boyd. KOAT reported that Boyd was homeless.

Meanwhile, arrests were made related to the protest, KOAT said.

Mayor Richard Berry told the station that an officer was spat on and hit with a rock and another officer was trapped in a patrol car. 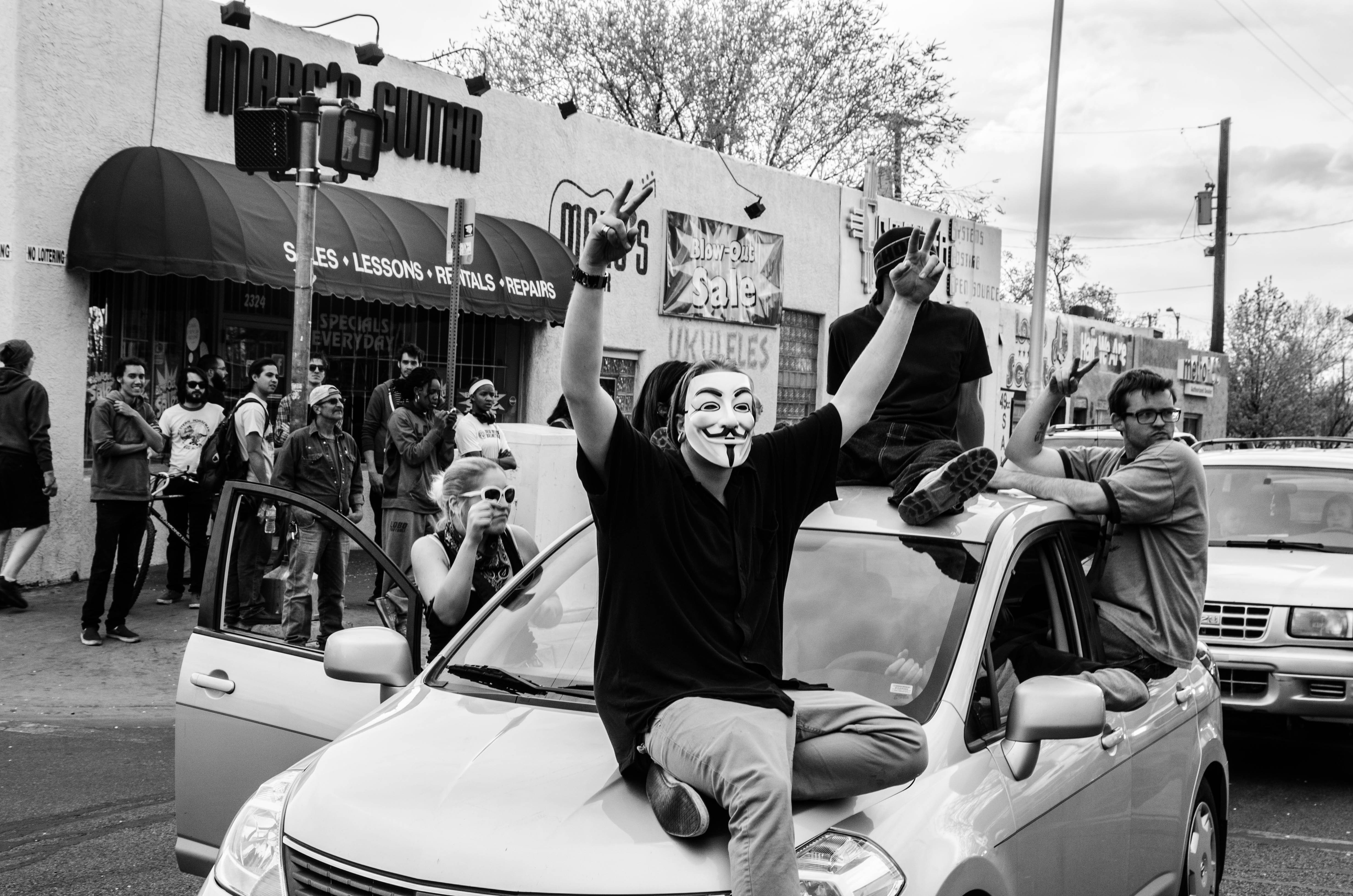 The mayor praised the police department for how it handled the protest, saying officers did an “exceptional job of de-escalating situations when we have protesters who obviously” want to “escalate the situation.”

“We want people to be able to protest,” Berry added. But he said the demonstration was plagued by a “smaller group of individuals whose main goal” was to “put the public and themselves in danger.”

According to KOAT, protesters began gathering at about noon Sunday, and made their way to the city’s Civic Plaza, the University of New Mexico and the Albuquerque Police Department.

The University of New Mexico tweeted about the protest: “Reports from the scene have informed us that tear gas has been deployed, arrests are being made, again please avoid the Johnson Field area.”