EAST MOLINE, Illinois (WTVR) – The parents of an Illinois toddler who cut his hand on playground equipment booby-trapped with straight-edged razors called the person who glued the razors to the monkey bars and other equipment “psychotic.”

Two-year-old Madden Jenks cut his hand when he climbed on the monkey bars Monday, according to a report on WQAD.com. 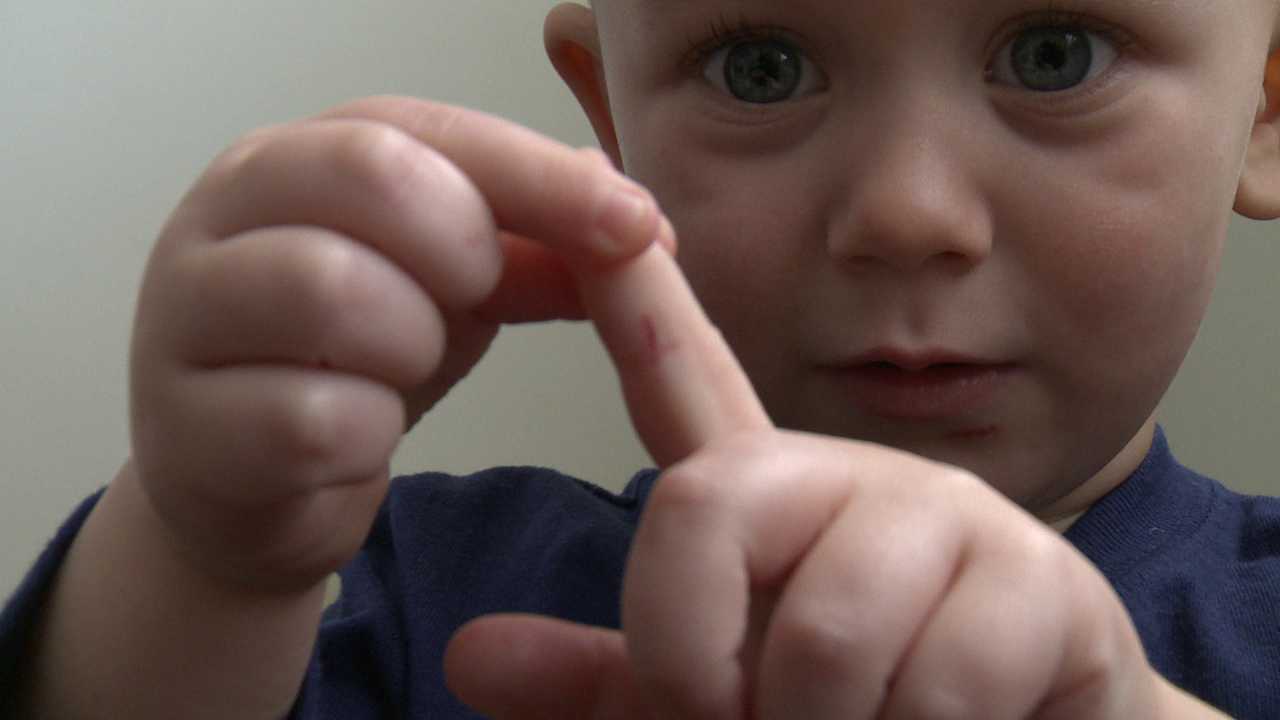 “He started bleeding and we looked and they were everywhere. The razor blades were everywhere,” Madden’s mom Sally Jenks said. “They were on the monkey bars, the rock-climbing wall, the fire pole, the bottom of the slide. Just everywhere.”

The child’s injuries, while scary, were not considered serious.

“It’s pretty sick. Psychotic. Luckily, it wasn’t deeper. He wasn’t old enough to put his weight on the monkey bars,” Madden’s dad Jayson Kenney. “What if he didn’t cut his hand and he slit his wrist?”

Police continued to look for the person who left the blades at the park.