Graveyard Mystery: Sheriff has dire warning for whoever dug up caskets

CBS 6 senior reporter Wayne Covil said family members had been showing up throughout the day at Canaan Cemetery, where a 44-year-old woman’s casket was unearthed, to check on their loved ones.

“It’s disgusting,” said Amy Smith. “I was on my way passing through the area, heard about the grave disturbances and just stopped to check on my family to make sure they were OK.”

Investigators discovered the woman’s grave had been disturbed on Monday. Then on Tuesday, another shocking discovery: a 7-month-old boy’s grave had been unearthed in another cemetery four miles away.

READ NOW: Some wonder if ‘bizarre’ graveyard mystery is work of cult

Mecklenburg County Sheriff Bobby Hawkins said the first step for investigators is establishing a timeline to figure out exactly when the graves were disturbed.

“We’re not sure. You know, two weeks, three weeks…. It’s no timeline on it right now,” Hawkins said.

He also believes that more than one person was involved in the digging.

“I feel sure they did it one night. I feel sure it’s more than one person. A combined let’s say to get down to the casket,” Hawkins said.

Additionally, the sheriff said all of the county’s 315 cemeteries would be checked because he fears other graves may have been dug up.

The sheriff also warned that whoever opened the caskets may have been exposed to chemical fumes. Those fumes built up inside a casket are reported to be so intense that they could send someone to the hospital.

Investigators are still urging family members to check their loved ones’ graves. If they notice anything suspicious, call the Mecklenburg County Sheriffs Office at 434-738-6171.

“I just wonder why they did it,” pondered Violet Seamster, who was also checking on her family’s graves. “What did they needed that they would resort to digging up graves?”

Jimmie Crowder of Crowder, Hite and Crews Funeral Home said it is a myth that people are buried with valuable jewelry.

“If we do use that, it’s only for the visitation or funeral service and we’re instructed to remove anything of value and return it the family,” Crowder said.

Crowder also pointed out that whoever dug up the graves would have needed a special key, which is not generally available to the public, in order to open the casket.

“Plus most caskets are anywhere from 20-to-16 gauge,” he said. “So with a locked casket, that would be the equivalent of trying to break into a locked car that has no windows.”

At the Horse Shoe restaurant in South Hill, folks were buzzing about the graveyard mystery Wednesday afternoon.

Stay with WTVR.com and CBS 6 News for continuing coverage of this story. 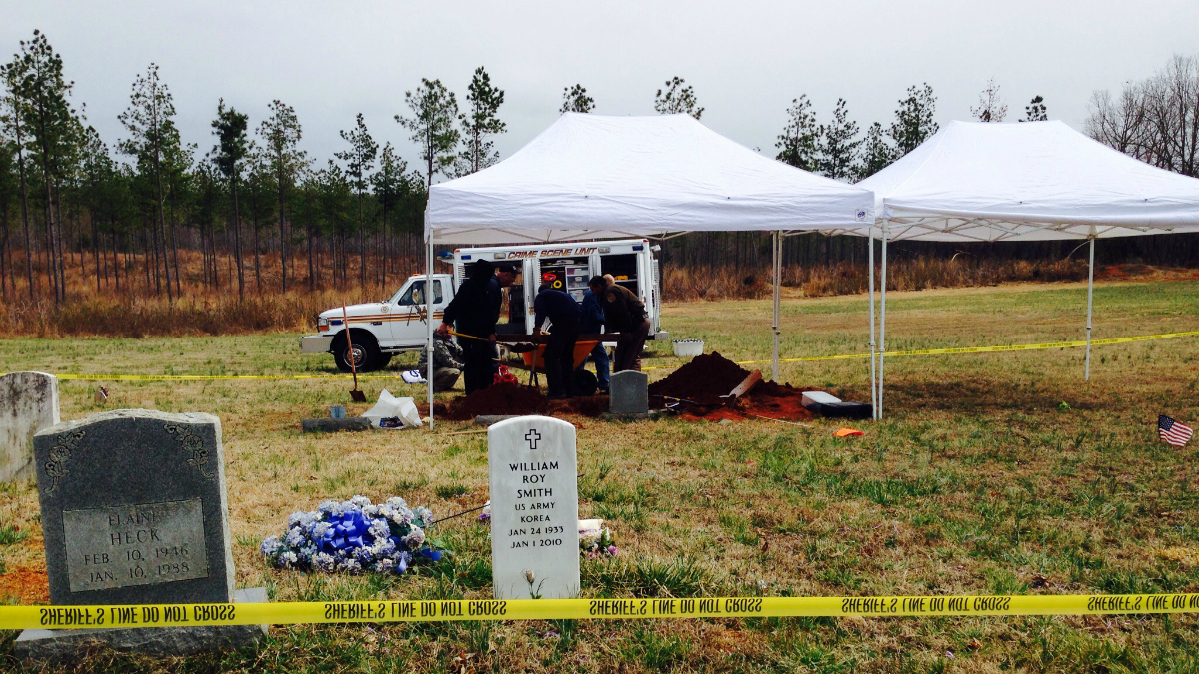