"At approximately 6:53 p.m. on Sunday, Richmond Police were called to a residence in the 4800 block of West Seminary Avenue for a report of a deceased individual,"  Richmond Police spokeswoman Dionne Waugh wrote in an email.

"When officers arrived, they found David M. Brockie, 50, deceased inside the home."

Detectives do not suspect foul play at this time, she added. The Medical Examiner’s Office will determine Brockie's cause of death.

"My main focus right now is to look after my band mates and his family," GWAR manager Jack Flanagan said in a statement. "More information regarding his death shall be released as the details are confirmed."

Founded in the 1980s by Brockie and fellow VCU art students, GWAR gained international fame for its brand of heavy metal music and outrageous stage show. 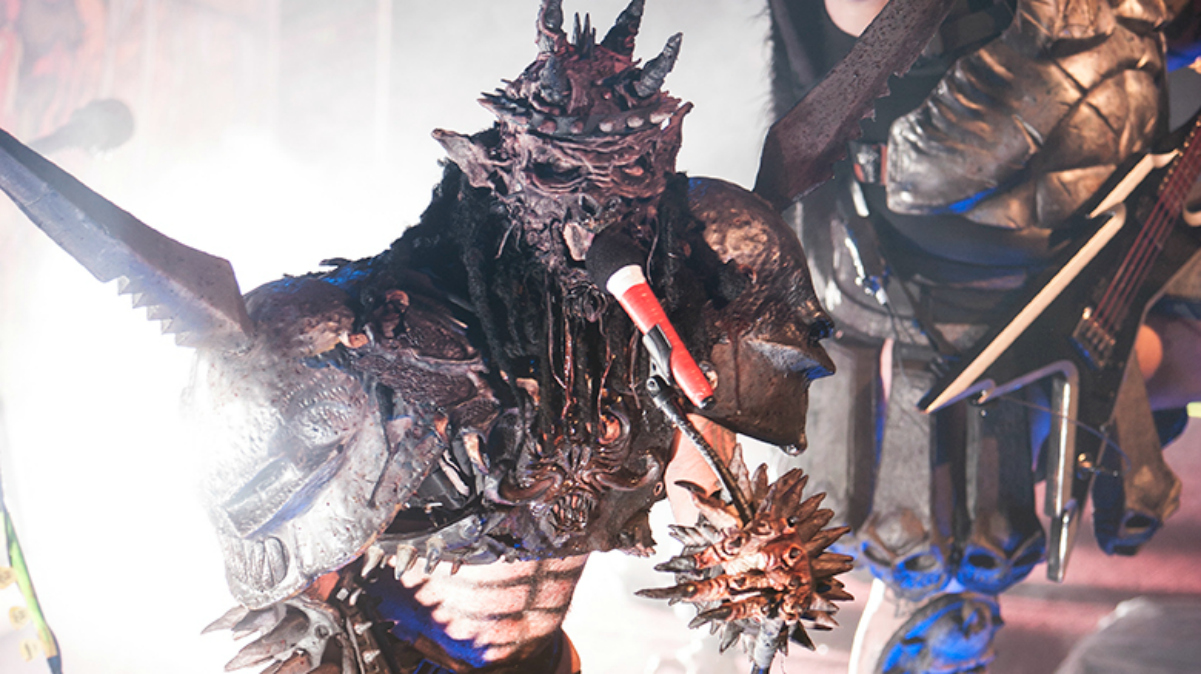 As part of the act, GWAR members created their own gory costumes and wild personas.

"Anyone who has seen GWAR knows it's an adult comedy rock musical," Brockie told CBS 6 reporter Mark Holmberg in 2011.

Brockie, who performed under the stage name Oderus Urungus, also appeared as a contributor on Fox News Channel.

"If it was Justin Bieber there'd be an army of shrieking 14 year olds that would tear down the walls of the prison and bust him out of there," Brockie told Holmberg in a 2012 interview. "Randy is obviously being accused of something by people who understand nothing about what's going on. When someone walks in off the street and sees a slam pit, and a metal band like Lamb of God plays, yeah, their going to go 'oh my God!'"

Blythe, who also learned of Brockie's death from Bopst, posted about the loss of his friend.

"When someone dies, a lot of the time people will say 'Oh, he was a unique person, really one of a kind, a true original'- most of these people no idea of what they are talking about- they obviously had never met Dave. Dave TRULY WAS ONE OF A KIND- I can't think of ANYONE even remotely like him," Blythe posted, along with a photo, on Instagram. "My band learned how to become a real touring band from GWAR- they gave us out first shot at this thing."

I got a very sad call tonight from my buddy Chris Bopst, who was one of the original members of GWAR- my friend Dave Brockie, AKA Oderus Urungus, the singer of GWAR, has left the building & taken off back to his home planet. He was 50 years old. I do not know details of why he died yet, just that he passed away at home & his roommates found him. When someone dies, a lot of the time people will say "Oh, he was a unique person, really one of a kind, a true original"- most of these people no idea of what they are talking about- they obviously had never met Dave. Dave TRULY WAS ONE OF A KIND- I can't think of ANYONE even remotely like him. That's VERY HARD TO SAY. My band learned how to become a real touring band from GWAR- they gave us out first shot at this thing. I learned many things from Dave, many of which I am eternally grateful for, and some of which I am deeply ashamed of. I took this picture at his birthday party a few months ago- Dave kissing his Oderous birthday cake. Right now, if I were to truly honor Dave in the way HE would do it if it were ME that had died, I would make a completely tasteless joke about his death. But I do not have the stomach for that- Dave would, but not me. He never put much stock in "limits". Richmond, VA has lost one of its most creative people. This is a crying shame to me. Thank you Brockie, for all the crazy shit you did- thank God you existed, so you could do it and I didn't have to. It was an honor to know you, to be your Shaky Slave, to serve in the Blood Vomits along side you (let's ride!), and to be soaked by your sweet cuttlefish. RIP Dave Brockie. Oderous, enjoy your trip back home.

Last week GWAR confirmed that August 16 would be the date for its annual GWAR-B-Q at Hadad's Water Park on Osborne Turnpike.

The Gwar guitarist died on the band’s bus in North Dakota while on tour in 2011. Smoot died from a heart attack brought about by a pre-existing coronary artery disease, according to North Dakota coroner William Masselo.