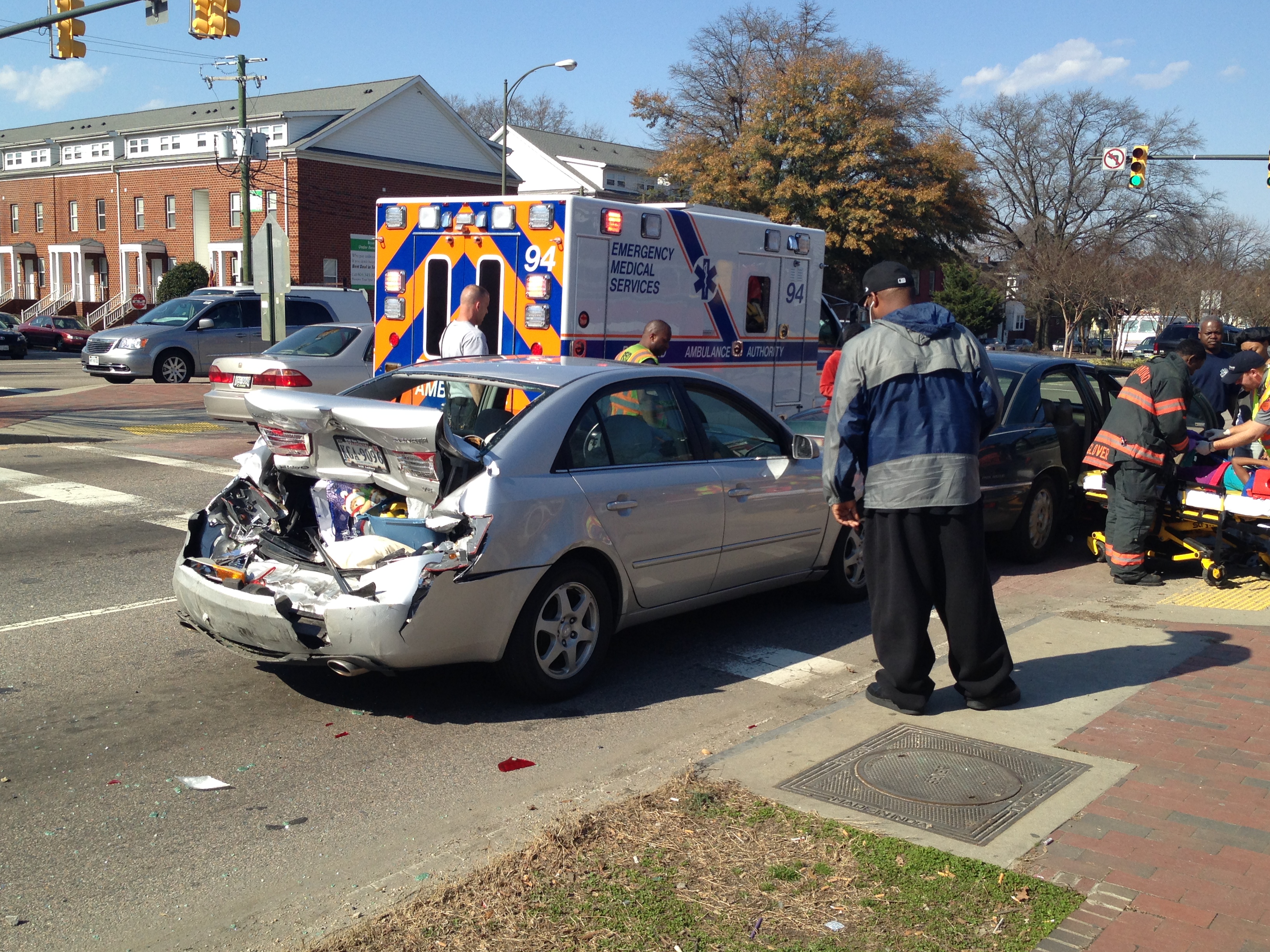 RICHMOND, Va. (WTVR) – Three children were rushed to the hospital Friday afternoon after a three-vehicle wreck on West Marshall and North Belvidere

Richmond crews arrived on the scene just before 4:10 p.m.

A viewer submitted photos that showed extensive damage and someone being taken away on a stretcher.

Officials said one driver vehicle will be charged with following too closely.

Additionally, the driver of the vehicle with the children inside will be charged with no child restraint.

The children were taken to the hospital for observation.