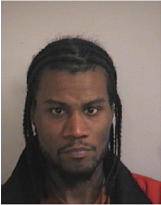 Petersburg police were called to Knights Inn at the intersection of South Crater Road and East Wythe Street around 8:20 a.m. for what they originally believed was a suicide.

The manager of the motel told CBS 6 senior reporter Wayne Covil that a woman ran into the office saying someone had been shot.

During the investigation, forensic evidence pointed suggested that the gunshot wound was not self inflicted.

Police arrested 29-year-old Dominic Greenwood of Petersburg around 5 p.m. Greenwood was charged with first-degree murder and use of a firearm in commission of a felony.

If you have information that could help police, call Petersburg Dinwiddie Crime Solvers at 804-861-1212.