CONETOE, NC (WTVR) -- A hunter in North Carolina says he was in shock after he shot a massive wild hog last month.

"It was very surreal. It was a shock,” Webb said in an interview with WNCT. "It was very humbling to say the least, when you walk up on a beast that big and you say, 'Oh my gosh. I had no idea that there could be something that big running around the woods of Eastern North Carolina.’"

Last month, Webb spotted the beast roaming near the Indian Woods in Bertie County on land leased by the White Oak Ranch Hunting Club.It was the same one other hunters had been vying for since capturing it on trail cameras years ago.

"The Mohawk down the back, the tusks really lean, the muscular big front end. This is far from a domesticated docile pig that we're used to," Webb said.

White Oak Ranch President Mike Mansell said the beast was part of a growing wild boar population that he estimates is doubling each year.

"They're a species that is invasive - once you have them, you're not going to get rid of them. They just continue to multiply," Mansell said. "It takes your breath away for a second to realize how big this hog is… It took up the entire bed of the pick-up truck."

Webb killed a similar-sized pig two years ago that is now mounted on the walls of the hunting club. But this time around, he chose to only harvest the meat, filling two coolers to the brim with sausage, pork chops and tenderloin.

"We're not going to waste anything, so that pig will provide food for me and my family for a good year," Webb said.

As for the skeptics, Webb swears his picture is not Photoshopped – and he said most reaction online has been positive.

"I just set out to put a little meat in the freezer, but afterwards I was completely blown away," he said.

Webb has been hunting since he was 12 and hopes to pass the tradition down to his son. 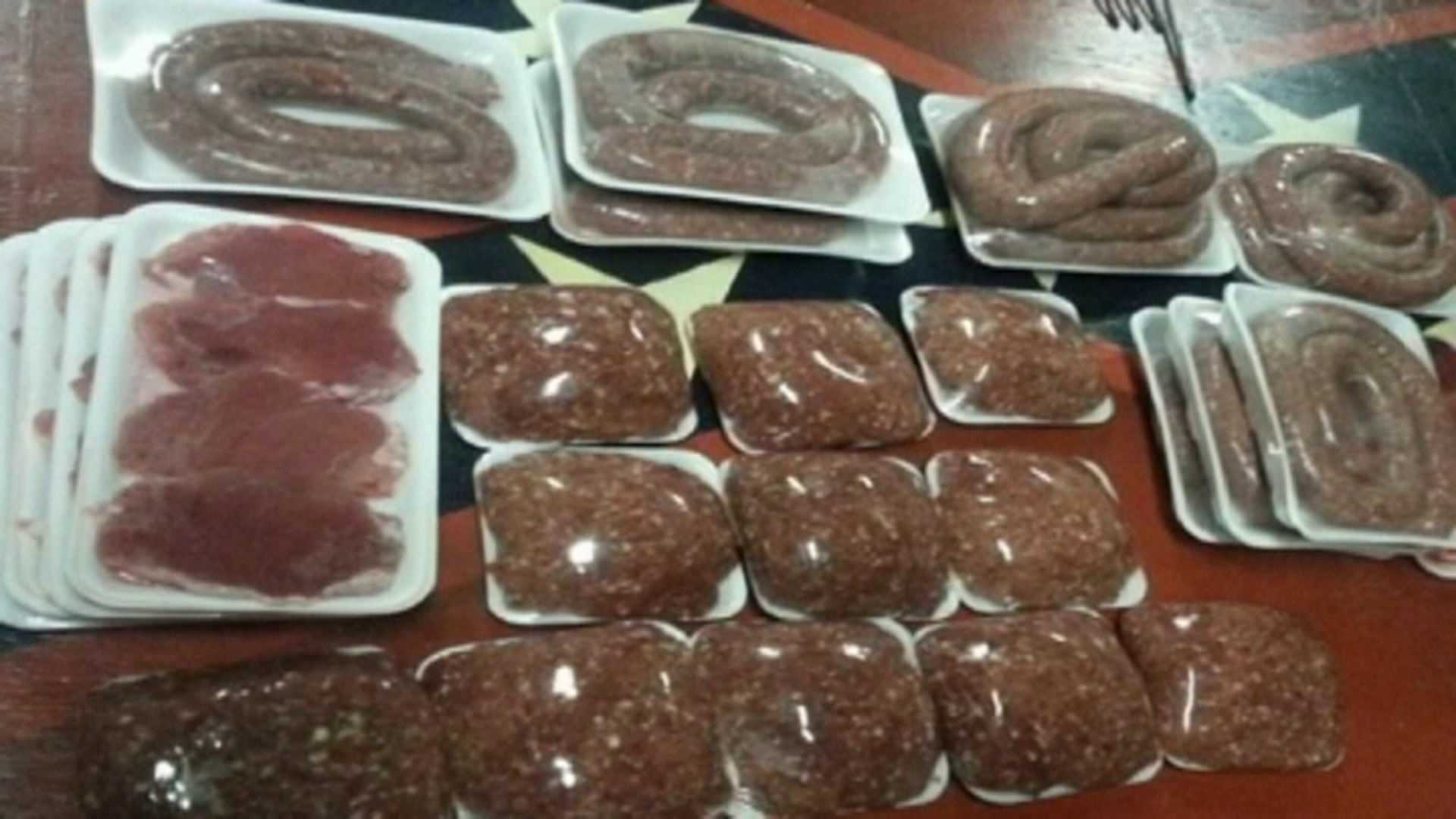