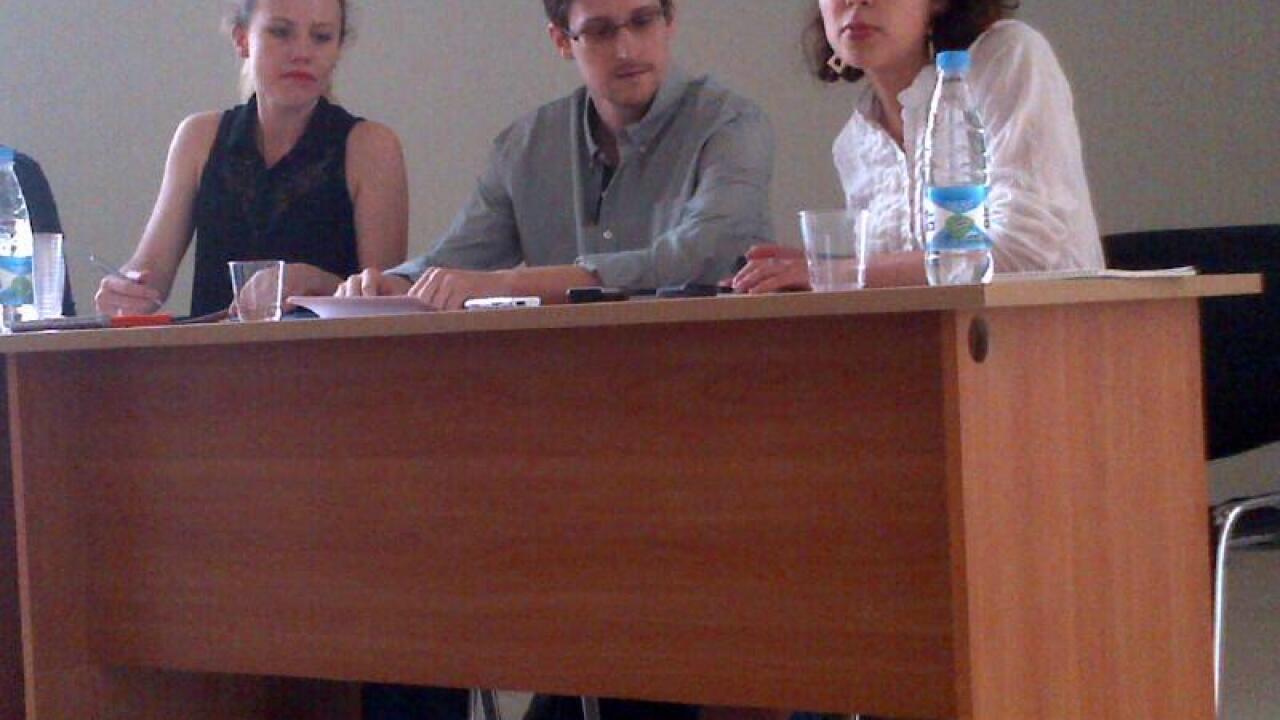 He spoke via teleconference from Russia to an audience of thousands at the South by Southwest Interactive Festival in Austin. The event marked the first time the former National Security Agency contractor has directly addressed people in the United States since he fled the country with thousands of secret documents last June.

In response to a question, Snowden said he had no regrets about his decision to leak the NSA documents.

“Would I do it again? Absolutely. Regardless of what happens to me, this is something we had a right to,” he said.

“I took an oath to support and defend the Constitution. And I saw the Constitution was being violated on a massive scale,” he added, to applause from the 3,000 people in the auditorium at the Austin Convention Center.

He appeared on video screens with a copy of the U.S. Constitution as a backdrop. The live stream was slow, repeatedly freezing Snowden’s image onscreen.

He also said that Internet users need better awareness and tools to help them secure their online information from prying eyes.

Snowden took questions from the audience and from Twitter. The first, fittingly, came from Tim Berners-Lee, who created the World Wide Web 25 years ago this week. Berners-Lee asked Snowden what he would change about the nation’s surveillance system.

“We need public oversight … some way for trusted public figures to advocate for us. We need a watchdog that watches Congress, because if we’re not informed, we can’t consent to these (government) policies.”

“The conversation will be focused on the impact of the NSA’s spying efforts on the technology community and the ways in which technology can help to protect us from mass surveillance,” an SXSW news release says.

Hugh Forrest, director of SXSW Interactive, said Snowden wanted “to talk to a tech-focused audience about the importance of building the next generation of online tools that protect user privacy.”

Also scheduled to speak at the tech-themed conference Monday afternoon — although in person — is journalist and civil liberties lawyer Glenn Greenwald, who broke the story about Snowden’s leaks of classified NSA documents.

Snowden, a former CIA employee and NSA contractor who fled the United States after leaking details of the American government’s spy programs, was granted temporary asylum in Russia last year.

He faces felony charges of espionage and theft of government property in the United States, and he has said he won’t return until the U.S. changes its whistleblower protection laws.

WikiLeaks founder Julian Assange addressed an SXSW gathering Saturday, also by teleconference, from London, where he is holed up at the Ecuadorian Embassy. Assange was granted diplomatic asylum at the embassy after Sweden sought to question him in connection with a sexual assault investigation.

The 10-day SXSW festival began Friday and wraps on March 16.