PHOTOS: Michael Robinson guest stars on ‘The Young and the Restless’

During an interview on “NFL Total Access,” Robinson revealed that his guilty pleasure is “watching the stories” on "The Young and the Restless."

When soap producers learned he was an avid fan, they invited Robinson to make an appearance. 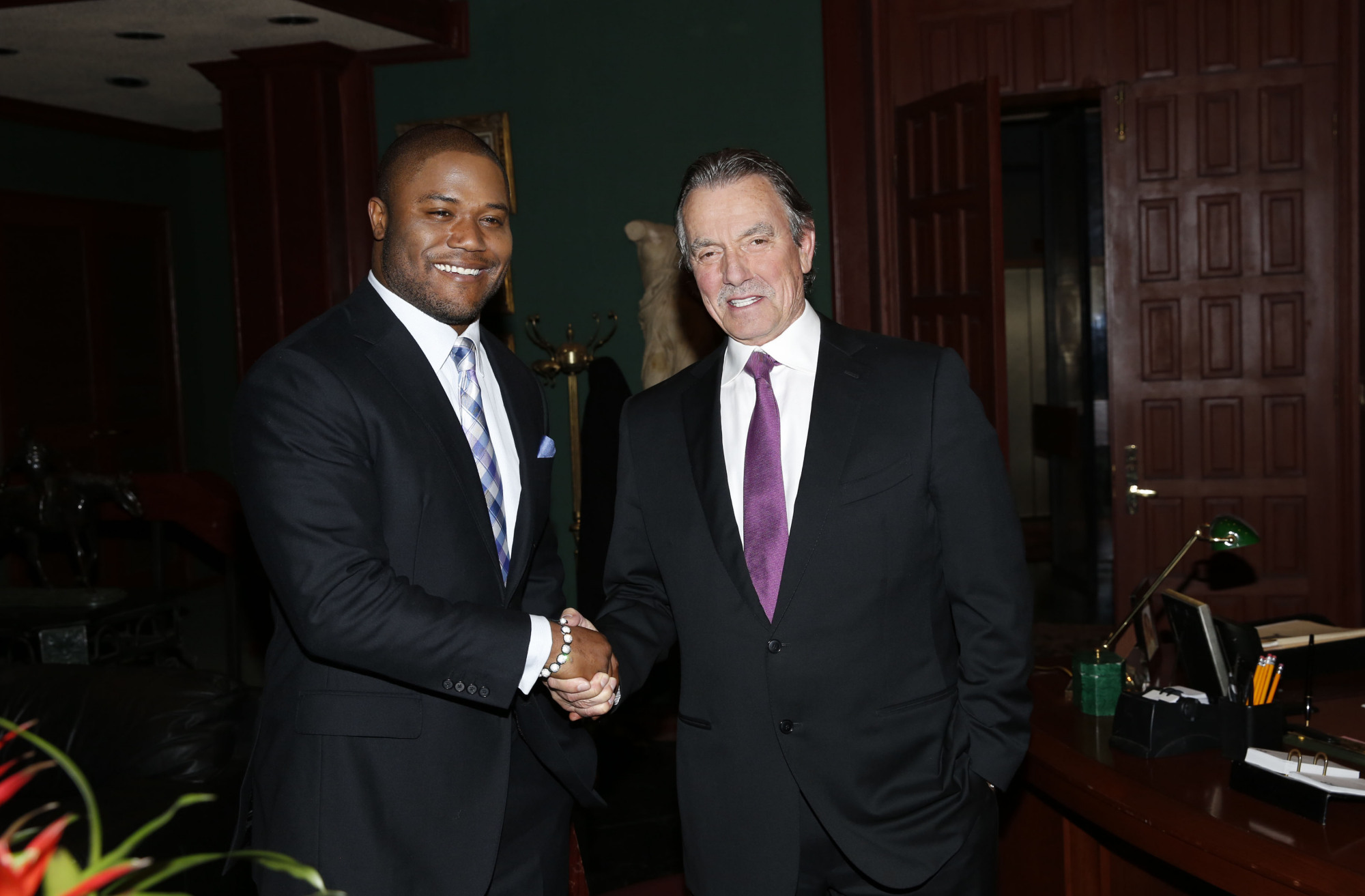 Robinson jumped at the chance to visit Y&R and was thrilled when he found out that he had been written into an upcoming episode working with Daytime Emmy winner Eric Braeden, who stars as tycoon Victor Newman.

“It was an amazing experience. I’ve been a fan for years, and it was great to meet the personalities on the show,” Robinson said. “I’ve always thought Y&R was the best show on daytime television because their storylines are always entertaining and intriguing. They welcomed me with open arms, and I felt like a part of the Y&R family.”

Robinson told SoapOperaNetwork.com that he cannot talk about what specifically happened in his scene, since the storyline is top secret. However, he did reveal he shared some special time with Braeden.

“We actually sat and chatted for about two hours before the scene, and we just talked football, talked working out, talked about how excited he is about what happened in the Super Bowl. He was very much intrigued about how we work and how we go about the business… and what it takes to play this game. He expressed to me that he doesn’t watch [football] as much as he used to, but he definitely was a fan of the Seahawks, and he enjoyed the way we played this past Super Bowl. And I told him, if I could ever get a chance, I invited him up to Seattle, if I’m ever up there, then maybe we can hang out a little bit,” Robinson told SoapOperaNetwork.

Be sure to set your DVRs for "The Young and the Restless" Thursday, March 13.