UPDATE: I-95 back open after morning truck fire

PRINCE GEORGE COUNTY, Va. (WTVR) -- All are back open on I-95 south at I-295 (mm 46) in Prince George County after a Thursday morning tractor-trailer fire.

Witness report seeing thick, black smoke billowing from the tractor trailer.  Smoke filled the interstate, and thirty foot spruce trees sitting next to the interstate were singed all the way to the top.

"Being so close to the woods, could you imagine if those caught on fire too?" said Mark Williams, who was one of the first drivers to approach the fire.  Williams praised the fire crews responding to the scene for their quick action.

Fire crews on scene said the flames kept spreading when the fire reached a new tire. Crews used foam and water in an attempt to put out the fire. They also attempted to remove each tire from the trailer. A process that took  "some time." 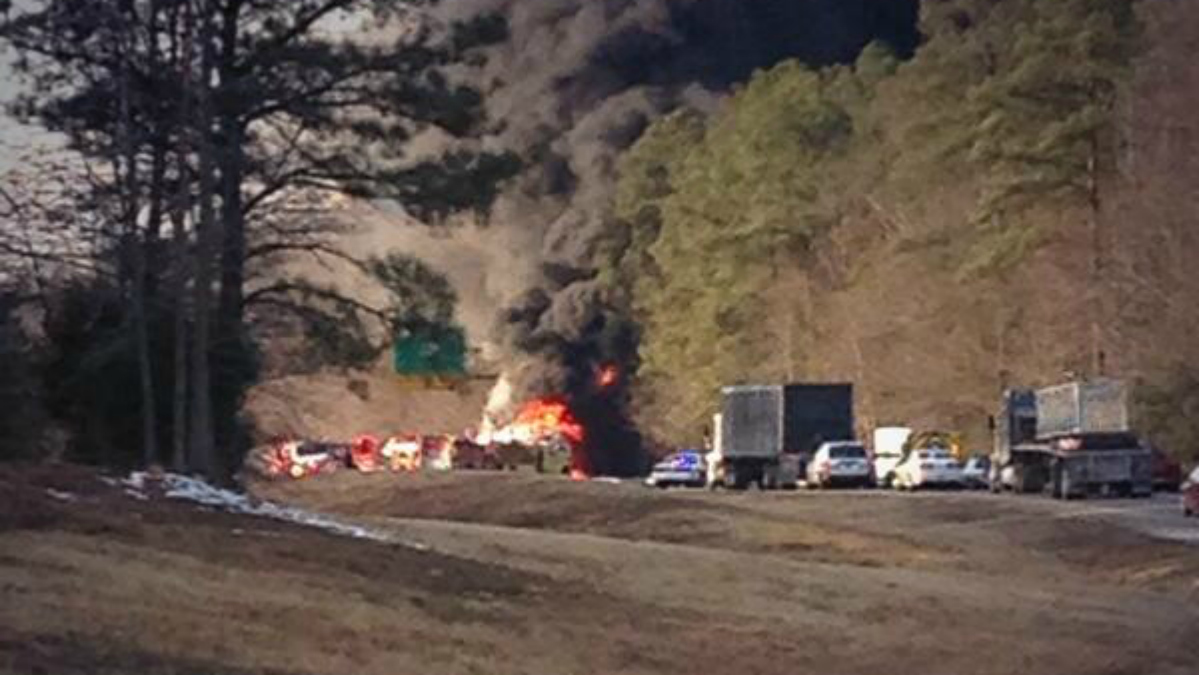 VDOT said the interstate would remain closed until about 4 p.m. as traffic from I-295 south was being diverted to Exit 3 (Rives Rd.).

Crews brought in a bulldozer to knock off side of the truck. Making progress. 95S still closed. @CBS6 @KristenLuehrs pic.twitter.com/2tJ9PlhxuU

There were no reported injuries, police said.

"Based on the preliminary investigation, the fire started as the result of a brake fire on the trailer," Molnar added.  Further investigation indicated the brake system failed at the driver's side wheel well and caught fire.  Those flames spread to the trailer, packed with tires.

State Police were called to the fire scene about 7:13 a.m.