PHOTOS: Pullman cars that once transported troops now up for sale 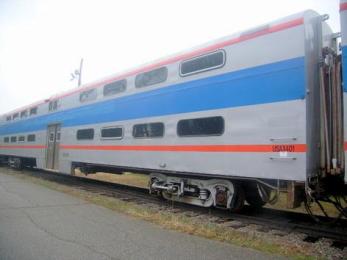 FORT LEE, Va. (WTVR) — The Department of Defense is auctioning off four Pullman commuter rail cars that were used to transport troops in times past.

Officials said since they are no longer needed by the military and are unusable for private sector use, they are now going up for public auction on the Department of Defense’s auction site: Government Liquidation.

Bidding for each of the four rail cars, which have 157 seats with additional standing room, starts at $25.

Keep in mind, the winning bidders will be responsible for pulling the cars from Fort Lee via a commercial rail carrier.

Another four rail cars are scheduled to be auctioned on Monday, April 7.