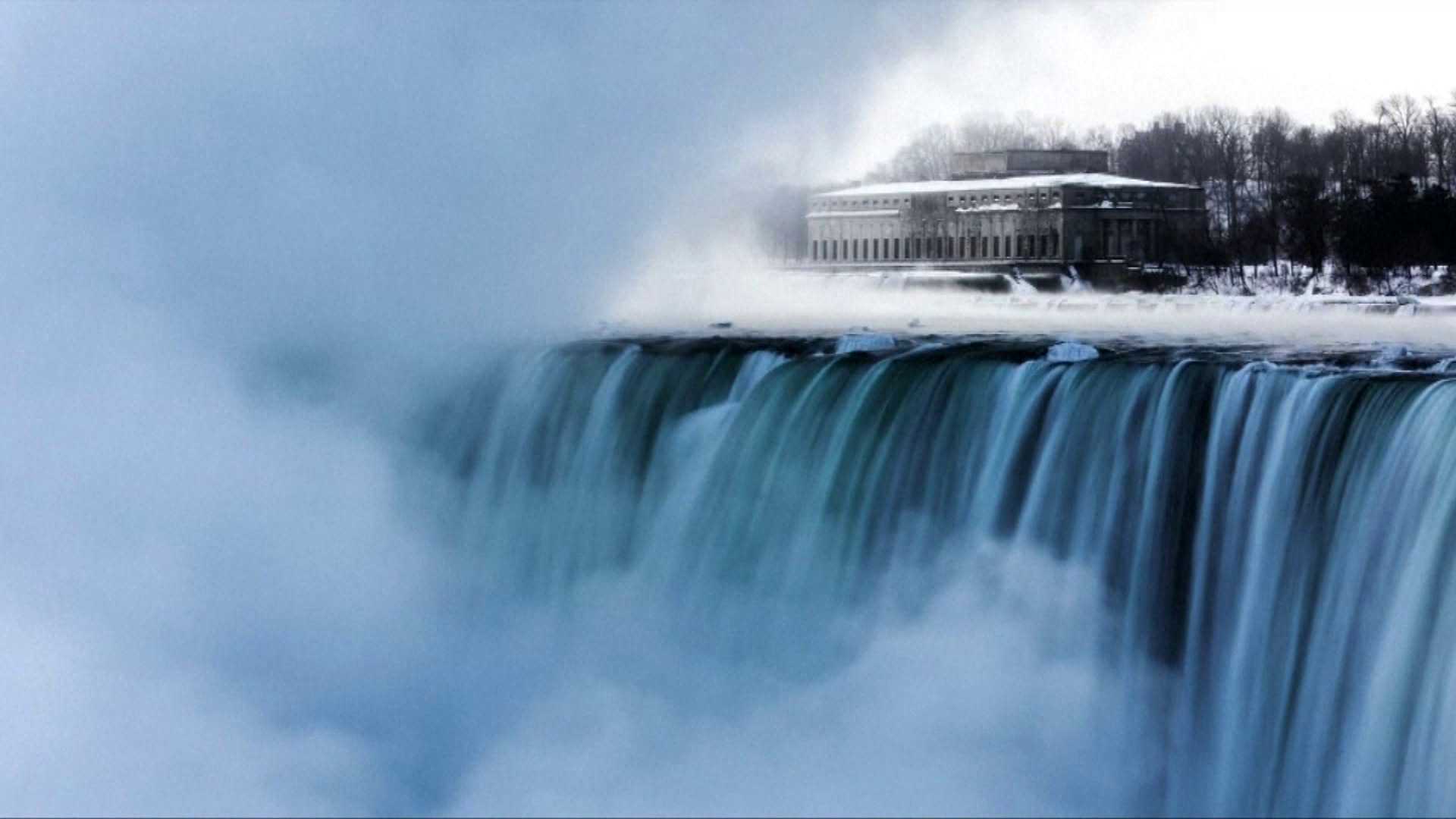 Parts of the Niagara Falls, between the United States and Canada were frozen on Monday March 3 as a deadly winter storm hit the U.S. East Coast with freezing rain, snow and near-record cold, canceling about 2,900 flights, shutting down Washington and closing schools and local governments.

Still, the sub-freezing temperatures of 0 degrees (minus 18 Celsius) at Niagara Falls did not put off tourists visiting the world famous destination to enjoy the spectacular view of a frozen Niagara Falls.

The latest in a series of weather systems to pummel the winter-weary eastern United States, the storm dumped about four inches of snow on the U.S. capital by early evening as it swept from the Mississippi Valley to the Atlantic coast, the National Weather Service said.

Temperatures would be about 30 degrees Fahrenheit (15 degrees Celsius) below normal as a cold front settled in from Great Plains to the Atlantic coast,

Instead of the normal high of around 50 Fahrenheit, temperatures in the region were plunging into the teens Fahrenheit said Brian Hurley, a weather service meteorologist.

Freeze warnings were in place from the Canadian border into Texas.

The main electric grid operator for most of Texas issued a conservation alert due to expected higher demand, and heavy sleet left about 30,000 homes and businesses in Memphis, Tennessee, out of power, Memphis Light, Gas and Water reported.

2. VARIOUS OF FROZEN NIAGARA FALLS ON AMERICAN SIDE

3. MAN WALKS IN FRONT OF FROZEN AMERICAN SIDE OF THE NIAGARA FALLS