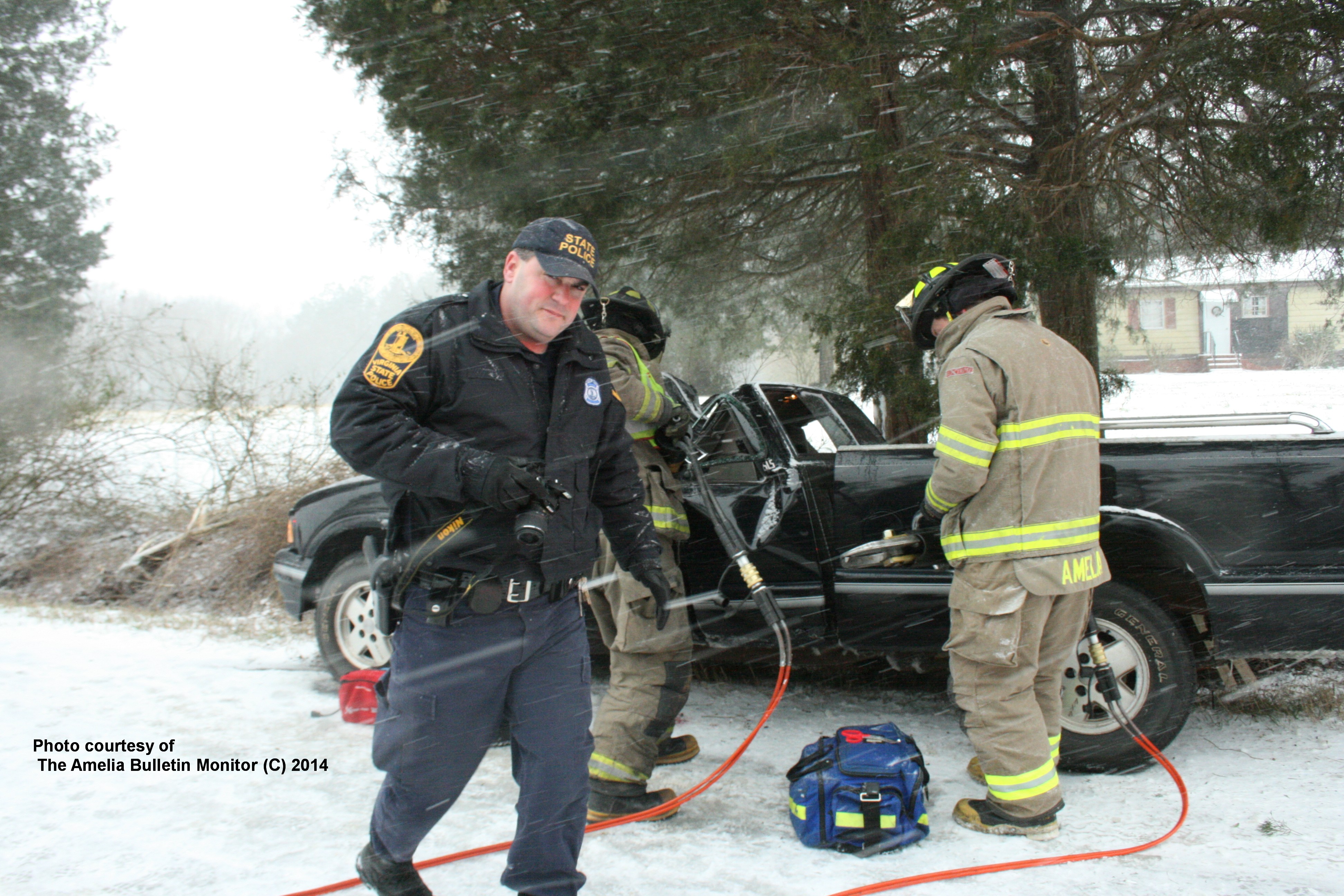 AMELIA COUNTY, Va. (WTVR) – A 30-year-old man was killed Monday morning in Amelia when his  1997 GMC Sonoma ran off  Route 614 (Dennisville Road) and struck a tree. The crash happened near Route 680 (Maxey Lane).

“The crash occurred when the driver of a 1997 GMC Sonoma lost control of the vehicle and ran off the left side of the roadway striking an embankment. The impact caused the pick-up truck to overturn onto the passenger side and strike a tree,” Virginia State Police spokesman Sgt. Thomas Molnar wrote in an email. “The 30 year-old male driver, who was not wearing his safety belt, died at the scene.”

Police have not yet released the man’s name. Investigators said it appeared speed and weather played a role in the crash.