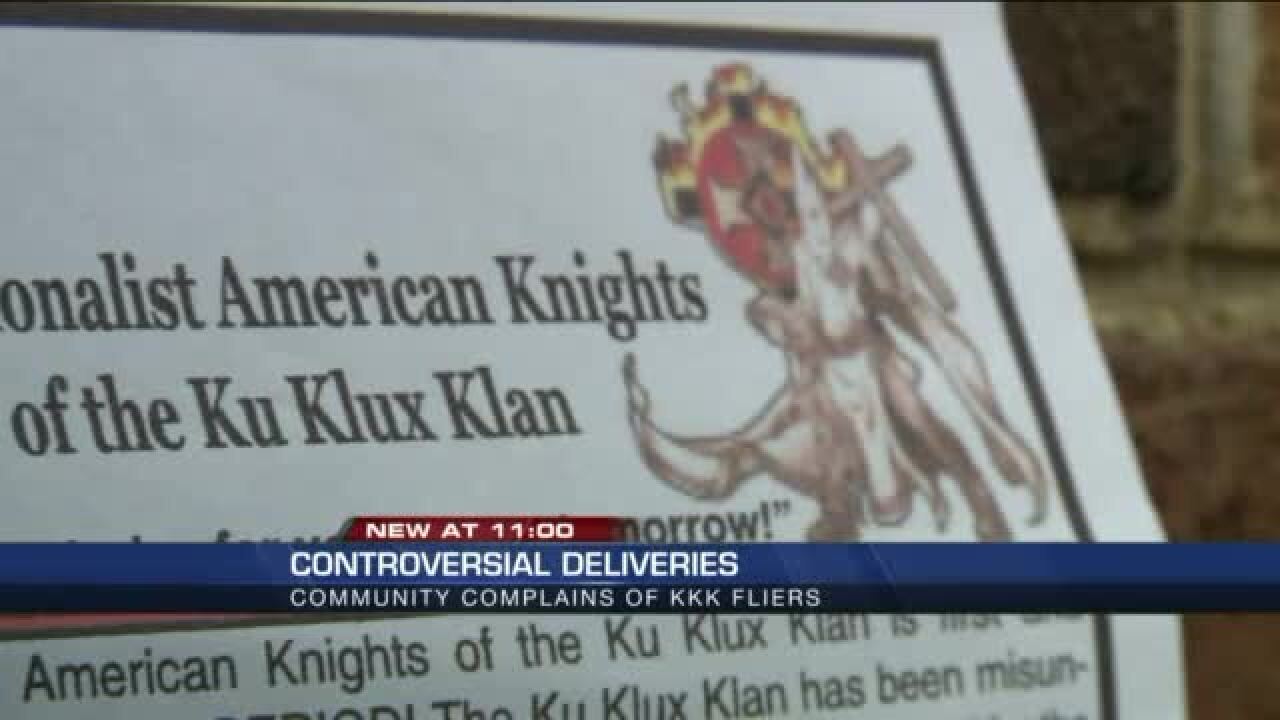 He said a flyer claiming to be from the Traditionalist American Knights of the Klu Klux Klan was folded up and placed on the side of his mailbox.

He and his wife say the flyer didn't just appear on their mailboxes, but other neighbors in the area.

"This is not welcome in our home," said Robinson.

CBS 6 reached out to the number listed on the flyer.

Frank Ancona, who said he is the imperial wizard with the KKK said the group does pass out flyers around the country. However, he said no one in his group would put the flyers on the mailboxes.

Ancona said it could have been printed by anyone.

"I feel like their freedom of speech isn't anymore greater than not receiving their speech," said Sharla Martinez, Robinson's husband.

Legal Expert Todd Stone said this sort of incident isn't a criminal offense, unless there were no trespassing signs or damages to the mailboxes.

Still, the flyers are ones that aren't sitting well with some neighbors.

"We don't really know when they did it, but it just seems a little sneaky," said Martinez.