(CNN) — Ten days after a radiation leak was reported at the Waste Isolation Pilot Plant outside Carlsbad, New Mexico, tests on samples collected from numerous areas in the plant found “slightly elevated” levels of airborne radioactivity, the U.S. Department of Energy said.

“These concentrations remain well below a level of public or environmental hazard,” the department said Monday in a news release.

Dose assessment modeling of the leak “showed a potential dose of less than one millirem at each of the environmental sampling locations,” about a tenth the amount a person would receive from a chest X-ray, the release said.

“The average person living in the United States receives an annual dose of about 620 millirem from exposure to naturally occurring and other sources of radiation,” it said. 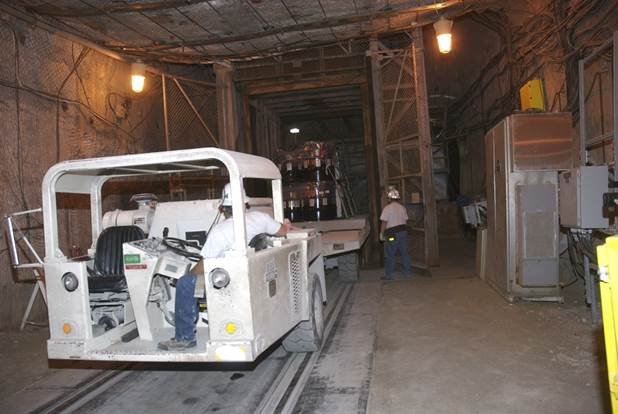 According to its website, WIPP “safely disposes” of the nation’s defense-related radioactive waste.

Waste shipped to WIPP, which is 26 miles outside of Carlsbad, is “permanently” disposed of in rooms mined out of a salt formation 2,150 feet (0.4 miles) below the surface of the desert.

The waste generally consists of clothing, tools, equipment, sludge, soil or other materials contaminated with man-made radioactive elements that are heavier than uranium.

An alarm late on February 14 indicated higher than usual levels of airborne radiation and led to a first-of-its-kind response since the nuclear disposal facility began accepting waste in 1999.

An air monitor at the plant detected the spike in an isolated area below ground, which prompted the shutoff of filtered air from the facility into the environment around it.

“This is the first time we had to close off air filtered by the facility to the outside,” Energy Department spokesman Gregory Sahd told CNN last week.

The radiation was first detected at 11:30 p.m., according to Sahd. He said the facility’s ventilation system, which monitors air quality, automatically switched to “filtration mode” when the leak was discovered.

Because of the location of the incident, Sahd said, there was little risk to employees. Those who were inside the above-ground area of the facility were quarantined until radiological control technicians cleared them to go home.

“No one was underground when the alarm went off,” Sahd said. “And everyone that was in the facility (at the time), we know where they are and we’ve tested them.”