(CNN) — Every detail was planned out that afternoon.

Lee Jordan was meeting a friend at a Starbucks in Herndon, Virginia. He had scouted out the area, including the parking situation, since he could walk only a very short distance.

He also wanted to make sure he didn’t have to stand in line and could sit without fear of breaking the furniture.

This was no ordinary chat over coffee. Jordan was meeting Beth, his high school and college sweetheart, more than 20 years since they had last seen each other.

He had only told Beth that he was out of shape — that he had gained some weight and lost some hair.

He anticipated the same looks he usually received from others who met him.

What happened next was life-changing.

“Beth looked at me, and all she saw was Lee Jordan,” he remembers. “That’s it. There was nothing but love and acceptance in her eyes.

“I cannot express how powerful that was. That was the turning point to give me the willingness to turn things around.”

In 1979, 15-year-old Jordan met 16-year-old Beth Schwein through a church youth group in the Washington area. The two started dating soon after.

After graduation, Schwein went to Radford University in Virginia; Jordan followed her a year later.

“In our minds, we (just had to) finish college, and then we could get married,” he said.

While Schwein was on a straight-and-narrow path, Jordan focused more on partying and less on academics.

Eventually, Schwein got fed up and broke up with Jordan. She graduated. Broken-hearted, Jordan dropped out of school, moved home and went to work.

Schwein requested that the two not speak because it was too painful. He obliged. 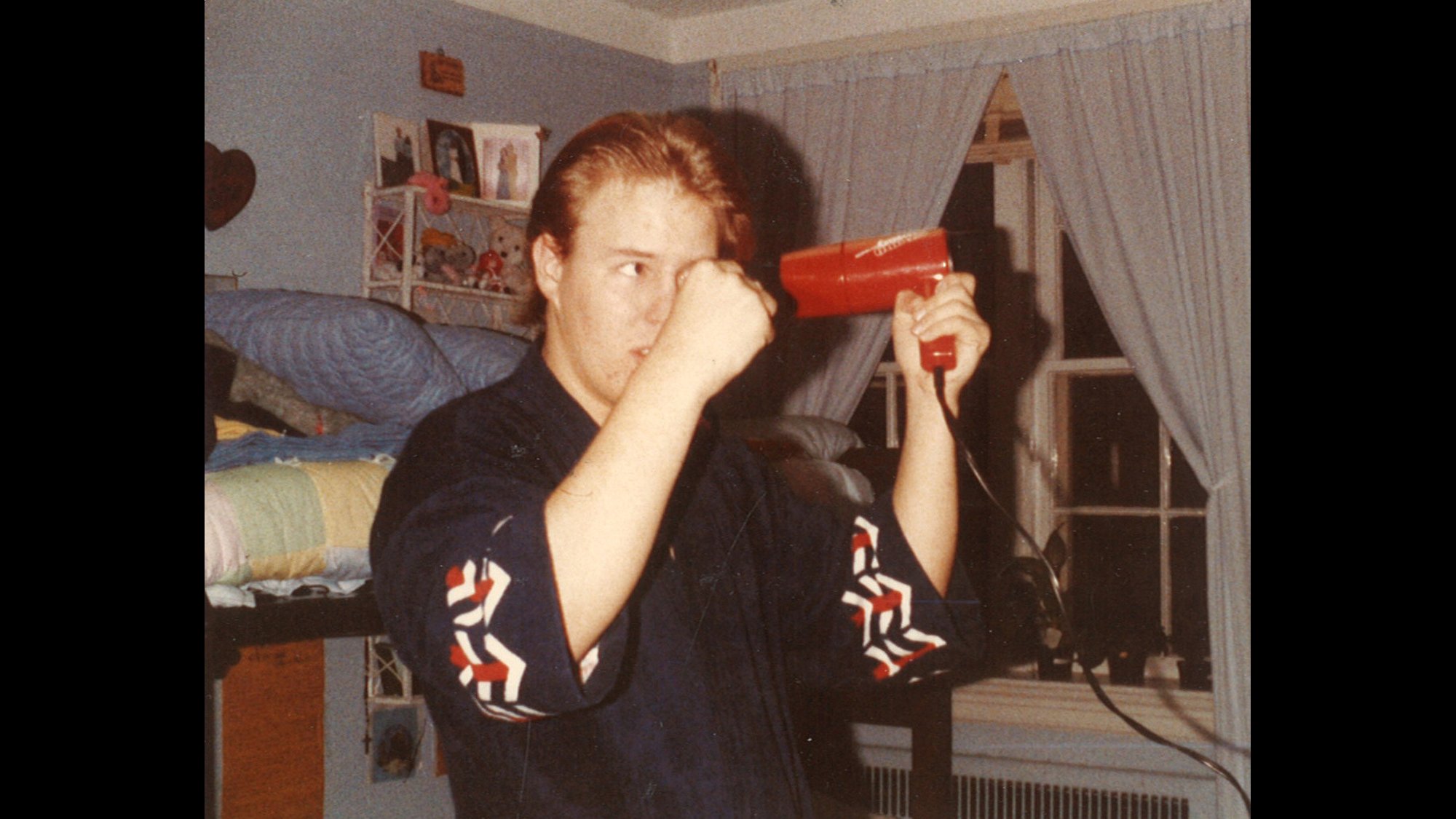 Jordan immersed himself in his job as an assistant manager at a clothing store.

Professional success, though, came at a high price. Not only was he not exercising, he was binge eating at night. Whether he was on the road or home alone, he estimates, he was eating 8,000 to 12,000 calories a day.

“I never ate less than two large pizzas, followed by the super-size large family bag of Doritos, two large tubs of dip, two large boxes of cookies and a half-gallon of ice cream,” he said.

The pounds continued to pile on as he dealt with the stress of work.

“I buried my emotions in food.”

Over the next decade, Jordan tried to battle the extra weight. On one occasion, he dropped 100 pounds in just four months.

“I would get on the treadmill or Stairmaster every single day for one hour,” he said. “Then I would eat practically nothing: anywhere between 600 to 900 calories a day, which is insane.”

But he soon learned this was not a lifestyle he could sustain. He gained all the weight back.

Nine years later, Jordan went to a weight loss camp. For a year, he prepared healthy meals and worked out. He was able to again drop 100 pounds.

He instantly started gaining it back once he returned to work.

He even tried a lower-stress job. Yet his obesity problem persisted.

Jordan never married and barely dated. Even though he had no communication with Schwein, no mutual friends and no plans of ever seeing her again, he dwelled on her, often sifting through a box of cards and letters she had written years prior.

Meanwhile, Schwein did what she thought she was supposed to do: build a career, get married and have a family.

But in 2004, an aunt’s dying wish prompted her to send a letter to Jordan out of the blue.

“(My aunt) knew how my life was going, and it wasn’t the perfect life,” she said. “I wasn’t completely happy.”

In the letter, she talked about how their love had been true and apologized for any hurt feelings. She caught him up on her life.

Several years earlier, she had suffered a broken back as a result of a Rollerblading accident. She didn’t opt for the surgery the orthopedic surgeon had recommended. Rather, she taught herself to walk again, strengthening her body by working with a trainer certified by the American Council on Exercise.

Feeling better than ever before, she then decided to get certified as a trainer herself.

“If I could do this, then I could help somebody else,” she remembered thinking. “It wasn’t about doing anything extraordinary. It was about doing little things every single day.”

Shortly before the two met again in 2008, Jordan was diagnosed with obesity-induced breathing problems, diabetes and high cholesterol. He was put on an oxygen machine. Doctors warned him that if he didn’t lose weight, he would be dead in two years.

“Even that couldn’t (motivate me),” he said.

But after he saw Schwein, her love and acceptance encouraged him to make a complete lifestyle change. His first step was having an adjustable gastric band inserted around his stomach to control his food intake.

He also began a walking program, starting out for just 30 seconds at a time. Then he hired an ACE trainer. Schwein, who lived more than two hours away, encouraged him via letters.

As Jordan became healthier, the couple began to explore their relationship beyond the occasional letter.

“All the years were washed away,” he said. “I was alive again.”

After Schwein’s divorce, the two got engaged in 2012 and were married shortly thereafter.

The site of the proposal? The same spot in Starbucks where they had met for coffee four years earlier.

“Love, acceptance and encouragement (were) the difference-makers for me,” he said.

Today, both are ACE-certified personal trainers. Jordan is also a health coach. They are committed to helping others live healthier lives.

The couple often does 5Ks, 10Ks and half-marathons together. They also both participate in triathlons.

They work together at Beth’s Boot Camp in Jacksonville Beach, Florida, a program specifically designed for women. They also see individual clients through their company, Fullest Living.

The couple likes to say “Go small or go home” rather than “Go big or go home.”

“If you do a little at a time, you can gain so much,” Jordan said.