That’s what a 30-year-old Virginia Commonwealth University student – a wife and mother of a little girl – thought as soon as she leapt of her almost new Honda Civic that was crushed by the booms of a crane that had been scraped off a flatbed truck by on overpass Wednesday afternoon.

She jumped out, she said, because “I just thought the car is going to blow up. This is the first thing that came to mind.”

And why not? Just moments earlier her airbag exploded in her face as the crane boom flattened the entire right side of her entire car, except for the small area where she sat. Another boom hit the pavement just to the left of her car.

It was 4:30 p.m. when the crane booms hauled by a northbound 2007 Freightliner flatbed tractor-trailer driven by Omar J. Alston of Roanoke Rapids struck the 13-foot-11-inch Chamberlayne Avenue overpass, scraping off the load into the roadway ad practically into the student’s lap.

The student was behind the rig, on her way to her Henrico County home from VCU. She suffered minor injuries.

The trucker was charged with equipment being over height, according to the state police.

It’s far from the first time this low bridge has been hit, a VDOT worker told me. The accident caused a long back-up on northbound 95 as the snow began in earnest.

The trucker told CBS 6 that he is heartbroken, and so grateful it wasn’t worse.

He said the first thing he did was run back, his heart in his mouth, to see if the driver was ok.

It’s a miracle, he agreed. He had just started his hauling business a couple of months ago, he added sadly. This wasn’t the start he had in mind.

The young woman’s husband came to the scene, also extremely grateful he wife was ok. He got her travel case out of the car, along with their baby seat, and then used his cell phone to video the accident that could’ve easily claimed his wife.

He didn’t have much to say as the clean-up began.

“He thinks it’s a miracle,” the young woman said, “like I’m thinking.” 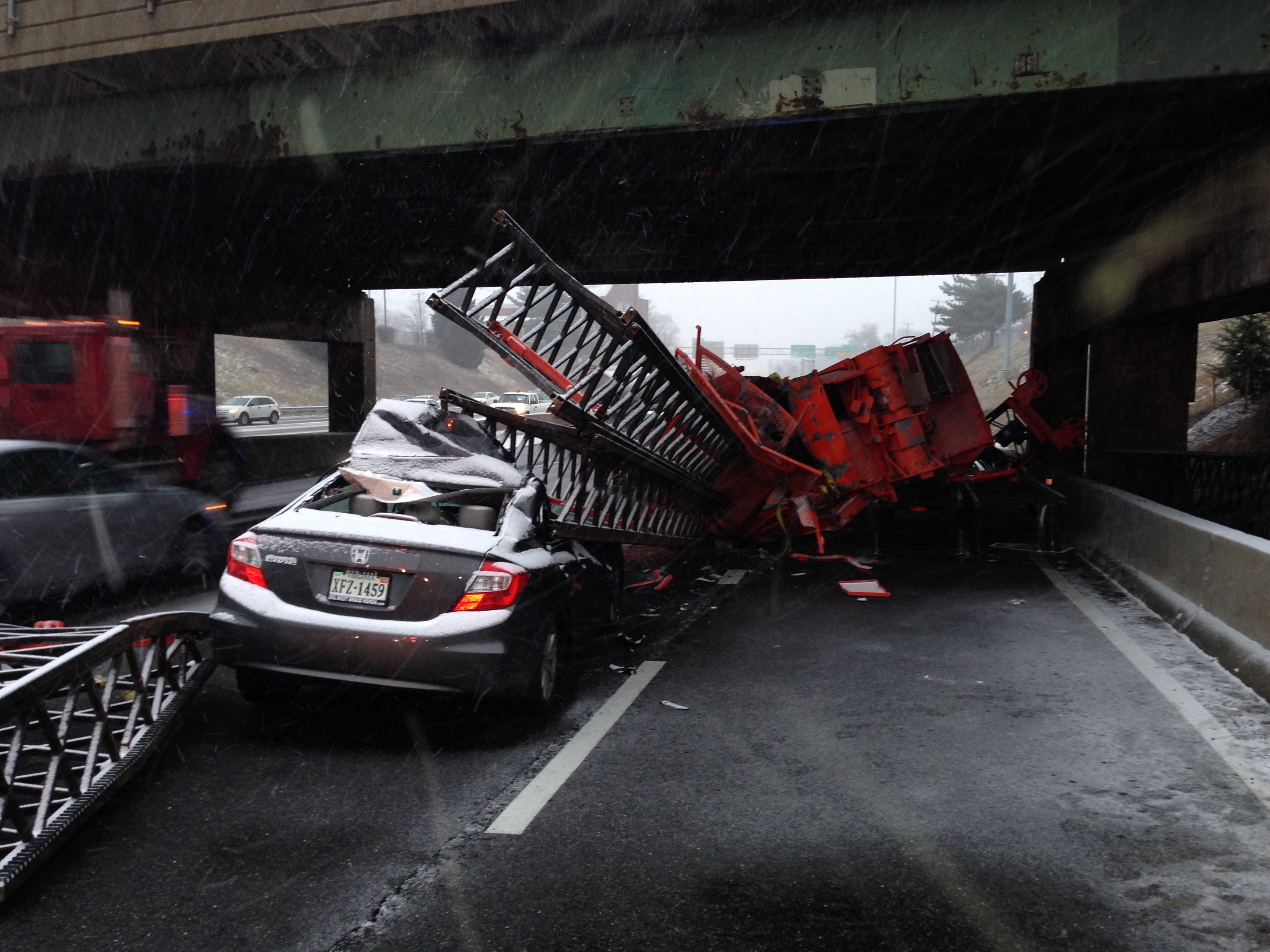