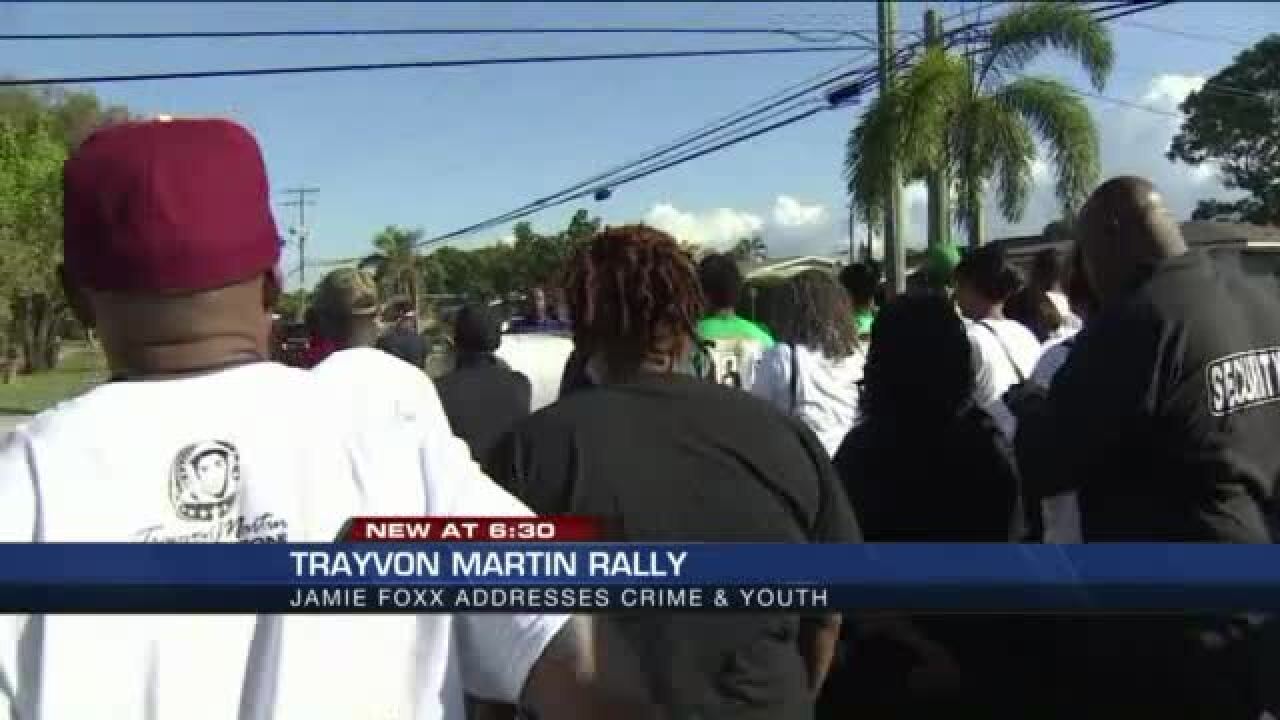 MIAMI, Fla. (WSVN) --It has been two years since unarmed teen Trayvon Martin was gunned down by then neighborhood watch captain George Zimmerman.

Martin's parents led a rally through the streets of Miami Gardens, Florida, calling for peace on Saturday.

Sybrina Fulton and Tracy Martin were by joined hundreds of demonstrators, including actor and singer Jamie Foxx, for a 1.1-mile walk.

The Hollywood star challenged young people to become the solution to the black-on-black crime problem.

“The blood that flows through America that is from gun violence is mostly African-American and yet you young black folk sit here mute and don't say nothing about it,” Foxx said.

George Zimmerman was found not guilty of murdering Martin, who would have celebrated his 19th birthday this week.