Chesapeake pit bull euthanized before volunteers could save him 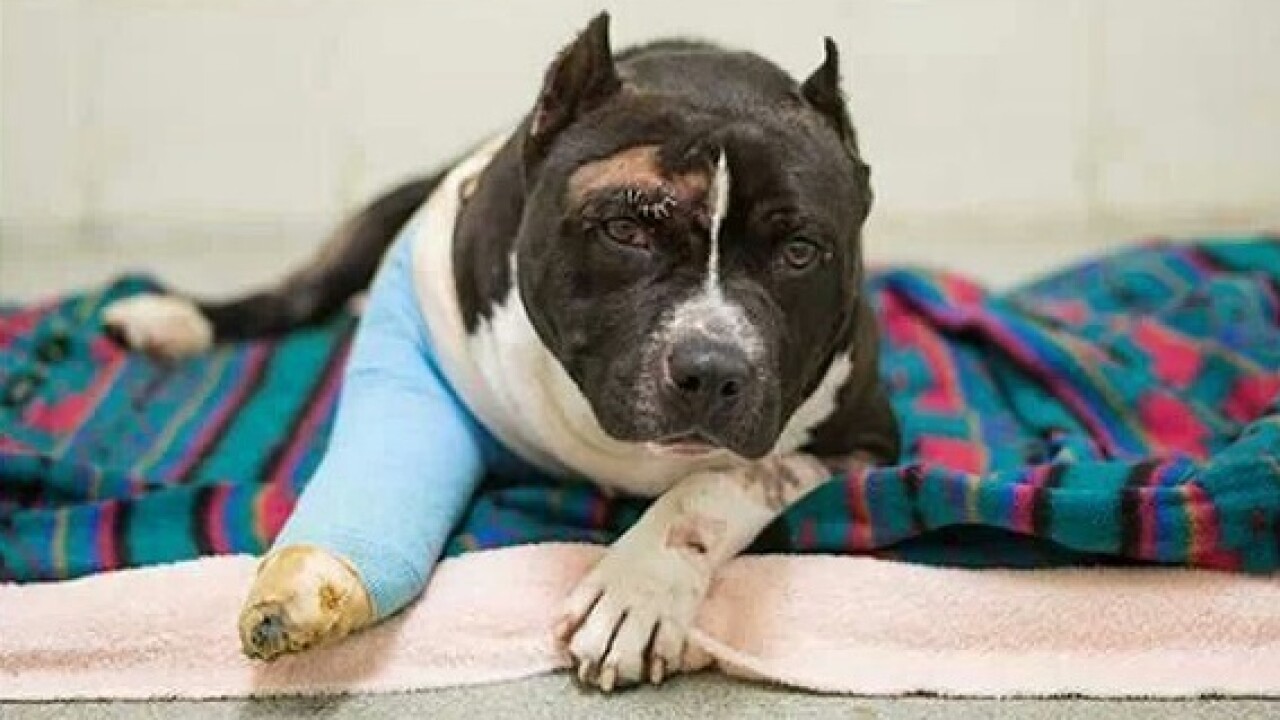 CHESAPEAKE, Va. (WTKR)–Social media outrage exploded after a pit bull named Ozzy, who was hit by a car and left for dead last Friday night, was euthanized by the shelter before volunteers could adopt him.

Temperatures were so low and he was there so long after the wreck that his jaw was frozen to the ground when he was found. In addition, he had a broken leg and pelvis.

All the social media attention that was going into finding his owner, or finding him a new owner, suddenly exploded when people found out the dog had been euthanized before anyone had the chance to take action. One volunteer said the dog was actually euthanized a day early.

“I saw him yesterday and he had scooted himself across the floor, gobbled up treats, tail wagging; that leads me to believe he wasn’t dead,” Sanders, a volunteer with Chesapeake Animal Services said. “He still had fight in him.”

Chesapeake officials said the dog had made a turn for the worse and surgery wouldn’t have helped.

Sanders said a donation fund for Ozzy’s surgery was being set up, and that a vet in Pungo was ready to perform it at a discounted rate.

“Technically, his stray hold wasn’t up until tomorrow. So if his owner was out there, they could have come in today and asked to see their dog and their dog would have been in a black trash bag in the back,” Sanders said .

Chesapeake Police said nothing could have helped the dog. With Sanders so ready to do whatever she could to rehabilitate Ozzy, she wishes she would have been given the opportunity.

A CAS volunteer has written a post called “The Story Behind CAS,” claiming not all breeds are treated equally at the shelter.

CBS 6 affiliates News Channel 3 will continue to cover this story, and are investigating a petition to change management at the shelter. You can read their original story here, and they will post updates.